Manchester City have their sights set on Champions League, and won’t have their full compliment of talent available for today’s FA Cup meeting with Chelsea. City have bounced the Blues from two of the last three tournaments, but circumstances dictate today’s match should go in Chelsea’s favor.

City are away at Dynamo Kyiv later this week, and Manuel Pellegrini has told reporters he only has thirteen players available for today’s match. Last week Vincent Kompany returned to the starting lineup against Spurs, but City’s busy schedule will force younger faces into action today.

With the league gone and Champions League hopes fading, Chelsea will surely be all-in for today’s match. However the squad will still be missing John Terry. He’s still nursing a hamstring injury, and Guus Hiddink has mentioned his desire to use precaution on Terry’s return. 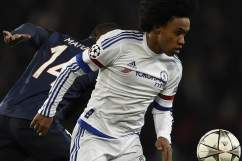 Chelsea vs. Manchester City Live Stream: How to Watch Online