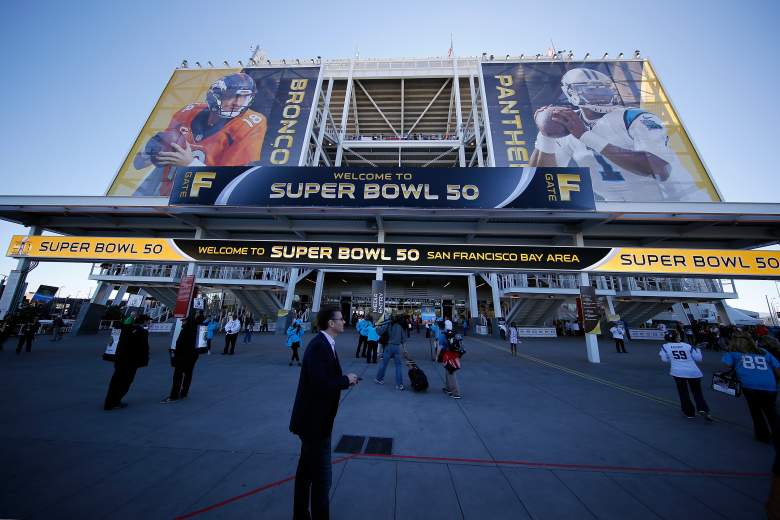 SANTA CLARA, CA – FEBRUARY 07: Fans stand outside of Levi’s Stadium prior to Super Bowl 50 between the Denver Broncos and the Carolina Panthers on February 7, 2016 in Santa Clara, California. (Photo by Sean M. Haffey/Getty Images)

The Carolina Panthers and Denver Broncos are duking it out in Super Bowl 50. After a 10-0 start for the Broncos, Cam Newton led the Panthers on a 73-yard touchdown drive to make it 10-7. With a 24-10 victory spurred by Von Miller’s two forced fumbles, he took home the official MVP award, but our unofficial MVP poll is still ongoing.

Read our recap below, then vote for your favorite.

Miller’s strip-sack on Cam Newton turned into the game’s first touchdown. He added half a sack to derail the Panthers’ second-half-opening drive and killed another drive with a sack later in the quarter. Miller then effectively ended the game with a forced fumble giving the offense the ball at the 25. Miller finished with 4 tackles, 2.5 sacks, and a pass breakup in addition to the stats already listed, and took home the official MVP.

Jackson fell on Miller’s forced fumble to score the first touchdown and shared the drive-stalling sack with Miller. Jackson tallied 5 tackles and 1.5 sacks.

Ealy racked up two sacks on Peyton Manning and added a pick late in the first half. Early in the fourth quarter, Ealy also stripped Manning for a key turnover keeping them close. Ealy also had 2 tackles and a pass breakup.

Sanders had 5 receptions for 67 yards. Chief among them: 2 for 47 on a field-goal drive for the Broncos that put Denver up by two possessions.

His lack of Miller’s box-score glory comes largely down to luck, as he harried Newton on play after play, often coming up just short. Not always, though: he finished with 5 tackles and 2 sacks

Remember to also vote in The NFL’s official ballot.