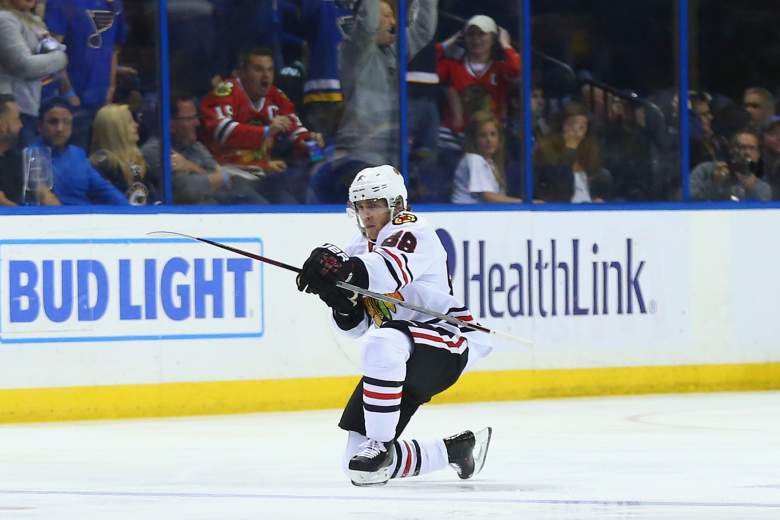 This series is heading back to Chicago after Patrick Kane lifted the Blackhawks to a 2OT victory on Thursday night. (Getty)

The Chicago Blackhawks refused to go down without a fight on Thursday night as Patrick Kane, naturally, lifted his team to a 4-3 victory over the St. Louis Blues in double overtime. The series isn’t over yet and, now, it’s also heading back to Chicago.

Chicago is now 12-3 since 2010 in elimination games, good news since that’s exactly what tonight’s tilt is; again. The victory is a major confidence boost for the Hawks who were facing whispers about their less-than-impressive early series performance heading in to Game 5.

Puck drop for the game is slated for 8 p.m. ET and is being nationally broadcast on NBC. Don’t worry if you wont’ be near a TV though. We’ve got ways to stream the game online and on mobile:

Read More
Hockey, NHL
Chicago managed to stay alive with a double OT victory on Thursday night and now bring the series back home. Here's how to catch the action.