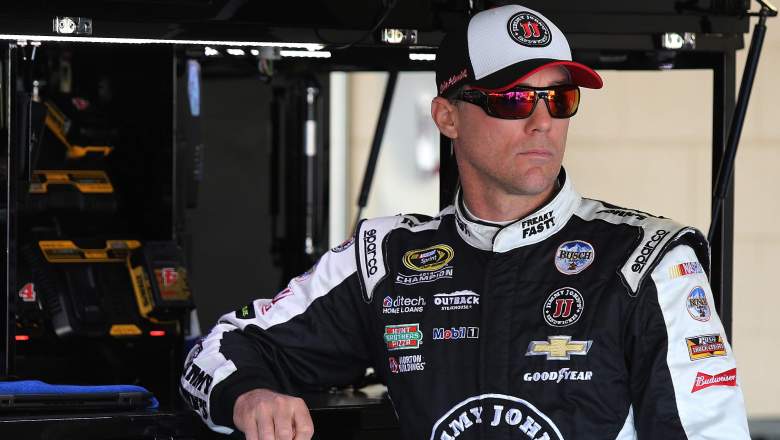 Kevin Harvick, driver of the No. 4 Chevrolet for Stewart-Haas Racing. (Getty)

The Kevin Harvick-to-Hendrick Motorsports rumors are circulating once again.

Harvick, driver of the No. 4 Chevrolet SS for Stewart-Haas Racing, has been linked to joining Hendrick in 2017, the year SHR announced it would be switching to Ford.

Hendrick, of course, is Chevy and its drivers include Kahne, Dale Earnhardt Jr., Jimmie Johnson and rookie Chase Elliott.

But Harvick has continually denied the speculation and did so again Tuesday via Twitter:

Oh don't take this the wrong way buddy I love twisting people up!! Going to be a fun week! https://t.co/n8O9eQPhPd

Bunch of people who make shit up…. https://t.co/HdLgxanmQU

Let's play a game. What has better information about things I do.

Harvick won the Sprint Cup Series championship in 2014 and dominated most of 2015, but fell short of the title.

In 2016 he has picked up where he left off. Harvick is the series points leader, 21 in front of 2015 champion Kyle Busch and 32 ahead of Kyle’s brother, Kurt Busch.