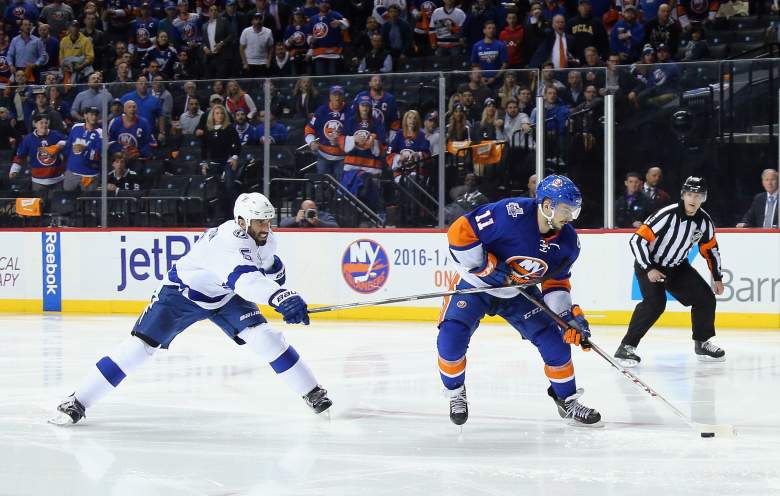 After back-to-back losses, the New York Islanders look to even up the series on Friday night. (Getty)

Justin Bieber kept the Tampa Bay Lightning and New York Islanders off the ice for several days, but now that the pop singer’s tour has moved out of Brooklyn, the two squads are ready to return to postseason action.

The Lightning grabbed a Game 3 victory in OT on Tuesday night and now New York is looking to even things up after dropping back-to-back games. Keep an eye out on the physicality of this one. This series has been defined by its hits and tonight, likely, won’t be any different. In fact, it might even help set the tone on Friday night.

Puck drop for the game is slated for 7 p.m. ET and is being nationally broadcast on NBCSN. Don’t worry if you wont’ be near a TV though. We’ve got ways to stream the game online and on mobile:

Read More
Hockey, NHL
The squads have had a couple days off and now return to the ice in Brooklyn for a Game 4 postseason tilt. Here's how to catch the action.