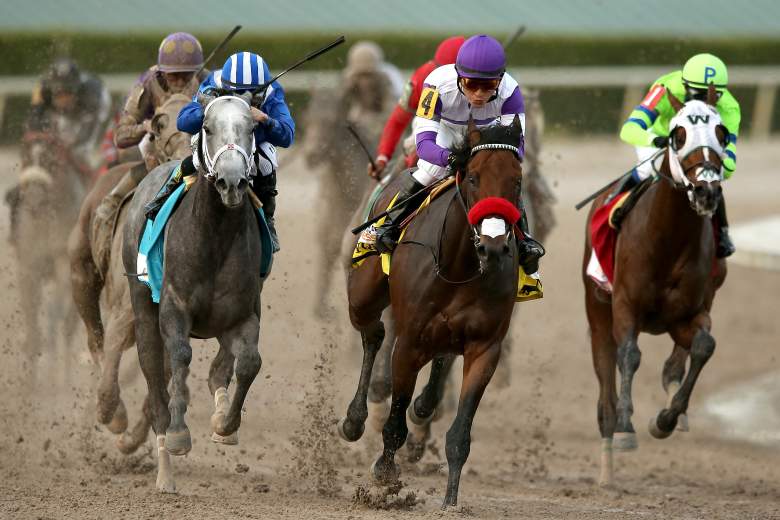 Nyquist (middle) is the favorite to win the Kentucky Derby. (Getty)

The 20 horses and post positions for the Kentucky Derby were officially announced on Wednesday during a press conference. There was a random drawing conducted to determine the order.

According to OddsShark, Nyquist is the favorite with 3/1 odds. He has won his first seven races and is coming off an impressive win in the Florida Derby.

Exaggerator is next in line at 8/1. Kent and Keith Desormeaux are looking to make history with Exaggerator by becoming the first jockey/trainer pair of brothers to win the Kentucky Derby. He will start in post 11.

Mohaymen and Gun Runner are tied for third in the odds at 10/1. Mohaymen was the favorite in the Florida Derby and had a disappointing fourth place showing at his home track. He will start in post 14 while Gun Runner will be in post 5.

Here’s a look at the official post positions and Morning Line odds courtesy of NBC Sports: