Getty The Vikings are down to three rookie linebackers behind their top three veterans.

Entering their first full-padded practice, the Vikings have sided on rolling with their rookie linebackers through the remainder of training camp.

The Vikings released linebacker Quentin Poling on Monday after the former Miami Dolphins linebacker suffered an injury in practice on Sunday, per Chris Tomasson. The move was to create space to add ex-Dolphins safety Steven Parker, who signed with the Vikings on Friday.

Poling signed with the Vikings on Aug. 8 following the news that Cameron Smith will miss the 2020 season due to a heart defect he discovered after testing positive for COVID-19. Smith was on special teams last season as a rookie and was expected to continue to vie for more action in his second season.

Smith looked to be a strong replacement for Gedeon as a rotational run-stopping linebacker when the Vikings weren’t playing three cornerbacks, but now, the Vikings have only rookies left in their linebacker room after their top three after DeMarquis Gates was released last week as well.

The revolving door at training camp is somewhat a byproduct of the new 80-man roster limit at training camp. If the Vikings kept a full 90-man roster they’d have to have split practices. It wouldn’t be a surprise if one of the released linebackers returned to training camp in the coming weeks, but as of now the rookies have the spotlight and will have the advantage of added reps. 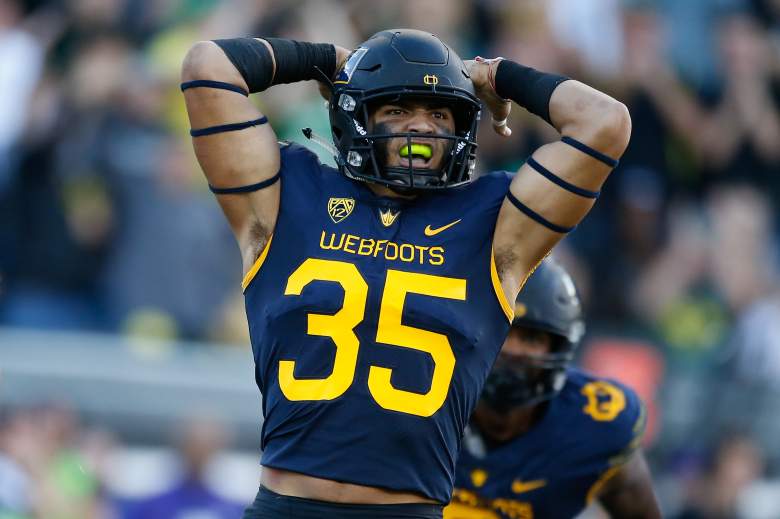 GettyVikings fourth-round pick Troy Dye may be in line for a larger role with the Vikings this season.

Eric Kendricks and Anthony Barr are mainstays as the Vikings star duo while Eric Wilson has come along in his three years in the league. While Wilson is a better fill-in for either Kendricks at middle linebacker or Barr at outside linebacker, he’s started at weakside linebacker when Gedeon was out last season.

Behind the veteran trio are three rookies. Fourth-round pick Troy Dye out of Oregon has been a surprising bet for Defensive Rookie of the Year as Vegas has banked on Dye making an impact right away. He led the Ducks in tackles four straight years and posted impressive numbers in several other categories: five interceptions, 14 passes defended, 13 sacks, four forced fumbles, 28.5 tackles for loss. He’s likely a top candidate for special teams reps and some limited action behind Wilson.

Baylor seventh-rounder Blake Lynch is an interesting prospect who made 32 career starts in college at five different positions: cornerback, linebacker, safety, wide receiver and running back. He started all 14 games in 2019 at linebacker, totaling 134 tackles, 13.5 tackles for loss, 6.0 sacks, three interceptions, 12 passes defended and a blocked kick for the Bears.

Undrafted rookie Jordan Fehr out of Appalachian State was picked up for his freakish athleticism. He ran a 4.45 40-yard dash, posted a 40.5-inch vertical and bench pressed 415 pounds. Fehr played a similar role to Anthony Barr’s in college. The Vikings didn’t use any guaranteed money to sign Fehr as he could be a preseason cut and be moved to the practice squad for the 2020 season.

Read More
Football, Minnesota Vikings, NFL
The Vikings have released several veteran linebackers and have only three active rookie linebackers behind the starters on the depth chart.