"I'm the Number One living and breathing rock star!" – @KanyeWest

Christian rocker Sonny Sandoval of band P.O.D. has some godly inspiration to share with Kanye West based on his new album Yeezus. TMZ.com reports that according to Sandoval, Kanye’s attempt to portray himself as god-like or divine through his new gigs is a crime against Christianity. Uh-oh, Kanye! Beginning with his rant on replacing Steve Jobs, his album name resembling a major symbol in Christianity, and even his new song entitled “I am a God;” perhaps Kanye is giving himself a little too much credit. At least, this Christian rocker thinks so. Sandoval thinks Kanye needs to show religion a little more respect… Who does he think he is anyway, god?

Sandoval’s exact words on Kanye, according to TMZ.com, were:

Kanye West deceives many and will lead many people astray.

Do you dig Kanye's new attitude? Tell your friends all about it!

Meanwhile, according to LoudWire.com, musical creations are brewing in Sandoval’s corner of the world, as well. Flyleaf and Sandoval’s own P.O.D. are expected to team up on tour this summer and perform for their fans on July 13, 2013. One of P.O.D.’s greatest new songs this summer is called “Something Better,” and they’re standing on the tips of their toes about it… Maybe Kanye could take a hint from Sandoval and name his album something better. 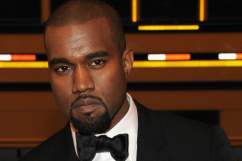 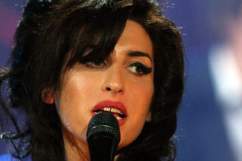 Pass this on if you think Kanye should tone down all the god-talk!