Well, well, well … It looks like Justin Timberlake’s racy video that was banned from YouTube is back on!

The video dubbed as NSFW, which featured topless models dancing seductively in nude thongs, was originally banned because of its explicit content. However, the video has been brought back to the site with a warning.

According to the Hollywood Reporter, the video has been brought back, tagged with a warning, and already has well over one million views.

While our guidelines generally prohibit nudity, we make exceptions when it is presented in an educational, documentary or artistic context, and take care to add appropriate warnings and age restrictions.

Take that! A victory for JT! 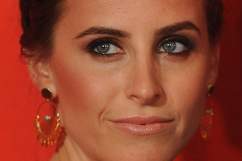