Philadelphia Eagles football player Riley Cooper was thrust into the spotlight after a video of him using a racial slur surfaced on the internet. Here’s what you need to know about the incident and the star athlete. 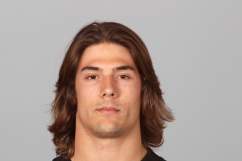 1. Riley Cooper is the Wide Receiver for the Philadelphia Eagles

Riley Cooper is a the wide receiver for Philadelphia Eagles. He was drafted by the team in the fifth round of the 2010 NFL Draft and was signed to a four-year contract.

2. He Was Caught on Camera Using a Racial Slur

Riley CooperEagles wide receiver Riley Cooper saying he'll fight every n*gga at Kenny Chesney concert2013-07-31T19:09:53.000Z
The 25-year-old professional football player is currently under fire after being caught on camera using a racial slur during a confrontation with an African American during a Kenny Chesney concert on June 8. In the newly-surfaced YouTube video picked up by Philadelphia sports blog CrossingBroad.com, Cooper is heard saying “I will jump that fence and fight every [n-word] here.” Check out the video clip above!

3. He Apologized for the Incident

Cooper has since profusely apologized for using the language after the video clip surface.

“It’s going to be very difficult for me. I’m going to tell them, ‘I’m extremely sorry,’ tell them exactly what I’m telling you guys,” Cooper told reporters. “There was a confrontation and I handled it extremely, extremely poorly. This is kind of the lowest of lows. This isn’t the type of person I want to be portrayed as. This isn’t the type of person that I am. I know no one in Philadelphia is happy with me right now. I accept that. I just hope they see the true me. And accept my apology.”

The football star also took to Twitter to vocalize his regrets.

I am so ashamed and disgusted with myself. I want to apologize. I have been offensive. I have apologized to my coach, Jeffrey Lurie, and

Howie roseman and to my teammates. I owe an apology to the fans and to this community. I am so ashamed, but there are no excuses. What I did

Was wrong and I will accept the consequences.

4. Cooper Said His Parents Are Even Disgusted by His Words

When asked how he could let a racial slur come out of his mouth, Cooper responded:

“I shouldn’t have. I’m disgusted. And I’m sorry. That’s not the type of person I am. I wasn’t raised that way. I have a great mom and dad at home. And they’re extremely, extremely disappointed in me. They are disgusted with my actions.”

5. He Was Drinking at the Time of the Altercation

“I was drinking,” he said. “But that is no excuse for what I said and what I did. I’m willing to accept any consequences.”

6. The Eagles Has Condemned Cooper

“We are shocked and appalled by Riley Cooper’s words. This sort of behavior or attitude from anyone has no role in a civil society,” Eagles owner Jeffrey Lurie said in a statement. “He has accepted responsibility for his words and his actions.”

The Eagles also fined Cooper for an unspecified amount.

“It was a good amount of money, but that’s really not important,” Cooper said. “The situation should not have been dealt with the way I dealt with it.”

8. He Also Got Into a Fight Before the Show

Riley Cooper fightRiley Cooper got into a "fight" at the Kenny Chesney concert2013-06-09T14:02:41.000Z
In addition to his racist outburst, Cooper was also filmed getting into a physical altercation in the Lincoln Financial Field parking lot before the show.

9. The Athlete Played for the University of Florida in College

Before playing for the NFL, Cooper played football for the University of Florida. He accepted an athletic scholarship to attend the university in Gainesville, Florida, and played for coach Urban Meyer’s Florida Gators football team from 2006 to 2009.

Cooper was drafted by the Philadelphia Phillies out of high school in the 15th round of the 2006 MLB Draft, but passed on the contract to play college baseball for the Florida Gators as an outfielder. He signed a deal to play baseball for the Texas Rangers but ultimately decided to delay his MLB career and returned to play football for Florida in 2009. 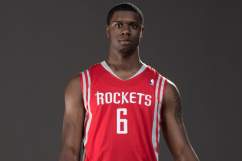