Disney and Pixar just released some exciting new information on their upcoming film, The Good Dinosaur.

Disney-Pixar’s Upcoming 2014 & 2015 Films – Details of the casts of The Good Dinosaur, Inside Out, Finding Dory! http://t.co/btVlEPpuuA

And, according to Slash Film the cast for the film has finally been chosen. These are the celebrities whose voices will be featured: John Lithgow will play the father, Frances McDormand will play the mother, Bill Hader and Neil Patrick Harris will play brothers “Forrest” and “Cliff,” Judy Greer will play “Ivy,” and Lucas Neff will play the lead character “Arlo.” Sounds like a great team! 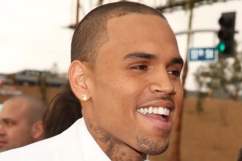 According to the source, the 3-D computer animated plot of the film will be based on the “asteroid” theory said to have destroyed the existence of dinosaurs — questioning: what would have happened if the asteroid never hit planet earth? Maybe we’ll never really know, but the creative comedy is bound to give us a good look at what could have happened. Variety adds, the dinosaurs are all farmers in the film, And, they can talk and co-exist with humans… So, this should be interesting.

Stay tuned for the premiere of The Good Dinosaur and check out the trailer below:

Pixar Upcoming Movies : The Good Dinosaur 2014 & Inside the Mind 2015 – Beyond The TrailerCan Pixar regain its sterling reputation even after audiences were disappointed with it Best Animated Feature Oscar win for Brave? Beyond The Trailer host Grace Randolph takes a look at upcoming movies from Pixar, including The Good Dinosaur in 2014 and Inside the Mind in 2015! Are Pixar movies as good as they once were?…2013-03-12T21:37:33.000Z 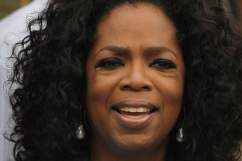 Read More
Celebrities, Dinosaurs, Disney, Movies, Pixar, Twitter
The cast for Disney and Pixar's new film "The Good Dinosaurs" has finally been announced and it features some epic celebrity voices you wouldn't suspect!