Natalie Guercio is definitely a spit-fire, bringing sex appeal mixed with a little controversy to the show Mob Wives: New Blood. Check out the 5 fast facts on the new girl on the block.

As a new cast member on the reality series Mob Wives, one would think she would be treading lightly. No way. Guercio is off and running. After getting a little tipsy when she first meets veterans Drita D’Avanzo and Big Ang, the two vets are less than pleased. But, Guercio is not one to brush things off. After hearing the girls talking about her behavior at cast-mate Renee Graziano’s fashion show, she confronts Drita and moves on from there.

A couple episodes later, it’s Renee who Guercio clashes with. After telling Renee’s date that he smells delicious, things went downhill fast. Then, when the group makes a trip to Las Vegas, things get physical at the breakfast table when Renee and Natalie go head-to-head.

2. Big Ang and Guercio Are at War on the Show

@Natalie_Guercio you're no prize either wow very funny aren't you

Well, actually, fake Natalie and fake Big Ang are at war … They each have people who’ve made fake Twitter accounts and apparently, the two fake accounts are at odds. Check out some of these crazy tweets.

I hope she gets an STD. Again. @Angela_Raiola

3. Her Family’s Funeral Home Is Known for Its Mob Connections

Over the years Carto has buried a virtual who’s who of the Philadelphia underworld including Michael “Mikey Chang” Ciancaglini, Chickie Narducci, Frankie Baldino and Anthony “Blonde Babe” Pungitore.

In 2011, Guercio apparently took over the family business and strives to bring it back to its glory days. The funeral home offers 24 hour service to anyone who needs it. Their website reads:

Our doors are always open to answer and discuss any questions you might have about any type of funeral service. Please do not hesitate to contact one of our experienced funeral directors, 24 hours a day / 7 days a week … Our family is here, to help yours.

4. Guercio Hit a Woman Over the Head With a Bottle at the Show’s Premiere Party

Natalie Guercio got a little violent at the Mob Wives’ premiere party, smashing a bottle over a woman’s head at club Greenhouse in New York City, as reported by Page Six. Guercio was involved in some sort of drunken argument with a woman near the dance floor. When the cousin of the woman, Alexis Crinion Genovese, came to try to stop the fight, she got smacked over the head with a bottle by Guercio. Genovese was taken to the hospital where she received 7 stitches.

The victim in the incident has mafia ties as well, as she married Anselmo “Sammy” Genovese, who’s linked to the Genovese crime family.

5. She’s a Single Mother With a Son Named Nunzio

@AliciaDiMichele LOOK MAMAS!! ITS US!! In US WEEKLY!! Oh & guess what?!?! WE ARE VERIFIED!!! WE IS OFFICIAL !!U pic.twitter.com/w5axShGe4I

As a single mother to a 9-year-old son named Nunzio, Guercio definitely can hold her own in raising her boy. And, she doesn’t let being a mom hinder her dating life. Check out this guy who seems to be her boyfriend. She has tons of photos kissing him all over Twitter.

And, even some photos with her mystery man and her son together … 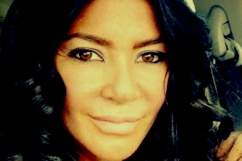