The rapper and mogul Benzino, real name Raymond Scott, was shot today at his mother’s funeral. He is reported to be in stable condition in hospital, reports The Boston Globe.

1. Benzino Was Driving Alongside the Procession

He was shot multiple times at the funeral in Duxbury, Massachusetts. It’s alleged that the rapper was driving away from procession when he was shot at three times.

Accord to tweets suspect in rt. 3 Duxbury shooting may have been apprehended Samoset St at Exit 6 pic.twitter.com/5xrFCpzEeP

2. His Mother’s Hearse is Reported to Have Been Blood Stained

He announced had announced this week that his mother had passed. The funeral procession was moving from Quincy, Massachusetts to St. Peter’s Church in Plymouth. TMZ reports that the funeral continued despite the shooting. The gossip site also says that when the hearse and casket arrived at the church, they were both blood stained.

3. Cops Arrested His Nephew in Relation to the Shooting

WCVB reports that cops have arrested 36-year-old Gai Scott in relation to the shooting, he’s Benzino’s nephew. Plymouth County District Attorney Timothy J. Cruz said in a statement, “There’s been growing family tension between Raymond Scott and Gai Scott. At some point when the cars were side by side, Gai Scott fired several shots into the red Dodge SUV being driven by Raymond Scott” He’s charged with assault with intent to murder. 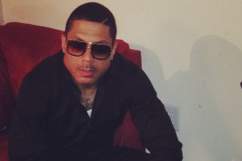 4. The Attack Caused Havoc on a Major Road in Massachusetts

The shooting closed a major road in Duxbury for most of Saturday. The Boston Globe reports the shooting occurring at 11:55 a.m. with a section of Route 3 closed until 4 p.m.

5. He’s Known to Have Had Beefs Throughout His Career

Benzino is known as a rapper and as the owner of The Source magazine. Arguably, his most famous beef was with Eminem, over what the Detroit rapper felt was negative copy he received in the magazine. The magazine was formed while Benzino was a student at Harvard. He’s been in a star on Love & Hip Hop: Atlanta since 2012. 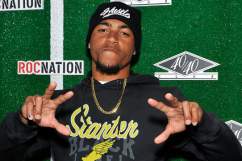 Did the Eagles Cut DeSean Jackson Because They Think He’s a Gangster?