Let’s learn more about the woman who’s snagging some of the best roles in Hollywood.

Lucasfilm announced Monday that Christie would join the cast with Lupita Nyong’o.

The Daily News reported that Lucasfilm President Kathleen Kennedy said in a statement, “I could not be more excited about Lupita and Gwendoline joining the cast of Episode VII. It’s thrilling to see this extraordinarily talented ensemble taking shape.”

In her first major role, she plays Brienne of Tarth on Game of Thrones.

According to Game of Thrones Wiki, she said:

To be involved in something that is genuinely challenging gender stereotyping is what I’ve always wanted. I don’t have to worry about whether I look attractive. Brienne looks like a bag of dung – that’s the character and that’s fine – so I can focus on other things.

3. She’s in the Next ‘Hunger Games’ Film

Thank you for all the wonderful congratulations!! I am so excited to be a part of the #HungerGames !!!!!!!!!!!!

Her height helped her win the role in Game of Thrones.

It also helps her weed out potential mates.

I wouldn’t say it has increased my options. But I’ve always thought that the height is a very good detector of the good ones: because if they can get over that, they have got good mettle.

However, there have been times when she’s felt like she didn’t belong.

There’s so many parts of my life that I’ve struggled with — that so many millions of others struggled with — about being an outsider, about feeling ugly, about having to overcome looking different to other people.

5. Her Boyfriend Is a Famous Designer

When Elle UK asked her about him, she coyly replied:

All I will say is that I think Giles Deacon is an exceptional man, and exceptionally talented, and a true and brilliant individual. That’s it. 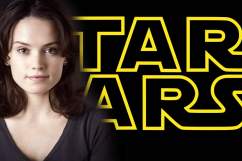