liiiiiiike y doesn't shiloh fernandez do more movies so I can stare at him?????? pic.twitter.com/NTAD0jwmg4

Shiloh Fernandez is causing quite a stir after being the object of Shailene Woodley’s lust in the new video released in anticipation of White Bird in a Blizzard.

Let’s learn more about the 29-year-old California native who’s earning some of the best roles in Hollywood right now.

1. He Made a Sexy Short with Selena

Searching is the three minute video the pair did after Gomez’s Flaunt magazine photoshoot.

The 2013 short film was shot in Rosslyn Hotel in downtown L.A.

In this trailer for White Bird in a Blizzard we see Fernandez literally all over Shailene Woodley.

Set in the ’80s, the movie chronicles Woodley’s tumultuous life after her mother leaves while she’s in high school.

The film, which stars Eva Green as Woodley’s mom, is out on November 20.

3. He Almost Got R-Patz’s Part in ‘Twilight’

Use Shiloh Fernandez. He's hot. And got that young Sirius kind of look. pic.twitter.com/Uf49MQVPiM

Catherine Hardwicke, casting director for Twilight, loved Fernandez for the part of Edward, but in the end, Robert Pattinson beat him out.

He told Interview magazine, “It appears that I was closer than I maybe remember. I did have a screen test and signed contracts and all that.”

When casting her future film, Red Riding Hood, Hardwicke brought back Fernandez for a screen test with Amanda Seyfried.

In an interview with EW, Hardwicke gushed:

Other guys I’ve directed in love scenes, I have to direct them, you know? Like, do that. Move your arm here. You don’t have to do that with Shiloh — he already has a PhD in just being sexy. He knows how to seduce. He’s got it going on. I was like, ‘Wow, okay. Roll camera!’

I don’t eat meat, that’s important. I really like popcorn. I love the vegetarian burrito from Machos Tacos on the corner of Prospect and Vermont streets in Los Feliz, California. That’s my favorite thing, with two buckets of salsa. 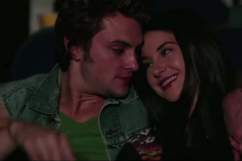 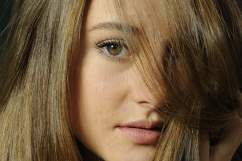