Cops in New York City arrested 43-year-old Troy Warren after he threatened to punch Good Morning America host Robin Roberts in the face over some money she allegedly owed him, according to TMZ. Warren showed up to ABC’s Times Square studios at least eight times between June 10 and June 24 the New York Post reports.

1. He Told Good Morning America’s Head of Security He Wanted to Punch Roberts

The New York Post reports Warren approached Michael Centrella, Good Morning America’s security director, on June 24, saying, “When I see her I’m going to punch her in the face.” According to the Post, Warren asked to see Roberts several times in spite of being asked to leave.

Live With Kelly and Michael host Michael Strahan faced a similar situation earlier this month when Andre Johnson, a 25-year-old homeless man, pulled a knife on an ABC Studios security guard saying he was, “there to kill Michael Strahan.” The New York Post reports Johnson went on a rant during his July 28 court hearing about how his lawyer was part of the Illuminati, causing the judge to order a mental capacity test be conducted.

3. Warren’s Scheduled to Appear in Court Next Week

According to records from New York City’s Department of Corrections, Warren is scheduled to appear in court Monday, Aug. 4. He has been charged with stalking in the fourth degree and is being held on $3,000 bail. According to the New York Daily News, Warren is homeless.

4. Roberts Is a Cancer Survivor

Roberts was diagnosed with breast cancer in 2007, but beat the disease that same year. In 2013, she was diagnosed with myelodysplastic syndrome (MDS). MDS was once known as preleukemia and affects a patient’s blood and bone marrow. 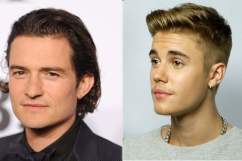