Robin Williams tragically died in a suicide by hanging and the person who found him was his longtime personal assistant Rebecca Erwin Spencer, 57. Read on for the facts.

1. Williams’ Assistant Became Concerned When He Didn’t Answer the Door

According to reports, Williams’ personal assistant Spencer decided to check on him when he didn’t answer the door. After managing to get in the room, she found Williams hanging. Upon finding Williams’ body, Spencer called the police. KPCC Radio reported that:

Spencer was a longtime assistant and friend to Williams who was considered part of the family.

2. The Scene Was Horrific

Williams’ assistant walked in on his body hanging in a seated position as a belt was tied around his neck. The press conference about Williams’ death reported:

He was found suspended with a belt around his neck wedged between the closet door and the door frame, Boyd said. He also had what were described as superficial wounds on the inside of his left wrist, with a pocket knife located nearby with what appeared to be blood on it.

Rigor mortis had already set in when Williams’ assistant found him. Toxicology results won’t be available for a couple weeks, but it was reported that there were no signs of injuries from a struggle. Police do not suspect foul play. The autopsy is scheduled for August 12, 2014. 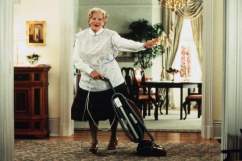 Spencer worked for Williams on many of his films as his assistant, starting with Mrs. Doubtfire. According to the Daily Mail, Spencer would move with her husband to be near to Williams and would often spend time just socializing with him. In addition, Spencer would travel with Williams to Iraq and Afghanistan on his USO tours.

Robin with some heroes tonight! pic.twitter.com/5o3wg6QX

Though Spencer and her husband, Dan, are a private couple, according to neighbors, friends had gathered at her home in support on Tuesday, and others had left condolence notes and bouquets of flowers outside on her porch. 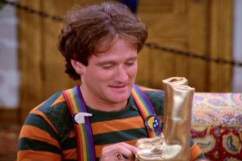 In reference to Williams’ break out role as Mork on Mork and Mindy, Spencer often referred to Williams as “Mork Guy.” Daily Mail writes:

Having worked with Williams for at least 20-years, Rebecca was trusted by the sometimes manic comedian to keep him grounded, in particular keeping his ego in check by addressing him with the pet name, ‘Mork Guy’, in reference to his breakthrough role in Mork and Mindy.

The NY Daily News wrote about Williams’ relationship with Spencer:

He honored Spencer when he accepted the Cecil B. DeMille lifetime achievement award at the 2005 Golden Globes. In a lighthearted but touching speech, he thanked her for making sure stardom never got to his head.

5. The Identity of Williams’ Assistant Was Not Immediately Released

Williams’ family and rep released statement asking for privacy during this difficult time. In addition, the name of Williams’ personal assistant was not released to the public right away. An insider told the Daily Mail:

Rebecca was incredibly close to Robin. She used to live In San Fransisco, but when Robin moved out to Tiburon, she moved to a place about five minutes away.

Spencer was seen entering Williams’ home around 11:00 a.m. on Tuesday, the day after the incident, and actually posted a photo of herself with Williams on Facebook.