Both recovering after a wild weekend ?

Kaley Cuoco-Sweeting stars in one of the highest rated sitcoms of the moment and is married to the love of her life.

Being a star an have its setbacks, like when her nude photos were leaked and her new pixie haircut caused a controversy on social media.

However, the down-to-earth actress always has a sense of humor, which makes her perfect for the role of Penny.

Here’s what you need to know about the 28-year-old.

1. She Thinks Penny Has Evolved 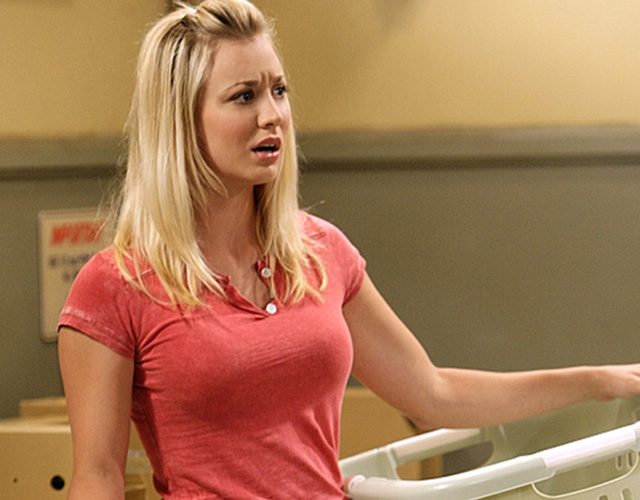 When we first meet Penny in Season 1, she is a struggling actress working at The Cheesecake Factory. On Season 8, she has landed a job as a pharmaceutical sales rep and is engaged to her briny neighbor, Leonard.

Her time spent with the crew of physicists has changed her.

In an interview with TV Line, Cuoco-Sweeting said, “I think she knows a lot more about all this stuff than she would like to or ever thought she would. I think it’s funny when she catches herself talking about Star Trek or under-standing what they’re saying – like, “How did this happen?” She’s come a long way.”

The actress also makes it clear that her character is not a ditzy blonde, but a strong woman with a good sense of humor.
She told the Huffington Post, “She’s obviously not book-smart, but she’s street smart and good-hearted and can make fun of herself. The producers never made her ditzy. Maybe she doesn’t always get what the guys are talking about. But in that way she represents most of the world.

She’s Married to a Tennis Player

After a short courtship, Cuoco and Ryan Sweeting made it official on December 31, 2013 at Hummingbird Nest Ranch amongst 150 friends and family.
In fact, she has the numbers, 12-31-13, to represent her wedding date, tattooed between her shoulders.

Cuoco once gushed to Entertainment Tonight, “From day one, I just knew immediately and it’s been magic. We have all the same family friends. We grew up with the same people, we just never met. So I kind of feel that I’ve known him my whole life.”

Sadly, the couple already has to fend off divorce rumors.

In early September, Perez Hilton reported exclusively that he heard about an after-Emmy argument they had.

A witness told the site, “They were very angry — going back and forth at each other…Kaley — who’d been drinking rosé — whispered ‘Please don’t leave me’ to Ryan, then got up to go to the bathroom. After she walked away, Ryan put his finger to his head and pretended to shoot himself. Twice.”

3. She Joked After Her Photos Were Leaked

Cuoco-Sweeting was one of the actress to have her nude photos leaked in the event known as “The Fappening.”

“I sent an email out to family, and said, ‘Just so you know, this happened…It was just a really bad situation, but I took it in my own hands and made a joke about it.”

In an interview with Jimmy Kimmel, above, she explained that she used an app to alter an Instagram picture of her and her husband to make it appear as though they were naked.

4. She Remembers Her TV Dad Fondly

One of my favorite memories. Riding California screamin w #johnritter ! (He screamed louder than me)

In 8 Simple Rules for Dating My Teenage Daughter, she played John Ritter’s oldest daughter, and her connection with the comedian, who died suddenly during the show’s second season, was instant.

My favorite memory of John was the table reading we had for 8 Simple Rules. I had just turned 16 and I walked in wearing a very tiny outfit. I was sitting at the table reading my script when John walked in the room. He walked straight over to me, pulled off his jacket, threw it over me and said, ‘Cover up! I’m not letting you leave dressed like that!’ From that instant, he became my TV dad.

Besides being a parental figure to her, she also credits her affinity for sitcoms to Ritter.
“Working with him showed me that I loved sitcoms. I’m a `Bridesmaids’ type of girl. I love silliness. That’s who I am at heart, and I know I can do it. If my career path takes me elsewhere, that’s great. But comedy is my forte,” she told the Huffington Post.

The real-life Penny and Leonard didn’t even tell their cast mates for four or five months that they were together.
The first time Cuoco spoke publicly about her time with Galecki was with CBS Watch.

She said that they were committed to keeping their love under wraps:

It was a wonderful relationship but we never spoke a word about it and never went anywhere together. We were so protective of ourselves and the show and didn’t want anything to ruin that.

However, she also admitted that it was upsetting to be in that kind of hidden union.
“But that also made it sad, too. That’s not the kind of relationship I want-I don’t want to be hiding. We couldn’t do anything. It wasn’t as fun as we wanted it to be,” she said.

In an interview with Cosmopolitan, she admitted to it being uncomfortable for a short time on set after the break up.

“It took a minute, a bit of awkwardness. By the grace of God, we became best buddies and moved on in such an elegant way,” she said.

As expected, they are frequently asked about their years together during interviews.
On The Talk, Cuoco explained:

Sometimes you just can’t help it and we totally fell for each other… We had an amazing relationship…It is a miracle and a blessing that we have become the best of friends.

Galecki feels the same and told CBS Watch, “We’re dear friends, still. Kaley’s not just an ex, she’s a part of my life.”