Serial is the #1 podcast in America right now. It’s “one story, told week by week” by This American Life producer Sarah Koenig.

Serial follows the real life story of the murder of Hae Min Lee, a senior at Woodlawn High School in Baltimore County, Maryland on January 13, 1999. Her body was discovered in nearby Leakin Park a month later. She had been strangled to death by someone’s bare hands. Soon after, her 17-year-old ex-boyfriend, Adnan Syed, was arrested, tried, and convicted of the murder. He now resides in prison with a life sentence.

The case against Syed was almost entirely based on one witness’ testimony, Jay. Jay testified that he had assisted in disposing of Lee’s body, even helping wipe down the shovels they used to bury her.

Syed has always maintained his innocence and that he doesn’t know who killed Lee.

Some believe him, some don’t.

The host of Serial, Sarah Koenig, learned about Syed and Lee’s murder over a year ago. Ever since then, she’s been doing her own detective work not on just if Syed is innocent, but on how well anybody can really judge a man’s capability to commit murder.

The final episode was released today. Here the top 5 theories on who really killed Hae Min Lee fifteen years ago.

To listen to the Serial podcast, click here. It’s free.

Read below, but be warned if you’re not caught up—it contains spoilers. 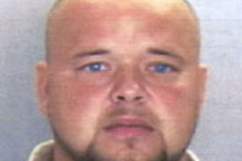 The case of someone else murdering Hae Min Lee is presented strongest in the last episode, when Sarah Koenig gets an excited phone call from Deirdre Enright, a lawyer with The Innocence Project.

Mario, a student of Enright, decided to look online at possible signs of an uncaptured serial killer in the Baltimore County area during the time of Hae’s murder.

He found a man that might fit that description named Ronald Lee Moore. You can read more about him here, but here’s the breakdown of why this is plausible.

As Koenig reported, Moore was released from prison on January 1, 1999. He had been in jail for a number of charges, most revolving around drug and burglary charges.

This might seem unconnected, but in 2013 DNA evidence from a cold case for the murder of Annelise Hyang Suk Lee, a 27-year-old female of Asian descent, was found to be a match to Moore. Suk Lee was discovered raped, beaten, and strangled to death in her apartment bedroom.

Soon after Moore was arrested on unrelated burglary and sexual assault charges in Glen Burnie, Maryland. He was in jail until 2007 when he was accidentally released due to a clerical error. He escaped to New Orleans, Louisiana, where he was picked up for breaking-and-entering.

Once Louisiana police matched him to a wanted person in Maryland, they arranged his transfer. Moore committed suicide before his transfer by hanging himself in his cell by a mesh laundry bag.

Should Moore’s DNA be a match to the untested fingernail scrapings and hairs found on Hae’s body, Adnan could be a free man. However, Enright’s appeal has yet to be granted by the state. 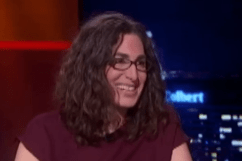 As many Serial listeners can attest, the underlying question through all the episodes of season one of Serial is, “What’s the deal with Jay?”

At times Jay seems helpful, at other times he seems incredibly suspect.

There was also some incongruity on if Jay called the police or if they showed up by themselves.

On top of other damning inconsistencies, it’s safe to say that Jay is lying about something—though his story was streamlined for Adnan’s trial.

What some have proffered is that Jay is a criminal informant.

Why? In the subreddit designated to Serial, Redditor aeslehcssim brings up a few valid points on informnation that he draws from both the podcast and from some of his own research.

Jay claims to be heavily involved in the criminal world and that he has been picked up by the police a lot, but the police state that there’s no record of this—just a few petty things. Jay could have traded information to them so it wasn’t on his record.

Most conveniently he was provided a lawyer pro bono, which is very rare. And he got no jail time in his assistance to helping Adnan dispose of Hae’s body.

Still, others think Jay has no connection to the police and that he and Jen might have more involvement in Hae’s disappearance. Particularly because Jen and Jay also give different locations to where they disposed of Jay’s dirty clothes and boots after he buried Hae.

In the last episode of Serial we have some new revelations about Adnan, most notably that through deep investigation by Koenig and her colleagues that his alleged “butt dial” to Nisha could have been just that.

Regardless, as Koenig points out, Adnan is either a criminal or was just incredibly lucky January 13.

Between the hot-potato-stories of who has his phone and who has his car, and more-so where he was thanks to cell phone ping records, Adnan isn’t telling the whole truth about something.

If Adnan did do it, the timing does work out due to the fact that he hadn’t seen Hae much because of winter break. And if he realized that he lost her for good after returning to school after winter break with at least two absences, January 13 would be a viable date for him to unleash his anger.

However, none of his or Hae’s friends corroborate that he was angry.

On the other hand, is Adnan a psychopath? In a subreddit discussing his behavior, there is evidence presented by people that allegedly know Adnan from the Baltimore Muslim Community that he had a history of lying. A lot.

In fact, even his brother, Tanveer, called Adnan a “masterful liar.”

Others state that Adnan was and is definitely capable of committing murder.

Koenig begins her last season one podcast with a quick blurp about Don.

One thing that stuck out is that while Don did have a computer-generated, time-stamped receipt of him being at work when Hae disappeared, it wasn’t at his normal LensCrafters office.

He was working at the Hunt Valley, Maryland one, which happened to be owned and supervised by his mother.

While there’s little more to the story than that, other than a note in Hae’s car for Don, it does make you wonder if Don’s alibi was too good.

There’s no news on whether Deirdre Enright’s request has been granted, but if DNA evidence casts doubt on Adnan, you can bet there will be a media storm appeal.