WWE Monday Night RAW for the evening of January 26, 2015 has been met with an unfortunate event that has forced its cancellation – a severe snowstorm that is set to hit Connecticut. Here’s what all wrestling fans need to know about everything regarding the WWE having to shut down their live taping schedule for their premier show.

1. The WWE RAW Taping in Connecticut Has Been Cancelled

Tonight’s WWE RAW taping was set to take place at the XL Center in Hartford, Connecticut. However, fears have arrived over the onslaught of snow making its ways towards the northeast and more specifically the Connecticut area.

Due to this severe weather warning, that RAW taping has been cancelled. Reports have come out that WWE’s production trucks have already been loaded with equipment and its crew are set to leave the arena.

WWE.com notified fans of the ticket information they’ll need to know for both the cancelled WWE RAW taping and rescheduled SmackDown taping for this week:

– Hartford, Conn., XL Center: Tickets for tonight’s show in Hartford will be honored for a SmackDown event this Thursday, January 29 that will air live on Syfy.

– Boston, Mass., TD Garden: Fans with tickets to tomorrow’s event in Boston will have the option of either exchanging tickets for an upcoming WWE event on Saturday, June 27 or obtaining a refund at point of purchase.

2. The WWE SmackDown Taping Has Also Been Postponed

This Tuesday’s WWE SmackDown taping was planned to go down at the TD Garden in Boston, Massachusetts as well. That event has also been shut down to the snow storm also hitting the area. The WWE has decided to run the event on Thursday instead as a live broadcast, which will air on the SyFy Network.

3. The Governor of Connecticut Has Issued a Travel Ban for the Evening

Connecticut Governor Dannel P. Malloy made sure to ensure they safety of his state by issuing a travel ban that goes into effect at 9 p.m. EST this evening. It shall be noted that only emergency vehicles and Department of Transportation plows for the state of Connecticut will be the only cars allowed out on the show covered roads. Public transportation will also be shut down at 8 p.m. EST.

During an interview with local news affiliates out of Connecticut, Governor Dannel P. Malloy issued a clear statement on his feeling towards the cancellation of tonight’s WWE RAW event:

As important to the world economy as wrestling is, public safety tops it.

5. The WWE Will Air a Live, In-Studio RAW Program for Tonight

The WWE has decided to honor its loyal fans by choosing to air a special broadcast straight from their headquarters in Stamford, Connecticut. This live program airing is set to hit the air on the USA Network at 8 p.m. EST.

It’s interesting to note that Arnold Schwarzenegger gas been announced as the next inductee into the WWE Hall of Fame class for 2015, so fans can possibly look forward to his announcement video on tonight’s WWE programming. 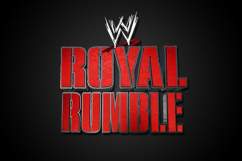 WWE Royal Rumble 2015: The Results & Highlights You Need to Know

WWE Royal Rumble 2015: The Photos You Need to See