Star Wars Celebration 2015 is upon us, and we’re certainly excited for all of the upcoming Star Wars news about The Force Awakens and Battlefront we’re going to receive over the next few days. Our nerd levels are at an all time high, and yours probably is too. One of the greatest aspects of Star Wars since its original release is the great licensing for toys and collectibles — there are truly some cool Star Wars toys out there.

So without further ado, here are the top 5 best Star Wars toys and collectibles for sale:

We all played with lightsabers as a kid. Even if you didn’t get into Star Wars, you still got into “sword” fighting with lightsaber toys. But, now there are new and improved lightsabers from Hasbro like the Anakin to Darth Vader Color Change Lightsaber Toy, an officially licensed lightsaber that changes from blue to red in color. This lightsaber has authentic power-up and power-down sounds, as well as Darth Vader breathing sounds. 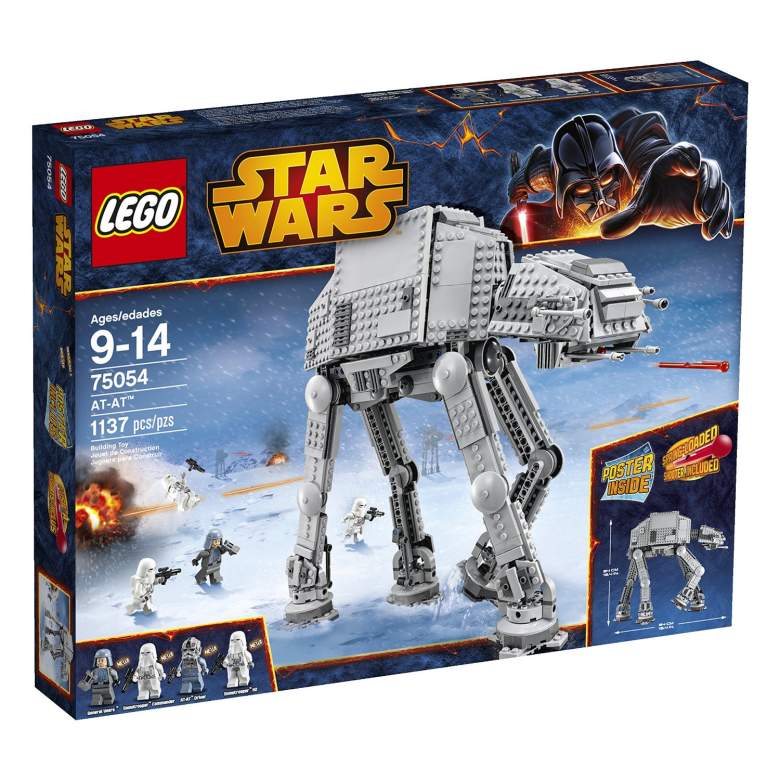 There’s a LEGO set for just about every major geek movie and video game franchise you can think of. TMNT, Halo, and just about every superhero movie you can think of has a LEGO set or two to play with. Of course, Star Wars isn’t an exclusion, as there are quite a number of great LEGO Star Wars toys available. The coolest one, in my humble opinion, has to be the AT-AT set, which includes an AT-AT driver, General Veers, Snow trooper Commander and 2 Snow troopers. The head of this 12″ high and 12″ long LEGO beast moves, and you can match it against the Snow speeder (sold separately of course) to recreate the Battle of Hot. Nerdgasm.

Like LEGO, there are a ton of Star Wars action figures being sold, and it’s really tough to narrow down which is the best. But I can tell you that i have this 31″ My Size Darth Vader Star Wars action figure sitting in the entryway to my home so he’s the first thing you see when you walk into my door, and I’m constantly getting compliments about how cool he looks. This Star Wars action figure has an authentic lightsaber and measures over 2.5 feet tall, standing tall to strike fear in those that might oppose him.

FunKo POP has quickly become a standout for pop culture collectibles, as they have action figure vinyl bobble-heads based on numerous popular franchises like The Walking Dead and Guardians of the Galaxy. And, the Star Wars bobble-heads are the best of the bunch, like the Luke Skywalker X-Wing Pilot collectible. It’s approximately 3.75″ tall, and brings a great stylized look to the Star Wars franchise. 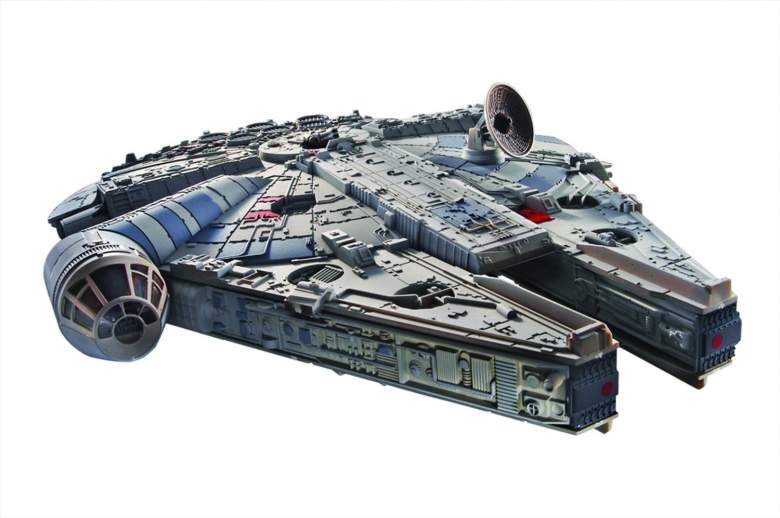 One of the great aspects of the wonderful world of Star Wars is its many ships. The coolest Star Wars ships are easily the Millennium Falcon and the X-Wing. And, this officially licensed Star Wars Millennium Falcon looks absolutely great and would make a great addition to anyone’s Star Wars collection. There’s no glue or painting involved, and it can be assembled with or without the optional undercarriage. It comes with illustrated assembly instructions that will keep you busy for a couple of hours.

Check out the best BB8 toys

Read More
Darth Vader, Shopping, Star Wars, Toys
wpDiscuz
1
0
Would love your thoughts, please comment.x
()
x
| Reply
How about a 3-foot tall Darth Vader you can use to greet your house guests? Or a color-changing lightsaber? Get ready to geek out over these great Star Wars toys!