John McGuire hails from Scranton, Pennsylvania and is a new cast member on Big Brother 17. Read on for our 5 Fast Facts on McGuire below.

Never. Stop. Watching. Get 24/7 Big Brother Live Feeds from real-time cameras inside the house. Only with CBS All Access. Try one week free HERE.

1. He Calls Himself the Rockstar Dentist

John McGuire is a dentist and he calls himself the “rockstar dentist”, as his CBS bio states:

John (aka Johnny Mac, the Rock Star Dentist) is unlike any other dentist. He is loud, obnoxious, and never seems to run out of energy. Recently, he’s taken up running Tough Mudder marathons and is excited to have a few showmances.

John McGuire is anti-commitment when it comes to his dating relationships. His CBS bio describes his dating routine as this:

Single and proud of it, if any girl wants more of a relationship, he has a sure-fire way of getting out of it—he’ll start acting completely annoying and geeky, so they end up dumping him and no hearts are broken.

So, it’s safe to say that McGuire won’t be getting a girlfriend in the Big Brother house.

3. His Strategies For Eliminating Others Are A Little “Out There”

While some are brainstorming about alliances, McGuire has his own ideas …

I would bring a Rubik’s cube to see who was smart enough to figure it out and get rid of them immediately. Also, maybe some shiny objects to distract the other ones, and a dragon.

It’s safe to say his own strategies are a little out there. We’ll see how they work out for him.

4. He’s Applied For the Show Many Times

John McGuire- 27/ I already know he will cause trouble in the house. He has made it clear he is a hypocrite pic.twitter.com/yJ6ChZWEga

McGuire has applied to be on Big Brother many times and he’s been watching the show since season 8. When he became hooked on the show, he then watched all the seasons before 8 to catch up. Though he’s a super fan, he’s planning on hiding that fact from his other housemates.

What was that Johnny? I couldn't quite hear you over your awkward yelling! #BigBrother #BB17 http://t.co/Wxmqkjf740 pic.twitter.com/cEHfeRIrkf

John McGuire has a few financial woes, so winning that $500,000 prize would really help him and his family out. He hopes to win so that he can save his parents’ lake house and also pay off his school loans. 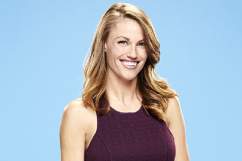