Caitlyn Jenner has amassed a net worth as Bruce Jenner that is estimated at $100 million, but her life as Caitlyn may earn her more money than she could have ever imagined. While her success as an Olympic legend, being a part of the Kardashian empire, and becoming a motivational speaker has earned her quite the fortune over the years, she has turned into an even bigger icon today. Read on for the facts on what Jenner spends her money on and what her paychecks look like now.

Caitlyn Jenner’s plastic surgery to feminize her face cost $70,000, according to Dr. Harrison Lee, who performed the procedures. In total, however, Radar Online reports that Jenner has spent a total of $4 million to become a woman. This number most likely includes more than just the surgeries.

Giving @khloekardashian a run for her money, dontcha think?

Every designer is dying to dress her right now. Of course it has a lot to do with the publicity that Caitlyn can bring to the brand, but I think she’s setting some trends and everybody’s going to fall in love with her … It’s funny to see that I made this dress for Kim and then it got passed to Caitlyn Jenner. But to see Caitlyn in my dress feeling beautiful, feeling happy and feeling that little bit of freedom that she wanted all this time, that’s exactly what embodies that dress.

We can imagine that Jenner spends a lot more money on fashion now that she’s transitioned.

3. She Was Spotted With a Tricked Out Lambo Aventador

Caitlyn Jenner — Not Balling THAT Hard … Her Lambo Is Just For Show http://t.co/tIdhY1aesy pic.twitter.com/4BKF1znN7D

The base price for a Lamborghini Aventador is about $400,00, so you can imagine what a custom, fully-loaded edition might cost. According to TMZ, the car was delivered by flatbed truck to her Malibu home. However, it’s been revealed that the car is just rented for her docu-series I Am Cait.

Jenner is still caught up in several lawsuits stemming from the fatal car crash she was involved with in February 2015.

4. Her Salary For I Am Cait Is Reported To Be $5 Million

Keeping Up With The Kardashians may pay big bucks, but so does Jenner’s new docu-series I Am Cait. An insider told Radar:

It’s the biggest paycheck ever given by E! for a solo reality show, and Caitlyn’s agent was relentless in getting her the huge payday. At one point, talks between the network and E! had broken down, because nobody wanted to pay her more than $2 million. Caitlyn’s agent then began informal talks with other networks, and E! quickly came back to the table, ready to pay $5 million.

She could become the wealthiest of them all. If Bruce Jenner made $100 million in 65 years, if all the stars align, she could be worth over $500 million in the next five to 10 years. Caitlyn is going to be a pioneer.

5. Jenner Says Money Has Nothing To Do With Her Mission As a Member of the Transgender Community

Everybody has challenges in dealing with life. I'm so happy after such a long struggle and finally living my true self. Welcome to the world Caitlyn. It feels so good. Can't wait for you to get to know her/me.

In her interview with Vanity Fair, Jenner has been sure to state that getting money and publicity is not the reason for her docu-series or her transitioning to a woman. Jenner explains:

I’m not doing it for money. I’m doing it to help my soul and help other people. If I can make a dollar, I certainly am not stupid. [I have] house payments and all that kind of stuff. I will never make an excuse for something like that. Yeah, this is a business. You don’t go out and change your gender for a television show. O.K., it ain’t happening. I don’t care who you are. 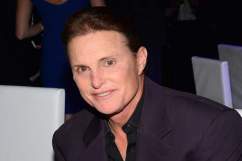 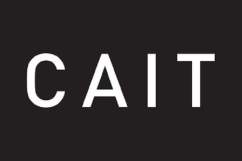 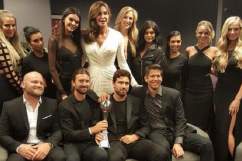 Caitlyn Jenner’s Family: Meet the Kids Who Will Not Be On ‘I Am Cait’