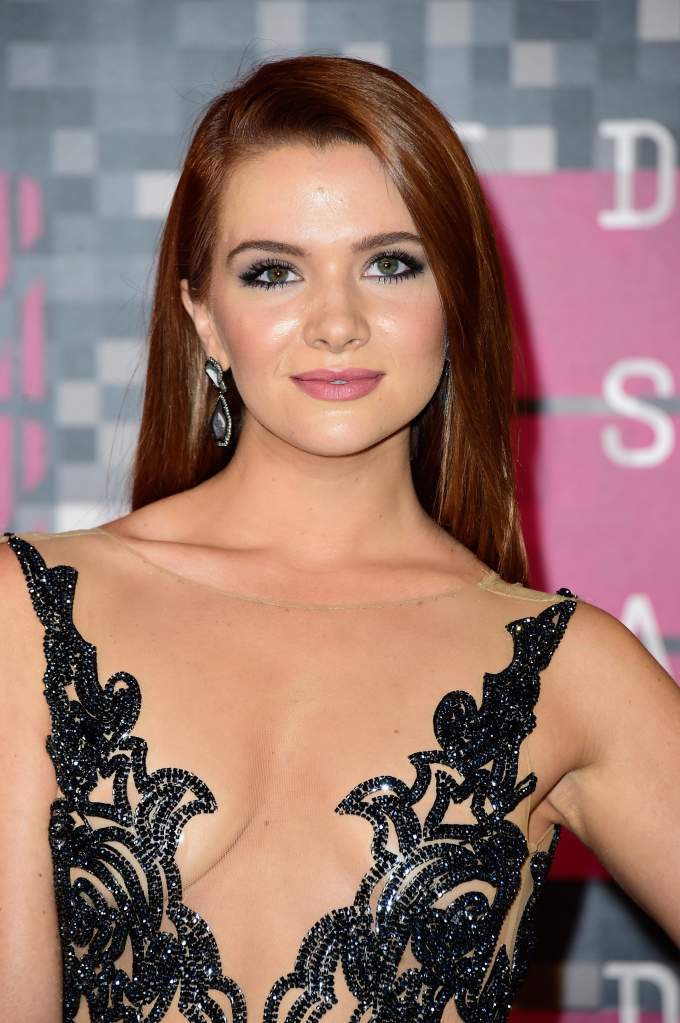 Katie Stevens is one of the stars of MTV’s Faking It. (Getty)

On MTV’s hit dramedy Faking It, Southbury, Connecticut, native Katie Stevens plays Karma Ashcroft, a shy high school student who pretended to be a lesbian with her best friend in order to gain popularity. In real life, Stevens, 22, shares her character’s enthusiasm for singing and activism (but maybe not for fake lesbianism.)

1. She Is Half Portuguese

Stevens’ mother is from Portugal, and although Stevens was raised in Connecticut, she can speak fluent Portuguese due to her mother’s teachings.

2. She Loves To Sing 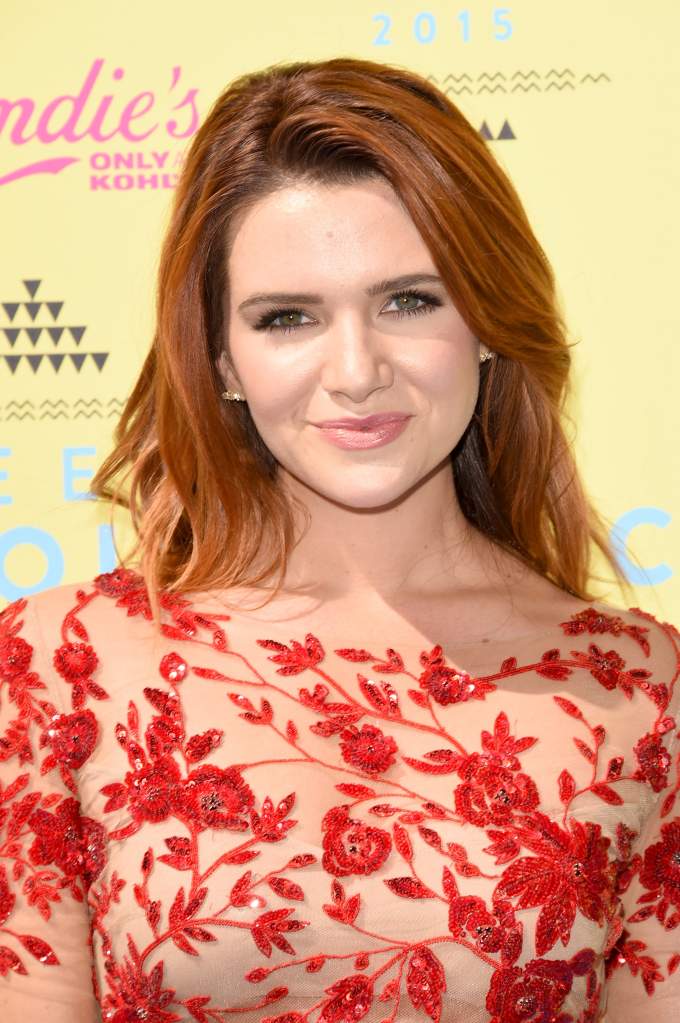 Katie Stevens has said she loves to sing and play instruments. (Getty)

Stevens has been singing since the age of 3, performing in various theatrical shows, such as High School Musical and South Pacific, and events around her hometown. She can play the piano, cello, flute, and guitar, and has sung and played the guitar on Faking It.

She came in eighth place in season 9 of American Idol after auditioning in Boston with Etta James’ song “At Last,” and toured with the top 12 contestants that summer.

3. She Beat Faking It Co-Star Rita Volk For The Role Of Karma 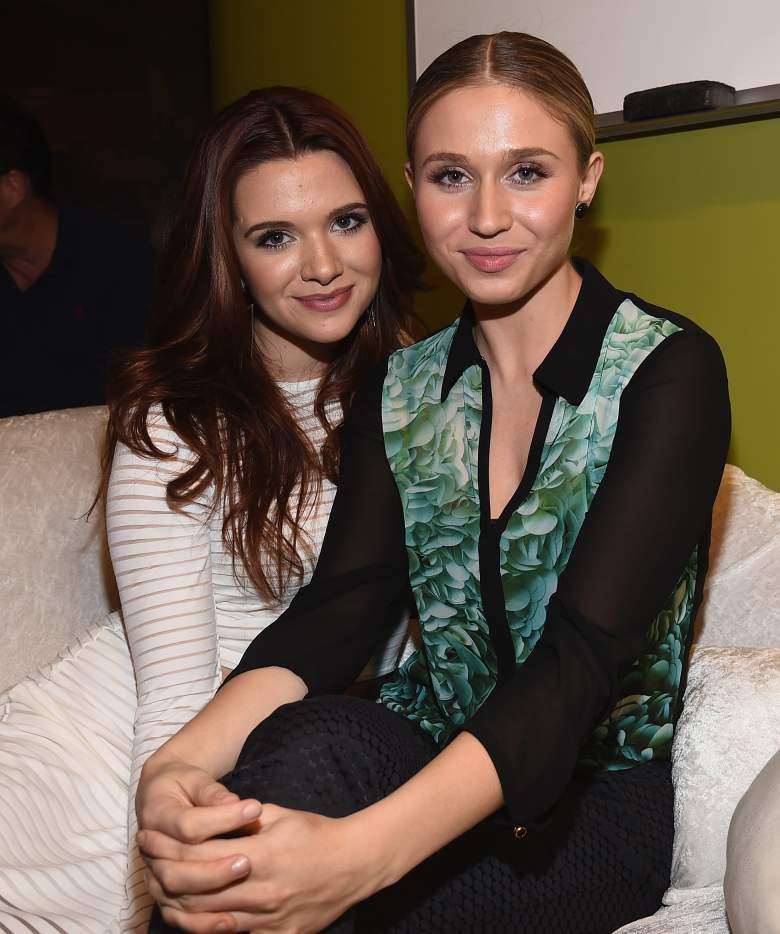 Initially, Stevens and her co-star Rita Volk, 24, both auditioned for the part of Karma on Faking It. Stevens was ultimately awarded the role, but it turned out for the best, Stevens told InStyle – Volk landed the part of Karma’s best friend, Amy.

“Karma is the one cooking up all the elaborate plans, while Amy [Volk’s character] doesn’t really care about fitting in … “We’re good friends now—it all worked out for the best in the end.”

Said Rita Volk to Marie Claire about the casting situation,

I didn’t audition for Amy until my screen test. But I’m so glad that it turned out the way that it did because I’m so in love with her [Amy].

4. She And Rita Volk Are Real-Life Best Friends 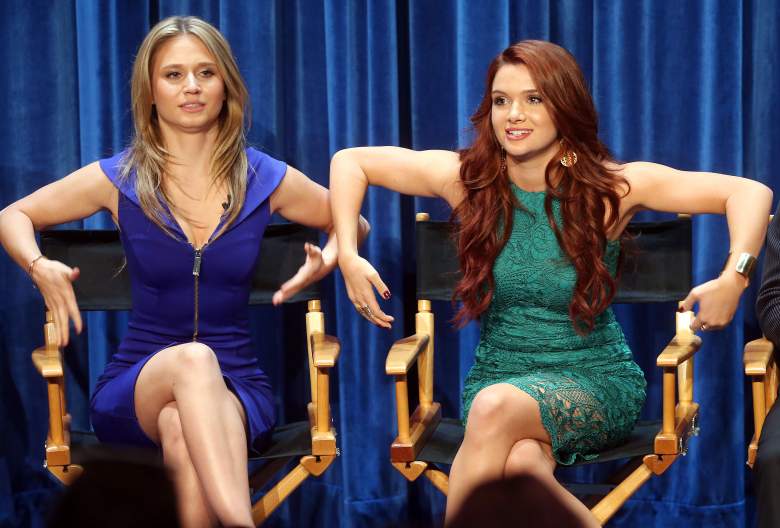 Rita Volk and Katie Stevens spend a lot of time with each other outside of the Faking It set. (Getty)

Having to kiss your co-star in the first episode of a show you’re shooting is probably a pretty good way to become close. Stevens and Volk are famous for hanging out pretty regularly when they’re not acting as Karma and Amy. The two met in MTV’s audition room, Volk told AfterEllen, and decided they would like and respect each other, no matter the outcome.

We met in an audition room and we decided to be civil to each other. We were like, we’re not gonna do that whole mean girl audition thing and Katie made the effort to talk to me. And from that moment on we went through this process together.

BEYOND excited to announce that I will be joining the CSI family for their 2 hour final send off!! It has been a dream of mine to be on this show, and it came true! I will play Lindsey Willows, Catherine Willows (Marg Helgenberger) daughter. Thank you to the CSI team for this incredible opportunity! ❤️

It was announced in July 2015 that Stevens would be playing Lindsey Willows, daughter of Marg Helgenberger’s character Catherine Willows.

Lindsey is a CSI level 1 experiencing her first day on the job. Lindsey is described as an over-caffeinated, younger and bubbly version of her mom, minus a youthful mistake or two, who is on her way to a promising career. Lindsey actually nails down a key piece of evidence that moves the case forward.

Filming for the crime drama’s two-hour finale wrapped in late August and will premiere September 27.