Jared Leto announced the tribute performance Celine Dion gave tonight in honor of the victims from the recent terrorist attacks in Paris. One hundred sixty nine people died in the attacks and there are several celebrities who knew people who were affected by the attacks. To pay homage to those who lost their lives and were injured in Paris, Dion performed the song “Hymne à l’amour”. Dion donned a black floral ball gown and sang with power and heart. 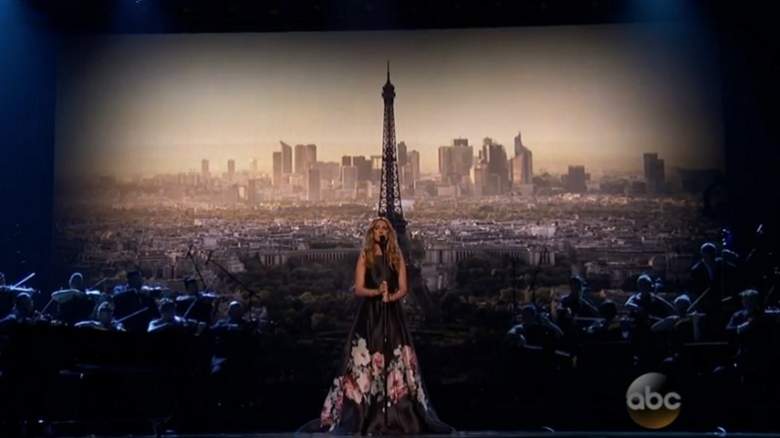 As the camera showed members of the audience, there were many tears and all eyes were on Dion as photos from the scene of the attacks were shown on a large screen.