In the blockbuster movie series The Hunger Games, Jennifer Lawrence’s Katniss Everdeen character has love interests in the film. One of the major ones is Liam Hemsworth’s character, Gale Hawthorne. In 2014’s Mockingjay: Part I, they share a kiss, to the delight of many fans.

Further adding fuel to fans’ fire was Lawrence’s admission on Monday night on “Watch What Happens Live” that she had kissed the hunky actor off-screen, and for real.

In light of this seminal revelation please check out the time that they kissed on-screen in Mockingjay – Part I above. 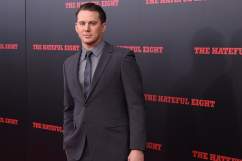