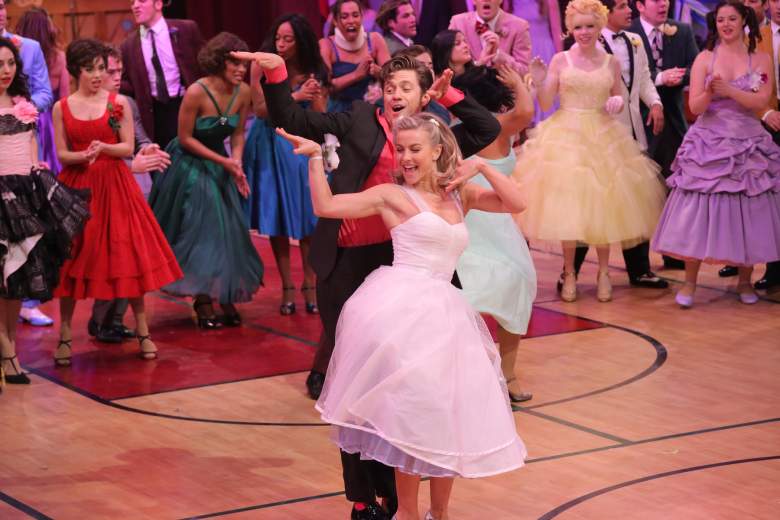 Grease Live! is in full effect and it’s already surpassed Peter Pan Live! and The Sound of Music Live! Even so, the jokesters, haters and comedians are loving life via Twitter, using the hashtag #GreaseLive. There are also a host of tweets praising the show. Read on below and throughout the show to check out the best ones as we continue to update.

Pre-Order the Grease Live! DVD for 17.99 on Amazon by clicking here.

Kinda disappointed the head of the Scorpions guy doesn't have all sorts of pock marks from bad acne like the guy in the movie. #GreaseLive

They changed Sandy from an Australian to a Mormon and tbh this story finally makes sense now. #GreaseLive

… Because you groped her. That's why. #GreaseLive

It's 1959, Sandy's cheer skirt should not be that short #GreaseLive

The fact that Mrs. Murdock is Jan Brady. #GreaseLive

My legs would be over his head by now! #GreaseLive @GoGrease

ok, I really hate the lyric "the chicks'll cream for Greased Lightning," but how does that get cut and "go flog your log" stays? #GreaseLive

Excuse me while I pass out! @BoyzIIMen as Teen Dream?! Thank you to whoever came up with this…from the bottom of my heart. #GreaseLive

Kether Donahue is going to eat SO MUCH in the next three hours. It’s going to be Emmy-worthy. #GreaseLive

Erica and Sol say #GreaseLive on Fox is great (I'm still at work but watching). Both agree I would have been a perfect Vince Fontaine

I kinda feel like there are Full House life lessons inputted throughout this, right? #GreaseLive

I don't recall Big Time Rush being this inappropriate? #GreaseLive 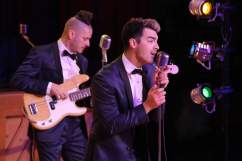 The Pink Ladies were the original Mean Girls. #GreaseLive

This is already 10x better than anything NBC has produced. #GreaseLive

SANDY'S HAIR IS ABOUT TO HAVE A QUICK CHANGE AND I CAN'T WAIT.#GreaseLive

I really wanted to be able to talk smack about this #GreaseLive on @Fox but man they are really doing an incredible job! Really well done!

There are 47 set pieces in this show and Ana Gasteyer's assistant has eaten them all. #GreaseLive

Um, I don't remember Sandy (film or show) ever being GOOD at cheerleading. #GreaseLive

"Nothing makes a cheerleader more nervous than when she's late." #GreaseLive bringing it with the new jokes

I have two and a half hours to let go of my wish that #GreaseLive starred Kellie Pickler.

I lasted 25 minutes. Just not a fan of musicals…can we have a live Martial Arts movie sometime? #GreaseLive

Why do we get the feeling this role isn't much of a stretch for #MarioLopez? #GreaseLive

We said we wanted a live audience. We got intermittent cheering and people staring blanky into the camera. #GreaseLive 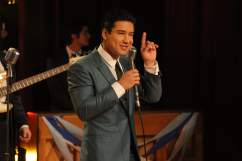 Enjoy #GreaseLive but please remember: Olivia Newton-John's husband faked his own death & John Travolta has been sued by over 5,000 masseurs

But really this live audience is killing the mood of #GreaseLive…..

For those of you complaining these actors look too old to be playing teenagers on #GreaseLive… pic.twitter.com/vO5OK8dSdc

Is this High School Musical 4? It's a prequel! What a twist! #GreaseLive

Dang it I was really hoping there'd be an oddly placed swing for Danny to sing on at this drive-in, too. #GreaseLive

Currently attracted to everyone in this number #GreaseLive

Wait is the hand jive copyrighted or something? Why aren't any of these fools doing the right moves? #GreaseLive

Why back in my day, we had to drive 20miles to get to our Netflix! #GreaseLive

The fact that @VanessaHudgens is doing any of this right now and managing to do the most incredible job has me speechless. #GreaseLive 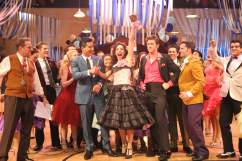