OJ Simpson was tried in one of the biggest trials in American history on double-homicide charges of ex-wife Nicole Brown Simpson and Ron Goldman. It was speculated that Ron Goldman was involved in some kind of relationship with Nicole. Karen Lee Crawford, who was the manager of the Mezzaluna restaurant where Nicole had eaten, testified that Nicole Simpson's mother phoned the restaurant at 9:37 p.m. PT the night of the murders in 1994. Nicole's mother is said to have called about a pair of lost eyeglasses. Ms. Crawford had found them, put them in an envelope, and waiter Ron Goldman left the restaurant after his shift was over to return the glasses to Nicole at her house. On June 13, 1994, the two were found murdered outside Nicole's condo on Bundy Drive in Brentwood, California at 12:10 a.m. PT. Nicole was stabbed multiple times in the head and neck with defensive wounds on her hands. The wound through her neck was so deep it practically hit her spine. The wound was gaping, making her larynx visible and her vertebra C3 was also incised. It was a gruesome scene. For more information on the murders, click through our gallery of their photos from the trial and crime scene. (Getty) 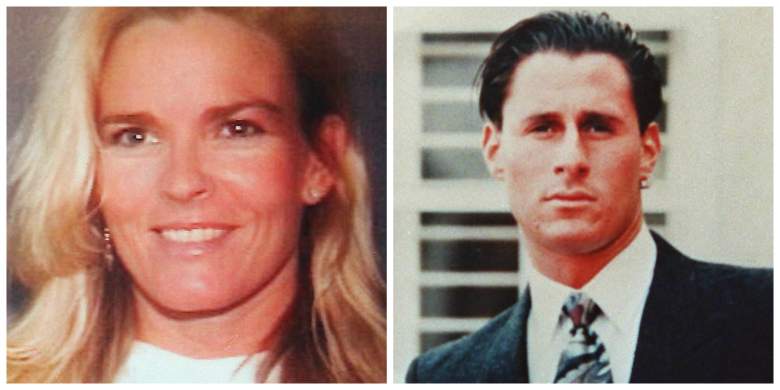 Read More
OJ Simpson, TV
The murders of Nicole Brown Simpson and Ron Goldman led to the trial of the century with OJ Simpson charged in their deaths. See their pics and crime scene.