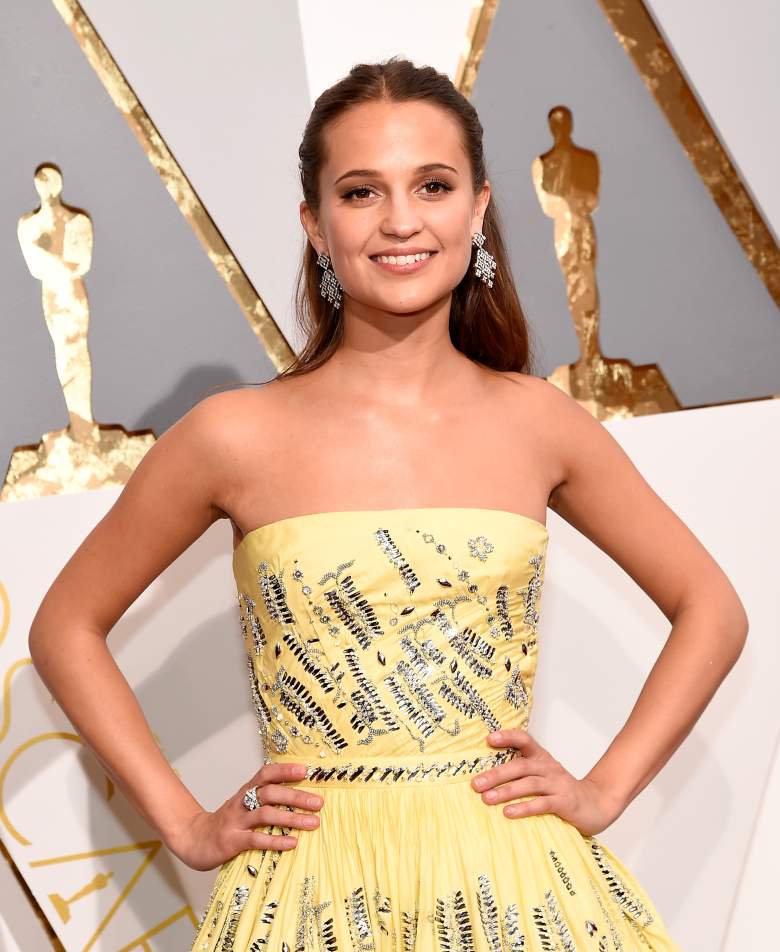 Vikander continues her hot streak with the role of Lara Croft in the next Tomb Raider movie.

Alicia Vikander will add some action to her already impressive list of credits. The Oscar-winning actress has been cast as Lara Croft in the new Tomb Raider movie, directed by Roar Uthang.

The 27-year-old actress is coming off her best year yet, starring in a number of critically acclaimed films such as Ex Machina and The Danish Girl, which she won an Oscar for her supporting role. She will next be seen in Jason Bourne opposite Matt Damon, who is returning to the Bourne franchise with director Paul Greengrass.

Vikander will star as Lara Croft in the next Tomb Raider film directed by Roar Uthang, according to The Hollywood Reporter. The movie will tell the story of a young and untested Croft fighting to survive her first adventure.

Angelina Jolie originated the role of Lara Croft on film in 2001’s Lara Croft: Tomb Raider and again in 2003’s Lara Croft Tomb Raider: The Cradle of Life. Jolie’s movies were based on the early Lara Croft video games, which debuted in 1996 and portrayed their lead adventurer as a buxom pinup girl.

The new installment will pull more from the updated version of the game that premiered in 2013. Those games take a more grounded approach to the character and focus on her arc as a survivor, according to GQ.com.

Vikander enjoyed a breakout year in 2015. She earned rave reviews for her role as an android with artificial intelligence in the sci-fi thriller, Ex Machina. She also mixed things up with Henry Cavill and Armie Hammer in The Man from U.N.C.L.E. and got cooking with Bradley Cooper in Burnt.

But it was her role in The Danish Girl that caught the attention of the Academy, who nominated Vikander for her role as the wife of Eddie Redmayne’s transgender character. It was her first Oscar nomination and would become her first win, taking home the award for Best Supporting Actress.

Vikander also found early screen success in the films Anna Karenina, A Royal Affair and The Fifth Estate about Julian Assange. She also starred on a popular television drama in her homeland of Sweden called Andra Avenyn (in English, Second Avenue).

3. Vikander Moved to Stockholm Alone at Age 15 to Study at the Royal Swedish Ballet School

Vikander was born in Gothenburg, Västra Götalands län, Sweden on October 3, 1988. Her parents divorced when she was only two months old. She grew up living as an only child with her theater actress mother, Maria, during the week while spending weekends and summers surrounded by her half-siblings at the home of her father, Svante, a psychiatrist.

She landed her first professional acting role at age seven in the theater production of Kristina from Duvemåla, written by the Mamma Mia! creators, Björn and Benny from ABBA. She spent three-and-half years in the play and called the theater “a great place for a kid to grow up because the grown-ups actually play for a living,” she told Vogue in December 2015.

Vikander also got serious about her ballet dancing and moved to Stockholm by herself at age 15 to enroll in the Royal Swedish Ballet School. She was in the program for three years and the days were long, starting at 6 a.m. and going to 10 p.m. The heavy work load left the 5-foot, 5-inch dancer in a constant state of pain she told Vogue.

I push myself hard. I don’t like pain, exactly, but as a ballerina I lived in constant pain. At ballet school in Stockholm, I remember we had a locker where if someone had been to the doctor and gotten painkillers, we divided them among us. In a sense we were all addicted. After I quit dancing, for a while it felt strange not to be in pain. It was as if an old friend, not a good friend but a presence, always tagging along, had left me.

Vikander transitioned to acting while living in Stockholm. She appeared in a few short films and TV shows, but when she couldn’t get into drama school, she applied to law school. The summer before her first semester, Vikander landed her first film role in the Swedish movie Pure and went on to win a Guldbagge, the Swedish equivalent of an Oscar.

She Has Shared an On-Again, Off-Again Relationship With Michael Fassbender 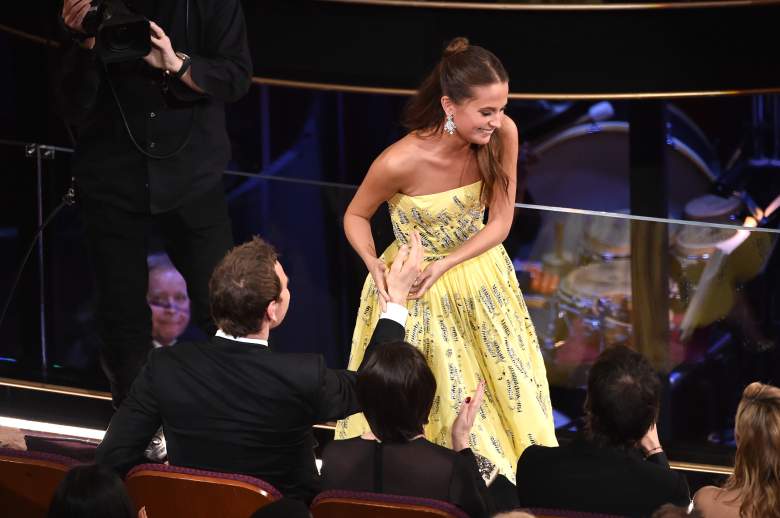 Vikander had a cute moment with her boyfriend Fassbender on the way to collect her award at the 2016 Oscars. (Getty)

Vikander met Michael Fassbender met while filming the movie The Light Between Oceans, which premieres later this year. They started spending more time together in late 2014, but broke things off in September 2015 after less than a year of dating.

They appeared to renew the relationship when Vikander stopped by Fassbender’s seat on her way up to accept her Oscar award and laid a sweet kiss on his cheek. The couple has never commented publicly on their relationship status, but Vikander did tell Net-A-Porter magazine last year why she keeps her personal life on the down low.

I knew that celebrity was a side-product of my career choice, and it’s totally worth it if I get to do what I love, but it’s not something I feel very comfortable with. I’ve spoken to a lot of actors who have taught me that it is a choice. I believe that staying private is something you can choose, and it is certainly the choice I’m making.

Vikander’s career may be going well, but she’d like to act opposite a few more women. She came to the realization filming her upcoming movie Tulip Fever that she had done five films in row before finally acting with a woman. She explained to The Guardian.

Of course I’ve had a run of great opportunities and characters to play, but I was shooting this scene with Holliday Grainger that just felt like something new. It just came so easily, and we were having so much fun. And only when we were chatting afterwards did I suddenly realize why: I’d just made five films in a row, and this was the first one where I had a scene with another woman.