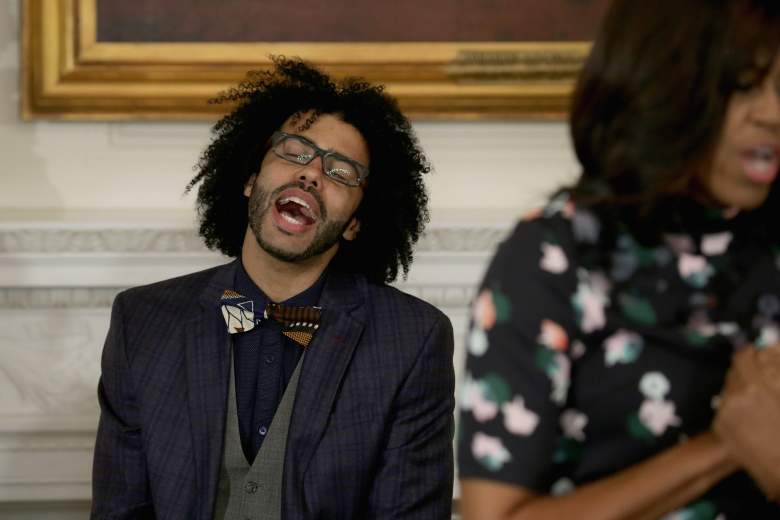 Diggs with cast of Hamilton at the White House. (Getty)

A couple of years ago, Daveed Diggs was known mostly to fans of underground or Los Angeles hip-hop. But when Hamilton was coming to fruition, creator Lin-Manuel Miranda needed people other than strict Broadway actors. People with legitimate flow were needed to make the lyrics of Hamilton pop and Miranda, a lifelong hip-hop fan and a collaborator with Diggs on Freestyle Love Supreme according to Playbill, brought Diggs into the project.

Today, Diggs is nominated for a Tony Award for Best Featured Actor in a Musical against four other men, including two additional Hamilton cast members (Christopher Jackson and Jonathan Groff). It’s been a long journey for the 34-year-old actor/rapper, but any Hamilton fan will tell you his success is more than earned for the work he’s put into his roles in Hamilton.

Here’s what you need to know about Daveed Diggs.

1. He Plays Dual Roles of Marquis de Lafayette and Thomas Jefferson in Hamilton

Diggs is not the only Hamilton actor who plays dual roles. Anthony Ramos, Okieriete Onaodowan, and Jasmine Cephas Jones each also play different characters in the second act than they do in the first. But it’s Diggs who takes on the most integrals roles of the 4 actors. In the first act, he plays Marquis de Lafayette, giving him the difficult task of not just rapping, but rapping in a French accent – something he does admirably in songs like Guns & Ships and Yorktown.

In the second act Diggs plays a character that many know as an integral founding father, but one Alexander Hamilton saw as a nuisance – Thomas Jefferson. Jefferson and Hamilton were foes and Jefferson, as Aaron Burr says in the beginning of the second act, “pissed him off until we had a two-party system.” Jefferson also goes toe-to-toe with Hamilton in two Cabinet Battles in the play, portrayed as freestyle rap battles. Only someone like Diggs could be the guy going up against Lin-Manuel Miranda.

2. He Holds the Record for Fastest Rap in Broadway History

This may not sound like the most notable achievement, but a record is a record. Lafayette throughout the second act goes from a French immigrant to a key part of the American revolution, helping provide French forces that allowed the U.S. to win the war. This is documented in Guns & Ships, a tour de force for Diggs. Within the song is the a 3 second segment in which Diggs raps a total of 19 words – the fastest rap in Broadway history.

Diggs, who talked about this with Jimmy Fallon, seemed unimpressed and found it to be a “medium fast” speed. He then showed Fallon and his Tonight Show audience just how fast he can rap.
VideoVideo related to daveed diggs: 5 fast facts you need to know2016-06-12T11:00:22-04:00

3. He is a Member of Experimental LA Hip-Hop Group clipping.

Before Hamilton, Diggs was still rapping. Rap fans would best know him from clipping., the intentionally lowercase band from Los Angeles. clipping. is an experimental group that works more in abrasive tones and noises, frequently being compared to other experimental hip-hop acts such as Death Grips. Their music, though not exactly mainstream, has made well-known music websites like Pitchfork and Stereogum, increasing their audiences and critical praise.

clipping. put out several EPs from 2012-2014. But their only official mixtape was Midcity in 2013, and their only full length release was CLPPNG in 2014. Both of these were released on Sub Pop Records, a label more known for signing a number of post-punk and indie rock bands such as The Postal Service, Fleet Foxes, Beach House, and Sleater-Kinney.

4. He Went to Brown University and Was a Track Star 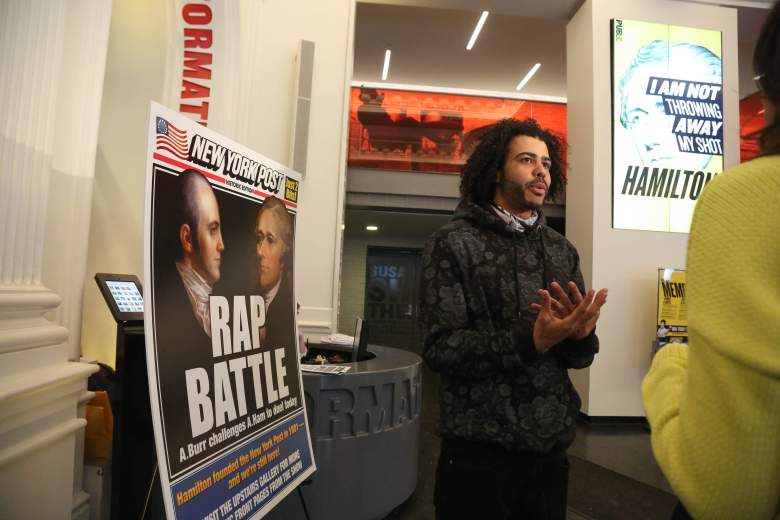 Diggs at The Public Theater in New York. (Getty)

Actor-rapper is an impressive enough title. But don’t sell him short – Diggs is also an athlete. He went to the prestigious Brown University from 2000-2004 and did track, especially sprinting and hurdles. A piece on Diggs at Boston.com posits the idea that this physicality is what allows him to do unique things during Hamilton, such as his lengthy height as he jumps from a desk.

Writer for Brown publications have even written pieces on Diggs and his incredible athletic abilities. A profile of him in his senior year has Robert Johnson, then Head Track Coach at Brown, remarking on Diggs’ improvement from freshman to senior year, “It’s almost like night and day from where he was then to where he is now. I wish I had two or three more of him around.” Pretty remarkable that someone who broke the Brown record for 110-meter hurdles time as a sophomore actually improved dramatically after that. 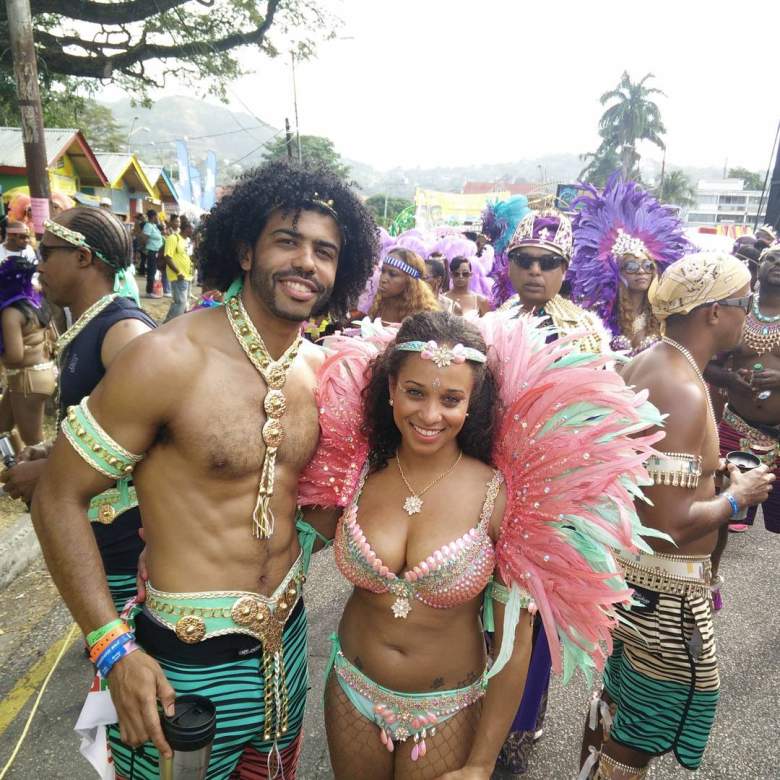 Men and women with a thing for rappers and Thomas Jefferson, get ready to be disappointed. Diggs is dating a woman named Jalene Goodwin, and has been for some time. Not a ton is known about Goodwin but she’s shown up in multiple Instagram posts of his, and her Twitter bio describes her as both an actor and a singer. Her Twitter and Facebook also link to a Soundcloud account with just 3 uploads.