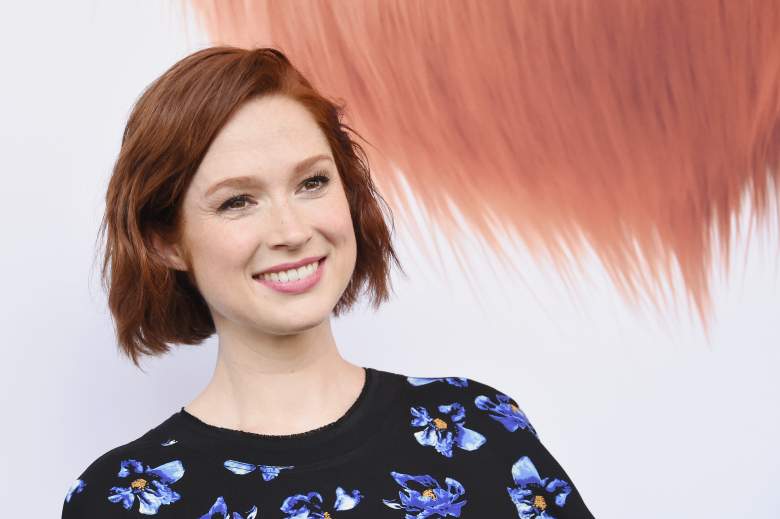 Ellie Kemper is the star of Unbreakable Kimmy Schmidt and voices Katie in The Secret Life of Pets. (Getty)

Ellie Kemper, 36, was introduced to most television viewers on The Office as Erin, the secretary who replaced Pam (Jenna Fischer) in the Dunder Mifflin office. Then, she scored supporting roles in Bridesmaids and 21 Jump Street.

Kemper was later picked by Tina Fey to star as the title character in Netflix’s Unbreakable Kimmy Schmidt. Her performance on the show as the forever naive Kimmy has earned the Kansas City-born actress, who grew up in St. Louis, more acclaim and even a Screen Actors Guild Awards nomination. Kemper’s voice will also be heard in The Secret Life of Pets, the new film from Universal’s Illumination animation unit.

Here’s a look at Kemper’s life and career.

1. Kemper Has a Degree in English from Princeton & Studied in Oxford 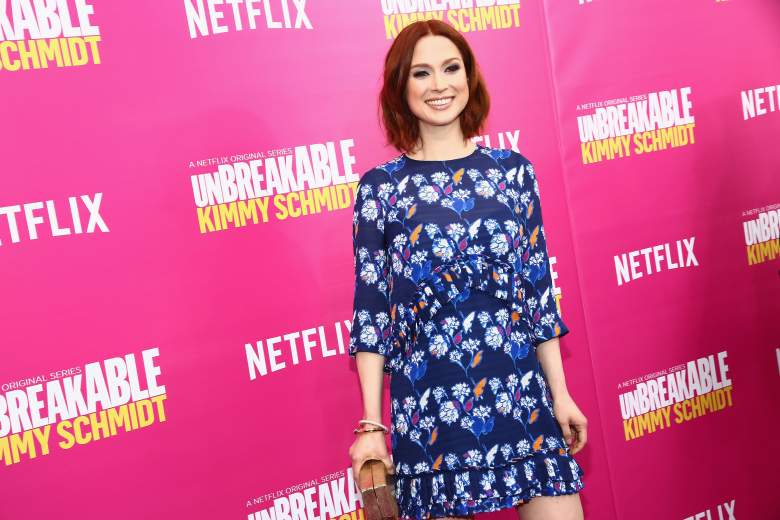 Kemper has an impressive resume. She graduated from Princeton University in 2002 with an English degree, then headed to Oxford University for a year. Ultimately, she decided that it wasn’t for her and decided to peruse acting. She got a taste of comedy while at Princeton, performing with an improv group there. So, she went to New York and got an agent. During this time, her parents “helped me stay afloat that first year, and they were always emotionally supportive.”

Her father, David Kemper, is the CEO of Commerce Bancshares.

“I knew it was an uncertain path, but I had to try it for a couple of years and see what happened,” Kemper told the St. Louis Dispatch in 2009.

Kemper took improve classes, landed jobs in commercials and wrote for The Onion. She even managed to get roles in Late Night with Conan O’Brien sketches.

2. Kemper Did a TEDx Talk on How Women Can be Funny

In December 2013, Kemper gave a TEDx Talk in St. Louis. Her chosen topic was on women in comedy and can be funny. Anytime she hears that “distracting” question – “Can women be funny?” – she thinks about being at a cocktail party. Her co-worker at the part has “bad cocktail party breath” that distracts you from having a really good conversation.

To her, it doesn’t seem surprising to be around funny women.

Kemper has proved that she can be funny and Tina Fey told Vanity Fair in 2014 that Kimmy Schmidt helps bring out her best gifts.

“What she has is this natural sunniness and up energy and pleasant nature, but you also know that there’s a strength and intelligence behind it,” Fey told Vanity Fair. “We haven’t seen her carry a show yet, and I think she’s very well equipped to.” 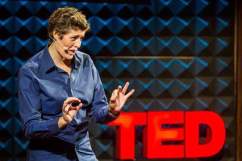 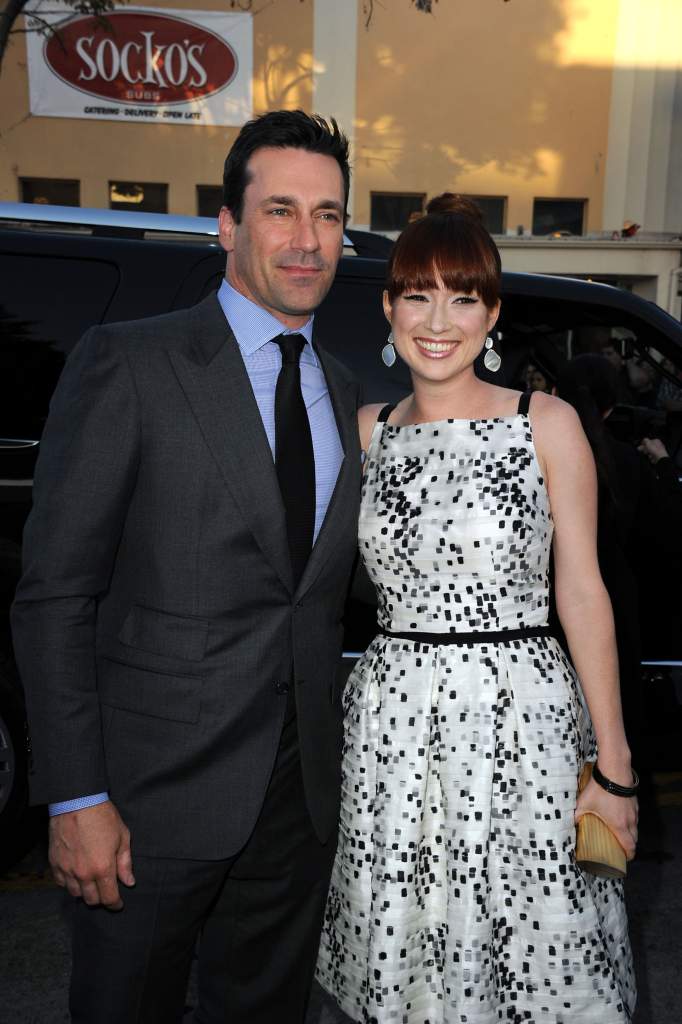 Jon Hamm and Ellie Kemper at the 2011 premiere for Bridesmaids. (Getty)

Jon Hamm and Ellie Kemper both grew up in St. Louis, so it’s not surprising that their paths have crossed so much. After Hamm graduated college, he took a job as a prep school teacher and one of his students ended up being Kemper. The two later starred in Bridesmaids and Hamm had a hilarious part in the first season of Kimmy Schmidt.

“I was in ninth grade and he taught me the improv section of my theater class, and everyone loved him,” Kemper said of Hamm’s teaching skills at the 2015 summer Television Critics Association press tour, reports People. Kemper went on to say that she was actually a bit scared about working with him in Kimmy Schmidt.

“I think there’s still a teacher-student dynamic, and acting with him was a little bit nerve-racking just because I felt like he was still grading me on some level,” she said. “But he’s a wonderful man and it was a lot of fun.” 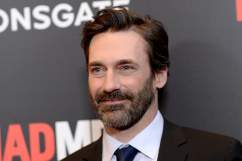 4. She Announced her Pregnancy on ‘The Tonight Show’ & Is Due in August

Kemper is married to Michael Koman, a writer who works on Comedy Central’s Nathan For You. They married in July 2012 and are expecting their first child. Kemper announced the happy news while on The Tonight Show Starring Jimmy Fallon and then promptly decided to eat ice cream.

Kemper told Fallon that she was pregnant while filming Kimmy Schmidt‘s second season. She was concerned about going on a roller coaster during filming and had to tell Tina Fey. She even told Fey before telling her mother.

During the premiere for The Secret Life of Pets in June 2016, Kemper told Entertainment Tonight that the baby is due in August. She’s still trying to come to grips with the idea that she’s going to be a mother.

“How do you anticipate what’s going to happen?” she told ET. “We’re just going to take it one day at a time. I don’t know what I’m doing, so [I’m] very confident in my ability.”

She is going to take some time off work to be with her child before Kimmy Schmidt‘s third season starts filming. 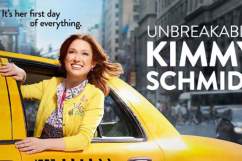 5. She Was Originally Supposed to be on ‘The Office’ For Just Four Episodes 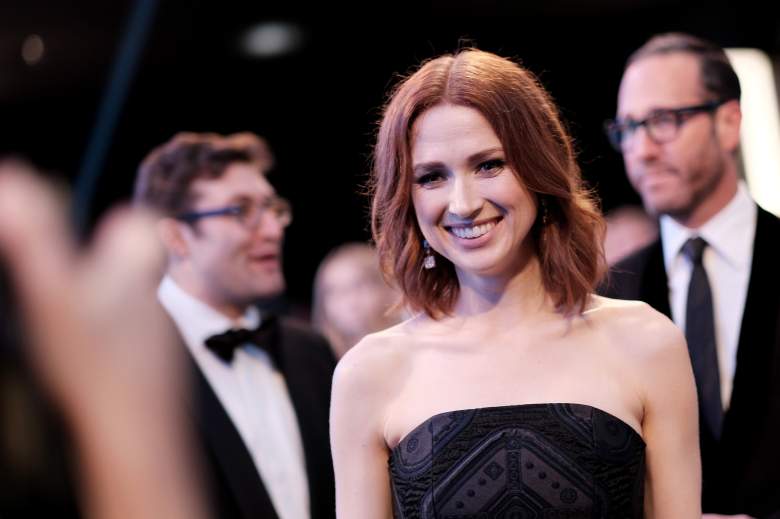 Kemper was a major player during the second half of The Office‘s run, as Erin’s relationship with Andy Bernard (Ed Helms) became an ongoign story. In an interview with The AV Club in 2010, Kemper revealed that her star-making role was initially supposed to be in just four episodes. Eventually, she was raised to full-time regular cast member. She explained:

Originally, the character was written for four episodes, and then they kept her around for two more. Then by the end, I was like, “It seems they’re hinting that this character’s going to stay in the show.” So I don’t really know how it happened, besides extraordinary good luck and timing. Actually, we just read the season finale, and I was just waiting for them to be like, “And unfortunately, Erin has to go,” but there wasn’t any hint of that. I guess that’s the fear of any sitcom, or any show, that your character will leave. But I think she’s going to come back next year, so that’s good.

“I really don’t like that video, and I wish that I hadn’t done it, even though I know that it’s a joke,” she told the AV Club. “I hate that it got sort of big, because I don’t think that it’s that funny and I don’t want that to be the epitome of my work.” 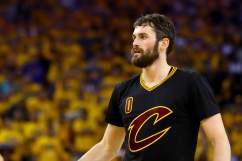 ‘Late Show with Stephen Colbert’: Who Are the Guests for Week of June 27