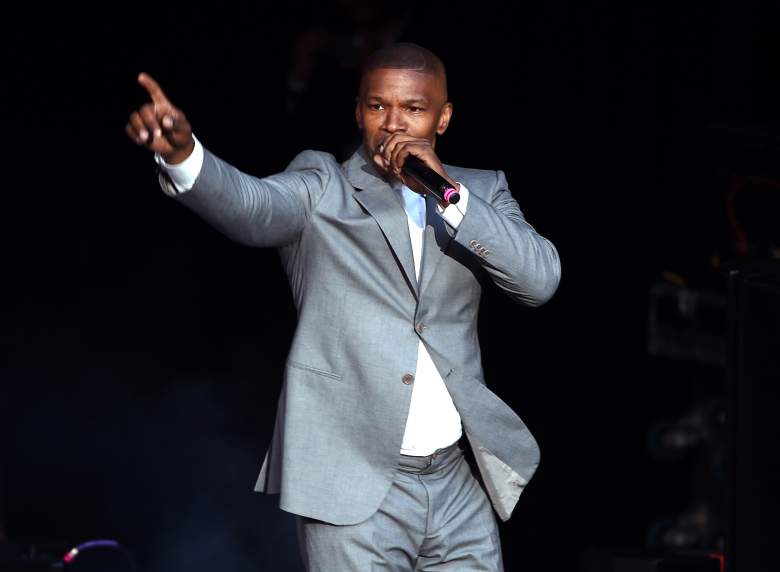 Jamie Foxx appeared at the “Hillary Clinton: She’s With Us” concert on June 6 in Los Angeles. (Getty)

Jamie Foxx, 48, is an Oscar-winner who successfully transitioned from stand-up and comedy on In Living Color to more serious roles. Foxx, who was born Eric Marlon Bishop, has also had a successful music career, headlined by the smash success of 2005’s Unpredictable. He’s recorded four albums, with the most recent one being 2015’s Hollywood: A Story of a Dozen Roses.

At the moment, Foxx has been in the news thanks to some tabloid rumors about his relationship with actress Katie Holmes. Former Real Housewives of Atlanta star Claudia Jordan said that they were together, but she later told Entertainment Tonight that she “misspoke,” adding, “I’ve never seen them together, he’s never told me he’s dating her.” Foxx has too many projects on his plate to worry about what the tabloids say about him. He’s got three movies in production.

As for his net worth, Celebrity Net Worth reports that Foxx has an estimated net worth of $100 million.

Here’s a look at how Foxx makes his money, how he spends it and his life.

1. Foxx Has Starred in Nine Movies That Made Over $100 Million 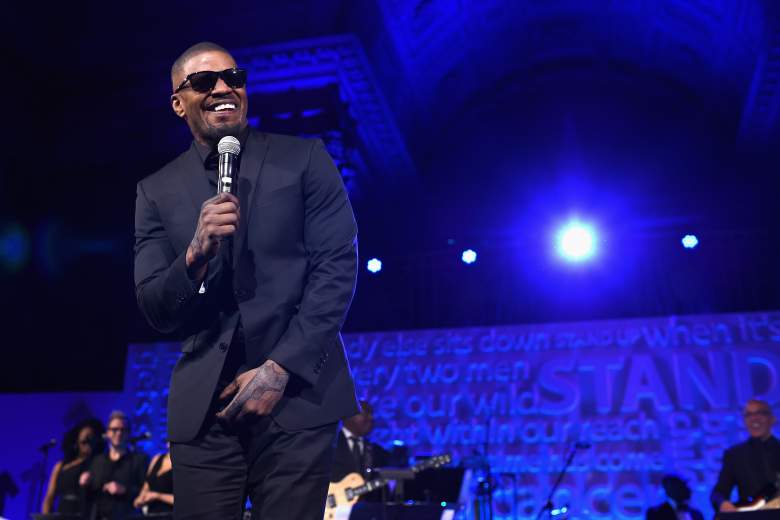 Foxx is an A-lister and the box office results of his work will attest to that. According to Box Office Mojo, Foxx has appeared in nine movies that have crossed the $100 million mark in North America. His top-grossing film is 2014’s The Amazing Spider-Man 2. It might have been hit hard by critics and fans, but it still made $202.8 million for Sony. Foxx played the villain Electro in the film.

Foxx’s first dramatic movie was Oliver Stone’s Any Given Sunday (1999). In an interview with The Post Game in 2014, Foxx called it his favorite movie that he made. Audiences liked it too, and the film made $75.5 million. 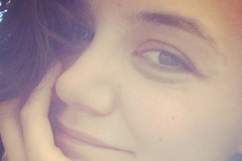 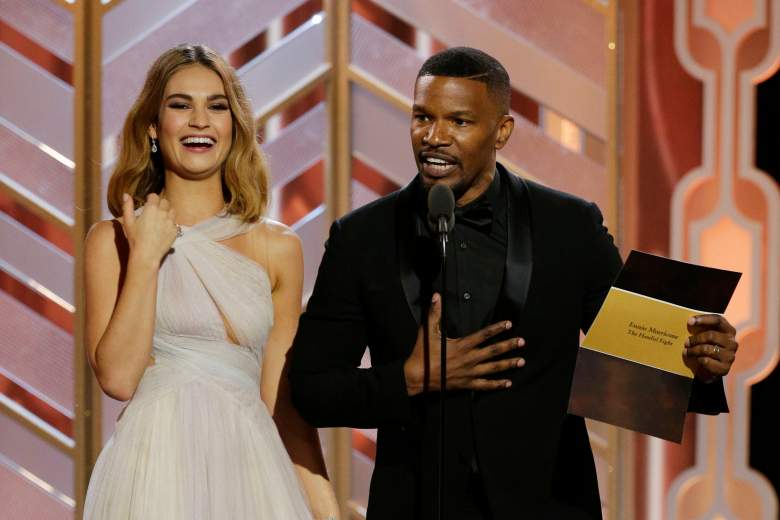 If Foxx wanted to hit the pause button on his film career, he could focus on his music and still do well. He has recorded five albums and scored the biggest hit of his career with 2005’s Unpredictable. That album has been certified 2X Platinum by the RIAA, selling 2 million copies. The title track was released as a single and certified Platinum (1 million copies sold) and “DJ Play a Love Song” was certified Gold (500,000 copies sold).

Foxx followed Unpredictable with Intuition (2009) and the single “Blame It,” which were both certified platinum.

Foxx’s most recent album is 2015’s Hollywood: A Story of a Dozen Roses, which debuted at the top of the R&B Billboard chart. It sold 31,000 copies in its first week, which gave it the 10 spot on the Billboard 200 Albums chart.

3. Foxx Keeps The Mothers’ Identities of His Two Daughters a Secret 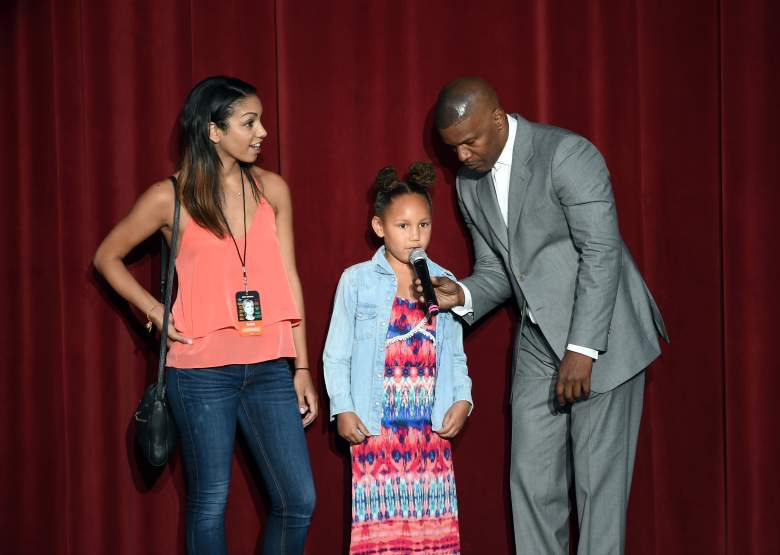 Jamie Foxx and his two daughters, Corinne and Annalise. (Getty)

Foxx has never married, but he does have two daughters and does his best to keep their mothers’ identities a secret. His oldest, Corinne Foxx, is 21 and was Miss Golden Globes 2016. He also has a 7-year-old daughter named Annalise Bishop, notes E! News.

“She’s 7. She’s totally different though. She want it all,” Foxx told Ellen DeGeneres about Annalise. “Like we had to drive into L.A., and I said, ‘Which car do you want to take?’ And she said, ‘I want the Rolls Royce with the top back.'”

In an interview with Oprah Winfrey in 2012, Foxx admitted that he doesn’t think he’s “built” for marriage. He said his one piece of advice for anyone else in Hollywood is to never let anyone know who you’re dating. He’s followed his own advice, since the identities of Annalise and Corinne’s mothers remain unknown.

Back in January 2016, Foxx saved a 32-year-old Brett Kyle’s life by pulling him out a wrecked car that burst into flames just outside the actor’s home. There was a bystander who helped out and turned out to be an EMT. He also called 911 for Kyle, who was allegedly driving under the influence.

“I’m not a hero… but had to do something,” Foxx said of the incident, reports ABC News.

“Met the father of the young man from last night today,” Foxx later wrote on Instagram. “This is all that matters. That a man, a son, a brother’s life was spared last night. God had his arms wrapped around all of us…No heroes…Just happy fathers.”

The home Foxx saved Kyle in front of cost Foxx $10.5 million, Variety reported in 2007. The Hidden Valley, California estate covers 40 acres and has 10 bedrooms and 12 bathrooms. 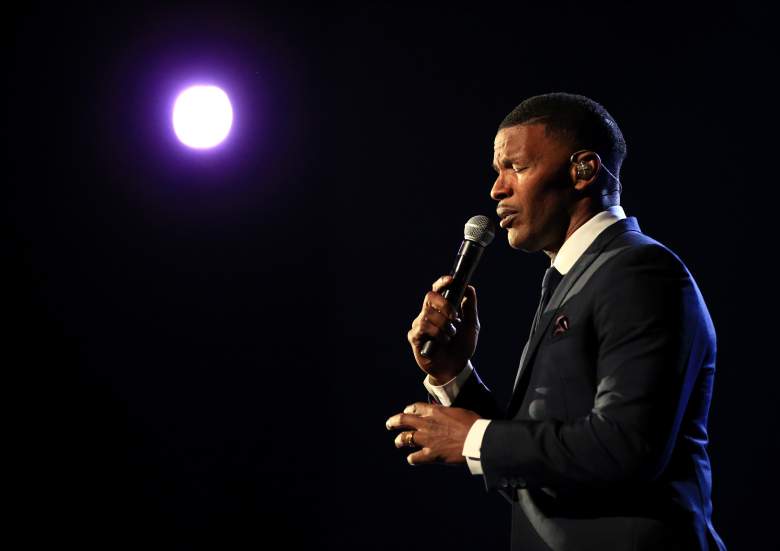 Jamie Foxx performs at the Shrine Auditorium in November 2015. (Getty)

Foxx has shown his charitable side several times in recent years. In 2005, Foxx met with Hurricane Katrina victims at an NAACP event. “The reason you have to do this is you have to let them know that you’re real,” he told them. He also supported the ONE Campaign, appearing in a PSA. Foxx also promised to help Promise For Education, an initiative set up by the University of California in 2015 to help them raise $1.3 million.

In October 2015, the Daily Mail reported that Foxx helped raise a record $2 million for the Global Down Syndrome Foundation. His sister, DeOndra Dixon, 31, has Down’s Syndrome. 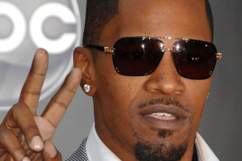