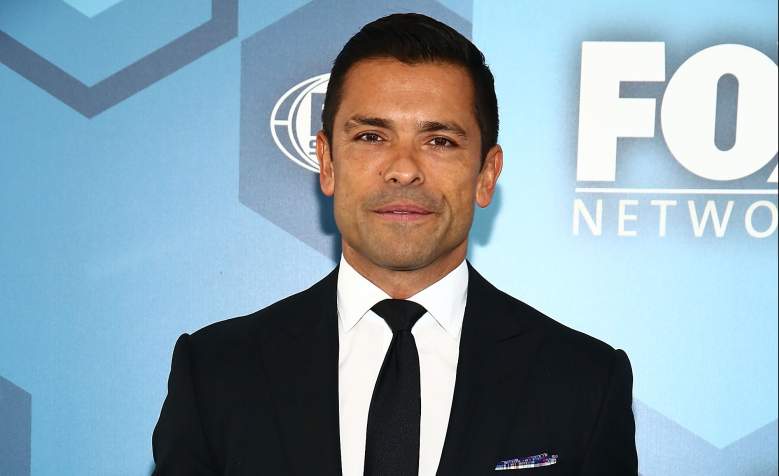 As Kelly Ripa searches for new co-host on Live, her 20-year marriage to Mark Consuelos remains strong. The couple met on the set of All My Children in 1995 and never looked back.

Ripa, 45, joined Live in 2001 as Regis Philbin’s co-host, taking over for Kathie Lee Gifford. From time to time, Consuelos, 46, has filled in as her guest-host when Philbin or, more recently, Michael Strahan, has taken a day off.

Here’s everything you need to know about this Hollywood couple.

1. Ripa and Consuelos Met as Co-Stars on ‘All My Children’

Ripa began her acting career playing the role of Hayley Vaughn on the ABC soap opera All My Children in December 1990. Consuelos joined the cast as her love interest, Mateo Santos, in 1995 and less than a year later, the co-stars eloped to Las Vegas on May 1, 1996.

The couple first met during Consuelos’ audition for the soap. At that time, he didn’t have any intention of asking Ripa out, more focused on getting the role. He told HuffPost Live in 2014:

I thought she was adorable, hot and sexy and all that stuff. But I was very focused — I didn’t really think I had a chance with her, so I wasn’t really focused on that. We became friends really quickly after that.

2. Consuelos Thinks Co-Hosting ‘Live’ With His Wife Would be Bad for His Marriage

Consuelos has co-hosted with his wife on Live more than 40 times dating back to 2005, but don’t expect him to ever fill the seat permanently. When Ripa was searching for a new co-host after Regis Philbin left, she considered her husband, but he cared too much for their marriage to do it.

“No one would make me happier than Mark, but he values our marriage and he says that he doesn’t see how we could stay married and both do that show,” she told Vanity Fair in 2012.

3. Consuelos Worked as a Male Stripper to Pay for School

Consuelos lived around the world growing up. Born to an Italian mother and a Mexican father, he was born in Zaragoza, Spain. He grew up living in Italy and the United States between Lebanon, Illinois and later Tampa, Florida.

He started his collegiate career at University of Notre Dame before transferring back down to the University of South Florida to finish his degree in marketing in 1994. It was there where the 5-foot-8 Consuelos worked as a male stripper. His past occupation was first revealed by the National Enquirer before Ripa confirmed it during her interview with Vanity Fair.

A lot of hot guys in Hollywood have done that. He was straight out of college, and he went to Notre Dame and finished his degree at the University of South Florida. So, there he was in South Florida, he’s gorgeous, looking to break into show business, so he started off as a roadie to a group of these guys, and then they talked him into stripping.

4. He and Ripa Have Three Children

Consuelos and Ripa have three children — 18-year-old son Michael Joseph, 14-year-old daughter Lola Grace and 13-year-old son Joaquin Antonio. From early on, the parents decided to be “present” in their children’s lives and trying to have dinner together every night, even if that means standing around the kitchen eating pizza straight out of the box.

When a rumor popped up in early 2015 that Ripa and Consuelos were expecting a fourth child, they decided to turn it around and use the rumor as an April Fool’s joke on Live. They convinced the audience for a few minutes that the rumor was true and Ripa was so convincing, she almost had her husband second guessing the charade.

5. Consuelos Will Star in Fox’s ‘Pitch’ About the First Female Baseball Player

His previous screen credits include recurring roles on Amazon Prime’s Alpha House and DirecTV’s Kingdom. He also starred on the Canadian-American drama, Missing, from 2003 to 2006.