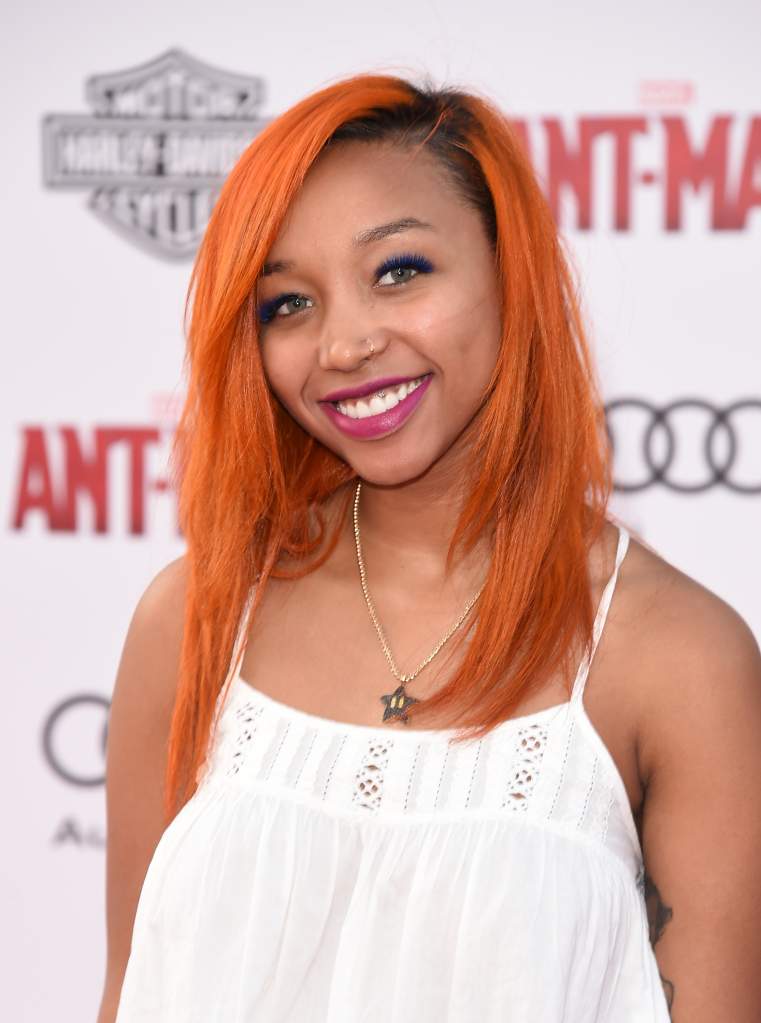 Pullins at the Ant-Man premiere. (Getty)

Zonnique Pullins has found herself in the news lately. For those who don’t know her, the 20-year-old has made a name for herself, due not just to her family but the music she’s put out in her short career. Pullins is not, however, in the news for any of those reasons today. She was recently arrested on weapons charges in Georgia.

Here’s what you need to know about Pullins.

1. She Was Just Arrested for Carrying a Gun in an Atlanta Airport

Pullins’ arrest yesterday was at Hartsfield-Jackson International Airport in Atlanta. Pullins attempted to go through the TSA checkpoint carrying a gun. The police report identified the gun as a “380 Ruger semiautomatic pistol.” She was arrested after police failed to locate a weapons permit, which Pullins claimed she had.

Pullins was taken to Clayton County Jail, charged at around 10 p.m. Her gun was confiscated, and she was released at 2:09 a.m. Friday morning.

2. She is the Daughter of Famous Rapper and Producer T.I.

Pullins is perhaps best known for her notable parents. Her stepfather is rap mogul T.I., a star who had 5 consecutive platinum albums from 2003-2008. He’s had two number 1 singles in his career – 2008’s Whatever You Like and Live Your Life, which features Rihanna. He also appeared on Robin Thicke’s infamous number 1 hit, Blurred Lines.

T.I. is no stranger to gun issues this year. In May, a shooting took place at a T.I. concert at Irving Plaza in New York. One was killed and three other people were wounded as a result of the shooting. T.I. tweeted his condolences after the events.

Music is in Pullins’ blood, it seems. Her mother is Tameka “Tiny” Harris, named for her diminutive stature. As a performer, Harris was best known for her role in the group Xscape, a successful R&B group from the 90s. Xscape had 3 platinum albums and 5 top 10 Billboard Hot 100 hit songs.

Harris also made her name in the songwriting game as well. Most notably, she co-wrote TLC’s iconic song No Scrubs, which netted her a Grammy for Best R&B Song. She also had a reality series called Tiny and Toya on BET for two seasons. More recently, she was involved in a musical project that also involved her daughter.

Pullins’ parents are now finding themselves in the news regarding their daughter’s gun story – the Daily News reported that both T.I. and Tiny supported Pullins having a gun. TMZ claimed that Tiny was the one who had the permit Pullins claimed she had to authorities.

4. She Was a Member of the Girl Group OMG Girlz 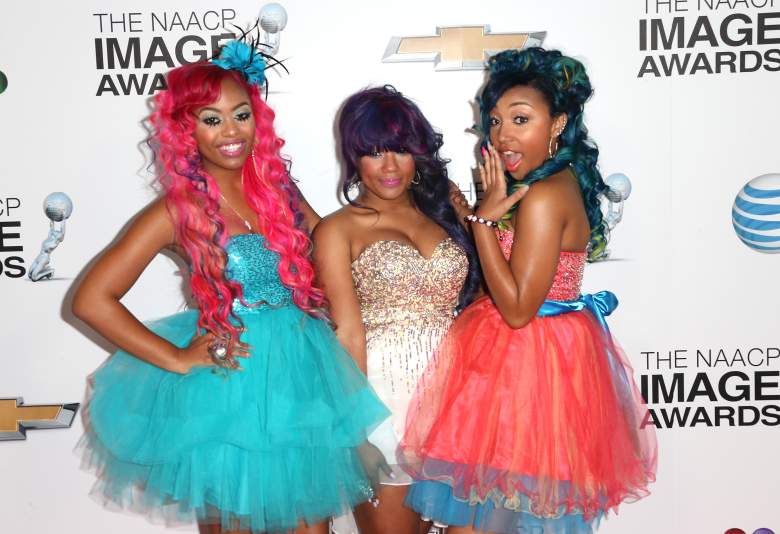 The OMG Girlz at the NAACP Image Awards. (Getty)

Pullins may be best known for her role in former teen girl group OMG Girlz. This group also included Reginae Carter, the daughter of Lil Wayne. Though never achieving worldwide stardom, the group made some headway in R&B charts and on YouTube with songs like Gucci This (Gucci That).

The group won Outstanding New Artist at the 2013 NAACP Image Awards, but broke up in 2015. Since then, Zonnique has put out several solo songs, though no album. Her most notable solo song so far is Nun For Free, featuring rapper Young Thug.

5. She Got Her Eye Color Permanently Changed to a Bluish-Gray

In 2014, Pullins underwent iris implant surgery, a surgery her mother has also undergone in the past. Pullins now has bluish-gray eyes. Her mother was surprised by the decision, saying “I was so into it, and I’m like doing all my research, and she’s like, ‘Zo, you do not need it.’ But I went with her to take care of her while she got hers done, so it was people down there who had did the same.”