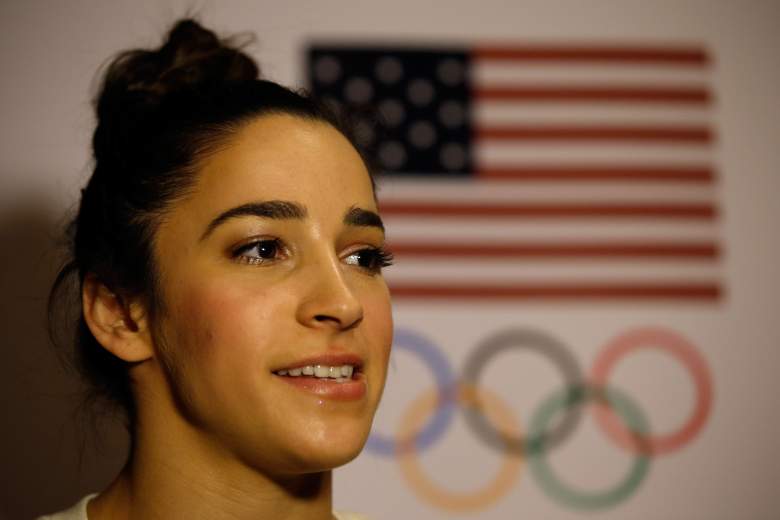 22-year-old Aly Raisman is back at it again– and that “it” is no little thing. Raisman, who stands at 5’2″, will be helping the US Gymnastics Team at they fight for another 1st place title at the Olympics in Rio this summer. Aly, as most of us know, is no amateur when it comes to the sport– at the 2012 Summer Olympics, she won gold medals in the team and floor competitions, and placed third on beam. Her accomplishments made her the most decorated American gymnast at the games. But does she have it in her to find the same success this time around? Will she win another gold medal?

Read on to learn more about Raisman’s family and background.

1. She Competed on Dancing With the Stars

In 2008, Aly appeared with the rest of her gang, known as the ‘Fierce Five’, in a freestyle dance on the series. 2008 Olympic gold medal winner, Shawn Johnson, and her partner, Derek Hough, were competing on that season of DWTS.

2. She’s Been Given the Nickname ‘Grandma’ 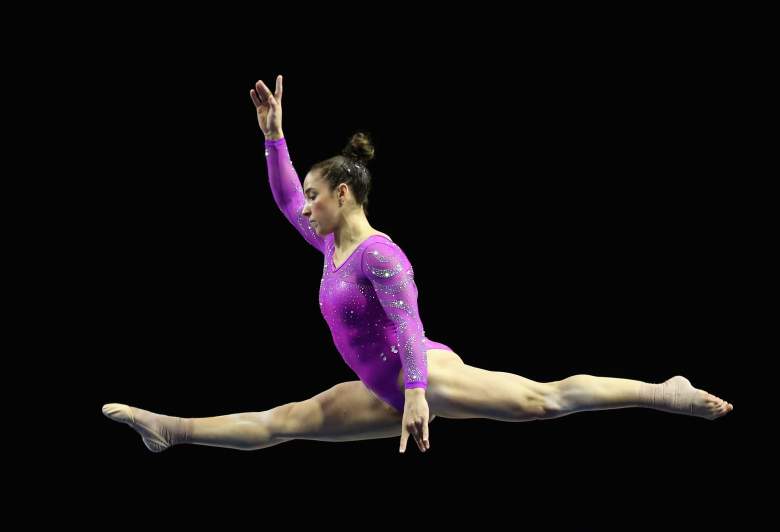 As a veteran of the sport and the Olympics, Raisman has been given the nickname ‘Grandma’ by her mostly-teenage teammates– the fact that she loves taking naps probably contributed to the title, as well.

In July, the 22-year-old told ABC News, “Right now, I’m just really focused on being a good captain and also just making sure we do a good job in the team final.”

According to the New York Post, the US team coordinator, Marta Karolyi, isn’t a fan of second chances– this year marks the first time a gymnast will be competing in two consecutive Olympic Games. Both Raisman and Gabby Douglas, 20, will be vying to prove themselves at the global competition one more time. On a conference call, Karolyi told the NY Post, “I think the girls, the other team members, look up to [Aly]. They elected her [captain]. She is a good leader. She’s very balanced, very much loves what she’s doing.”

Raisman is reportedly fine with the ‘grandma’ title– she knows it’s all in good fun. The NY Post writes, “…Raisman doesn’t mind the ribbing she takes from the younger gymnasts. She’s making sure the extra experience she has is being passed on to others.”

3. She Has Three Younger Siblings

Raisman was born on May 25, 1994, in Needham, Massachusetts. Her mother, Lynn, is a former high school gymnast. Aly has three younger siblings– Brett, Chloe, and Madison.

The tumblebug began the sport when she was just two-years-old, and cites the ‘Magnificent Seven’ as her inspiration for starting the sport. Until Level 8, Raisman trained at Exxcel Gymnastics, after which she began to train at Brestyan’s American Gymnastics Club.

Raisman graduated from Needham High School in 2012. In an interview with USAG Gymnastics, Aly said, “I was two years old when my mom put me in mommy and me classes. I always had a lot of energy so it was the perfect fit!”. In 2009, she won first place on vault at the 2009 American Classic. She then won the all-around at the 2011 CoverGirl Classic.

Earlier this year, Boston Magazine came out with an article titled “A Day in the Life: Olympic Gymnast Aly Raisman”. The piece reveals that Raisman has been training 35 hours/week in preparation for Rio. At 7 am, she wakes up to eat breakfast, and by 7:40 am, she drives to practice at Brestyan’s American Gymnastics in Rio. (Instagram/alyraisman)

Raisman originally committed to compete at the University of Florida, but instead chose to become a professional gymnast (meaning she would not be able to compete for a university team). Raisman now attends Babson College part-time.

As of 2013, her life involved spending two mornings a week taking classes at the college, which she described as being a bit jarring– according to the Boston Globe, Raisman hadn’t studied in an actual classroom since her junior year of high school.

5. She Admits to Struggling With Confidence

Raisman has shown a huge boost in self-confidence since failing to qualify for the all-around final at the 2015 World Championships. She told the Associated Press, “I think I am better (than I was four years ago). And I feel like I’m on track to be a better gymnast than I was.” (Instagram/alyraisman)

Raisman has admitted to having some issues with self-confidence when it comes to the big-time meets. She told The Wall Street Journal, “To be honest, I always think about the fact that I am the reigning floor Olympic champion. Sometimes I struggle a little bit with being confident, so when I go up there I just remind myself that no matter what happens I’ve already won, so I just have to go out there and enjoy it.”

After the 2012 Olympics, Raisman took a break from the sport to be part of Dancing With the Stars. In October 2014, she attended the national team training camp but did not succeed in making the all-around finals at the 2015 World Championships. However, that hasn’t stopped her from training hard, and making it all the way to Rio. In June, Ali said, “I think I am better [than I was four years ago. And I feel like I’m on track to be a better gymnast than I was.”

Read More
Aly Raisman, Gymnastics, Rio Olympics 2016
Aly Raisman will be competing as part of the 2016 US Olympic Gymnastics Team in Rio. Find out her age, height, and background, right here.