Supreme Leader Snoke might have only appeared on screen for barely a minute in Star Wars: The Force Awakens, but it was enough to inspire fans to spend hours online talking about potential theories for who this person might be. All we know is that he is the leader of the First Order and that he pulled Ben Solo (Adam Driver) away from the Light Side of the Force and made him master of the Knights of Ren. We don’t know what kind of creature Snoke is or even how tall he is. He might have just been using that giant hologram as a way to intimidate his underlings, in the way that Emperor Palpatine appeared to Darth Vader as a giant head.

Like the theories centering on Rey, some of the Snoke theories are a little wild. Here’s a look at five popular theories about Snoke’s identity.

Easily the most popular theory of Snoke’s identity is that he’s really Darth Plaguies, the Sith Lord who taught Darth Sidious (a.k.a. Palpatine) everything he knew. While members of the Star Wars team have insisted that Snoke is a character we’ve never seen before, this theory continues to live. As Palpatine (Ian McDiarmid) told Anakin Skywalker (Hayden Christensen) in Revenge of the Sith, Plaguies could save others from death “but not himself.” That really should be the end of the story, but it’s not for some Star Wars fans.

@MarissaTalchi @Daniel_Outhier @Gary_Thursby I said Sidious killed Plagueis. He killed him. Killed. As in "to kill". Like, there was killing

@timvitkuske he was said to possess the ability to keep loved ones from dying. Not himself. His apprentice killed him.

“No, he’s a new character in this universe. It is very much a newly-introduced character. He’s aware of what’s gone on, in the respect that he has been around and is aware of prior events. I think it’d be fair to say that he is aware of the past to a great degree.

Reddit user HeronSun also came up with a fantastic and detailed theory that links Plaguies to Snoke. HeronSun suggests that Plaguies was not only Snoke, but also Palpatine because he really had learned how to become immortal by hopping from body to body. It’s why, according to HeronSun, Palpatine didn’t care about Mace Windu (Samuel L. Jackson) injuring his body. He could always find another one.

If we disregard Serkis’ comment and the little fact that Emperor Palpatine exploded when Darth Vader threw him down the Death Star II shaft, there is a theory that Palpatine is somehow Snoke. You just can’t keep an evil Sith Lord down, especially one who supposedly knows how to manipulate midi-chlorians.

As Collider pointed out, there is a vague similarity between “Palpatine’s Teachings,” the piece of music John Williams composed for the scene where Palpatine talks about Plaguies in Revenge, and Williams’ “Snoke” theme.

There’s also a similarity between Snoke and art Ralph McQuarrie did for Return of the Jedi. Palpatine’s body did deteriorate over time, so it’s also possible that his body had become what we see in The Force Awakens.

In this writer’s opinion, this seems a bit crazy because Grand Moff Wilhuff Tarkin, played by the late Peter Cushing, refused to evacuate the Death Star “in our moment of triumph.” It’s long been assumed that he died when the battle station exploded over Yavin in Star Wars: A New Hope.

However, the theory that Tarkin is Snoke has come up, mostly because of the high cheekbones. Yes, Snoke does bear a resemblance to Cushing, especially when you look at models of Snoke that show his injuries. Tarkin could have been scarred during his escape from the Death Star.

Tarkin wasn’t a Jedi or Sith, so in order for this to be true, Snoke wouldn’t be a Force-user. How, then, would he be a teacher for Kylo Ren? Perhaps Snoke believed that Ren needed to be as gifted a military strategist as Tarkin was in order to beat the Resistance and crush the New Republic. 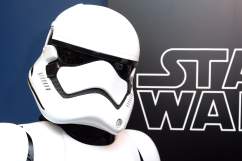 These are other preposterous ideas, but they are out there. In November 2015, the theory that Jar Jar Binks was actually a Sith Lord exploded on the Internet, ultimately resulting in the above video that now has over 5 million views. If Jar Jar is a Sith Lord and Snoke is a Sith Lord, why can’t Jar Jar be Snoke?

During the Force Awakens premiere, PopSugar Entertainment surprisingly asked members of the cast if they thought Jar Jar was Snoke.

Also, we know that director J.J. Abrams hates Jar Jar so much that he joked about including his bones in The Force Awakens.

There’s also another theory that Boba Fett is somehow Snoke. This sounds improbable, but is still getting kicked around. A theory that popped up on Reddit this week suggests that The Knights of Ren have something to do with Mandalore, Jango Fett’s homeworld.

5. Snoke Is ‘The Operator’ From ‘Star Wars: Aftermath’ 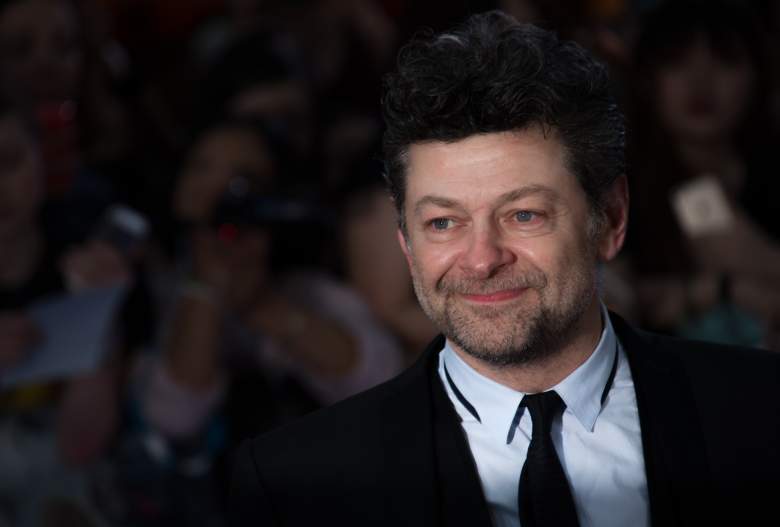 This is the best theory, since The Operator is a completely new character, who first appeared in Chuck Wendig’s Star Wars: Aftermath. The book was the first post-Return of the Jedi novel set in the new canon and is the first of a trilogy. Book two, Life Debt, came out last month.

Aftermath introduced The Operator, a mysterious character who appeared to be pulling the strings of the remaining Imperial forces.

As CheatSheet points out, Life Debt reveals that The Operator’s name is Gallius Rax. Rax also plays a role in saving Brendol Hux, the father of General Hux (Domhnall Gleeson). The character was also close to Palpatine and leads the Empire into the Battle of Jakku. It’s possible that Rax is scarred during that battle, which would explain Snoke’s scars.