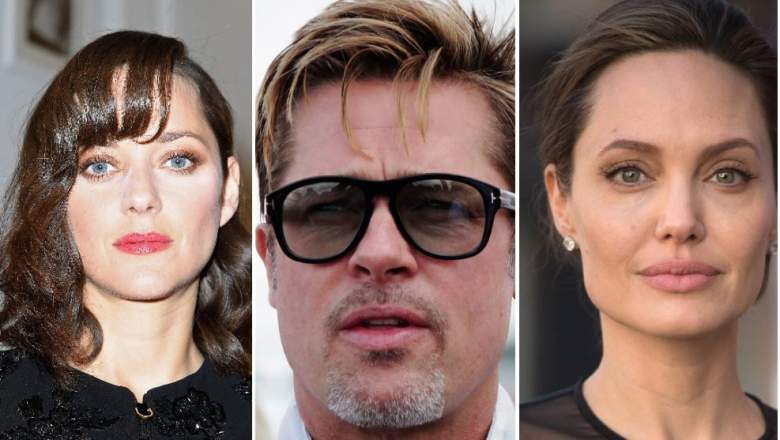 On Tuesday, TMZ announced that Angelina Jolie has filed for divorce from Brad Pitt, citing “irreconcilable differences”. But what exactly were the differences that triggered the abrupt split? Did it have anything to do with another woman?

According to Page Six, Pitt is rumored to have been getting cozy with his co-star, Marion Cotillard, on the set of their new WWII film, Allied, which is shooting in London. The news outlet goes on to write that the PI hired by Jolie to check in on Brad found that he wasn’t only cheating on his wife with Cotillard, but with Russian hookers, “while boozing it up with coworkers”, a source said.

Jolie reportedly hired the PI because she had an inclination that Brad was messing around with other women on set. A different source told the news outlet, “The older she gets, the more serious she becomes, and she is sick of the Hollywood thing. He wants to make movies. She doesn’t. It’s a fundamental difference. It’s how you live your life.”

On Wednesday, The Sun reported that Jolie stormed on set of the film and accused Cotillard, who has been in a relationship with actor Guillaume Carnet for the past nine years, during filming. A source told the news outlet that when Angelina and Marion met earlier this year, Jolie was very aggressive towards Pitt’s costar. “Angelina insisted on being there to keep a watch on Brad and he was mortified by how he treated Marion who is happily married and a very professional woman.”

But while Page Six is claiming Pitt was cheating, TMZ has said that there was no third-party member involved. A source told them that the separation occurred because Jolie wasn’t happy with Brad’s parenting styles. “We’re told there was no alleged ‘third person’ … her decision to file was solely over Brad’s interaction with their children.”

Pitt and Jolie were last photographed together in July when they took Knox and Vivienne out for breakfast in West Hollywood. Jolie is asking for physical custody of the duo’s six children, according to TMZ. She does not want Brad to have joint physical custody.