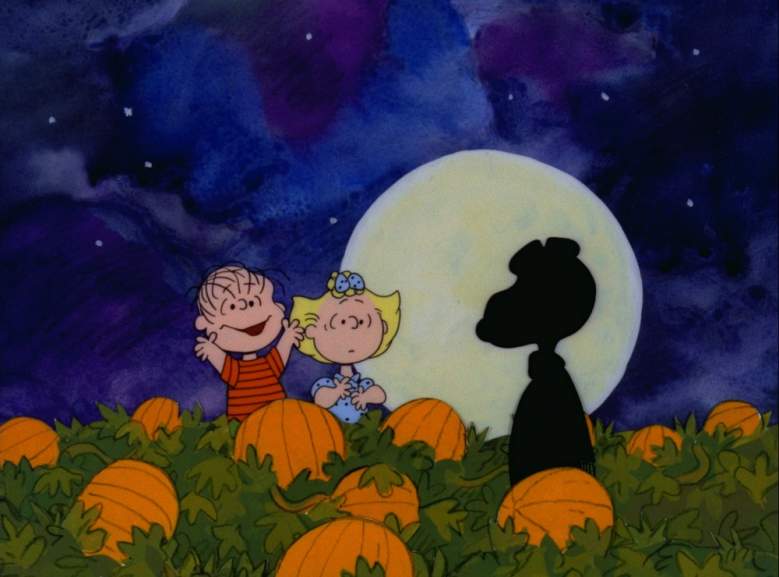 On October 27, 1966, CBS first aired It’s The Great Pumpkin, Charlie Brown. While the network might have changed to ABC in 2001, but it has continued to air every year since and remains one of the all-time television holiday classics. This year is made more special by the fact that it is the 50th anniversary of the special.

With the special airing again on October 28 at 8 p.m. ET, here’s a look at the history, plot and celebrations related to It’s A Great Pumpkin, Charlie Brown. 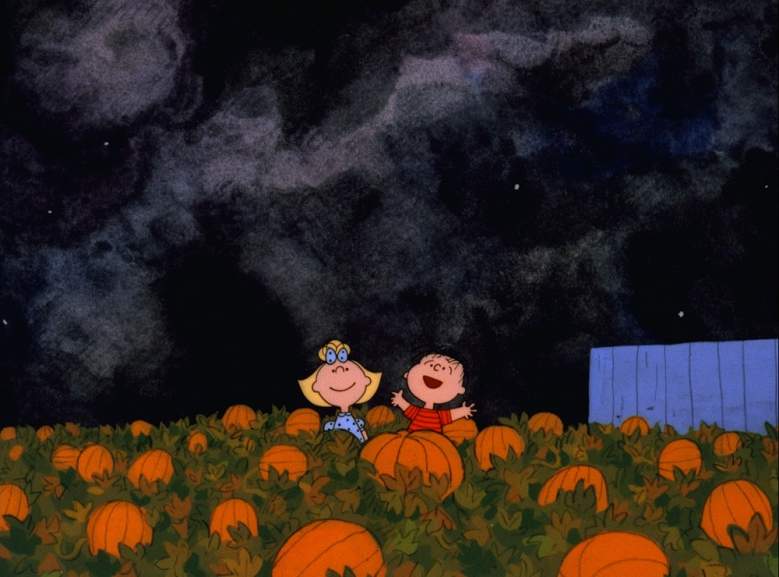 Bill Melendez, who died in 2008 at age 91, and his studio were behind every Peanuts special until 2006’s He’s a Bully, Charlie Brown. Melendez was hand-picked by Peanuts creator Charles M. Schulz to oversee the production of the cartoons with producer Lee Mendelson.

Their first special was A Charlie Brown Christmas, which debuted in 1965. It was followed in June 1966 with Charlie Brown’s All-Stars. It’s The Great Pumpkin, Charlie Brown was the third special.

Melendez was a Mexican-born artist who attended what is now CalArts. In 1938, Walt Disney hired him and he worked on Dumbo, Fantasia, Pinocchio and Bambi. In 1941, he began working for Leon Schlesinger to animate Warner Bros. cartoons. When television came along, Melendez entered a new phase of his career, animating commercials. Bill Melendez Productions, Inc. is now overseen by his son, Steven Melendez. 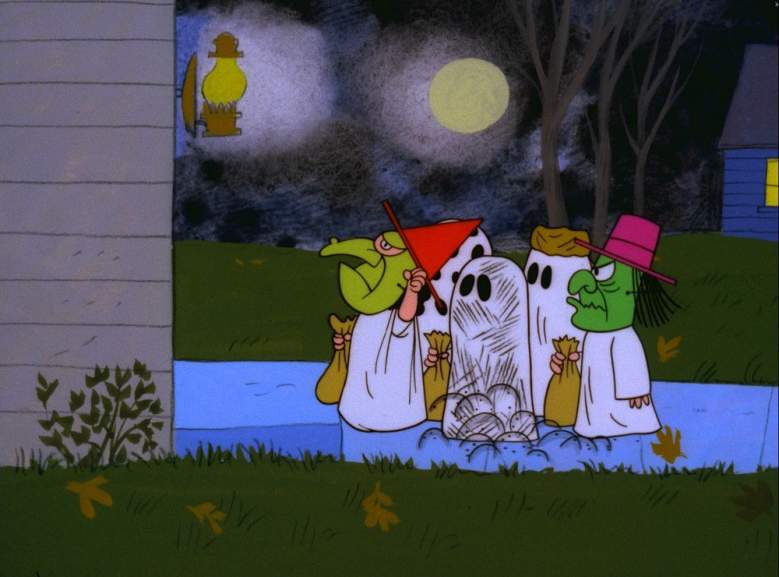 Most television shows not airing on CBS would love to earn 6 million viewers a week. Despite being 50 years old, Great Pumpkin gets that nearly every year. In 2015, the special’s first airing was on a Tuesday against the most-watched show on TV, NCIS, and still drew 6 million viewers, The Hollywood Reporter reported last year. Even more impressive, it earned a 2.0 rating in the 18-49 demographic.

While Great Pumpkin used to be paired with another Charlie Brown special, ABC has paired it with Toy Story of Terror! for the past two years. The Pixar special will air after it this year as well.

3. Viewers Sent Producer Lee Mendelson Candy to Give Poor Charlie Brown, who Only Got a Rock on Halloween 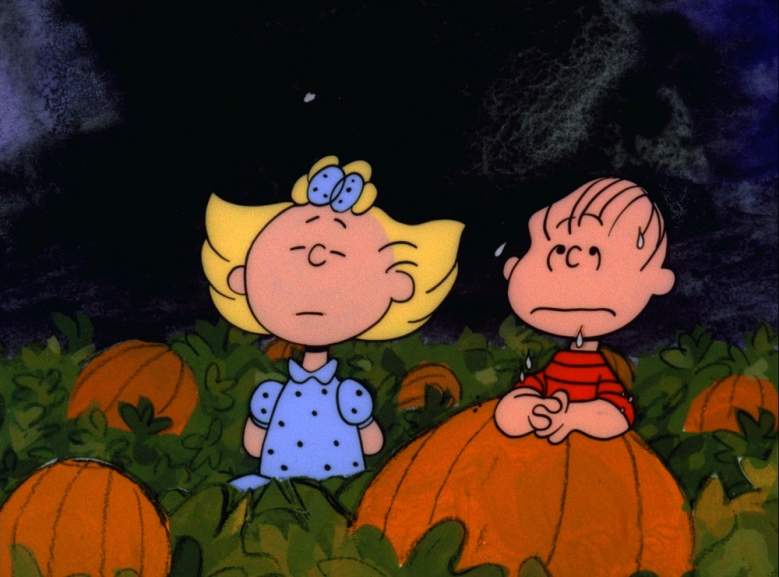 As we all know, Charlie Brown ended up with a rock for Halloween instead of candy. Children around the country were so engrossed in the story that they believed poor Charlie was real and didn’t get candy. So, they mailed Mendelson candy to give to the lovable Blockhead.

“You remember he [Charlie Brown] got rocks in his trick-or-treat bag, and all the other kids got candy. Well, we got candy from all over the United States for poor Charlie Brown, and people were really upset with us,” Mendelson told ABC News in 2006. “I mean, we got some … not hate mail but letters that really didn’t like the fact that he got rocks in his bag.”

4. Some See Linus’ Devotion to the Great Pumpkin as a Religious Allegory 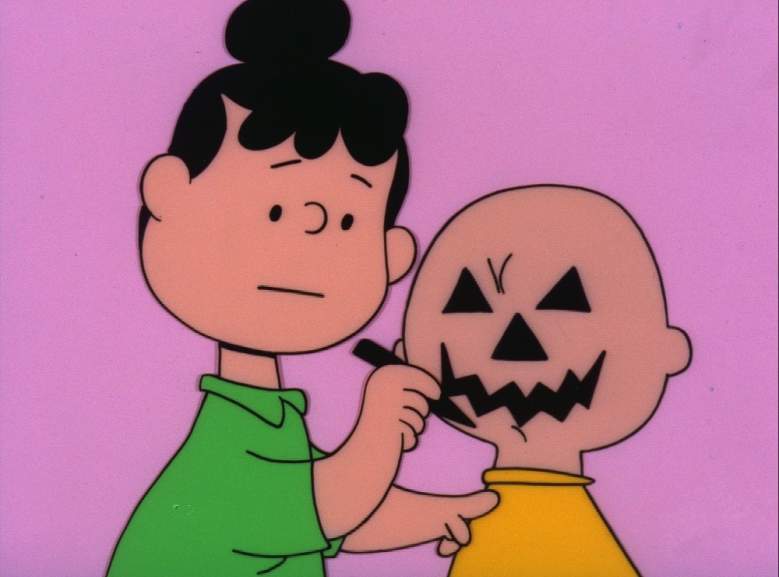 In Great Pumpkin, Linus would rather wait in a pumpkin patch for The Great Pumpkin to arrive than spend Halloween with his friends. He’s the only one who believes in the Great Pumpkin. As he famously says in the film, “There are three things I’ve learned never to discuss in public: religion, politics and the Great Pumpkin.” For Linus, the character is like Christmas’ Santa Claus.

Some see a religious allegory in the story of Linus’ devotion to the character only he wants to wait for. There’s even a conspiracy theory that Schulz wanted to create a fake religion with the Great Pumpkin.

In 2015, Stephen J. Lind published a biography of Schulz that looked at him through a spiritual point of view. A Charlie Brown Religion: Exploring the Spiritual Life and Work of Charles M. Schulz looks at how Schulz referenced his Christian faith and why he did so in his cartoon strips. Schulz wrote Great Pumpkin, as well as A Charlie Brown Christmas, which famously features Linus’ speech about the true meaning of Christmas.

“I think anything that continues to be truthful and soulful eventually becomes timeless,” Pearls Before Swine creator Stephan Pastis told ABC News in 2006. “For me, the honesty and likability of Linus and his faithfulness is a compelling theme delivered very honestly and simply. Therefore it will resonate long after some more current Halloween specials are gone.” 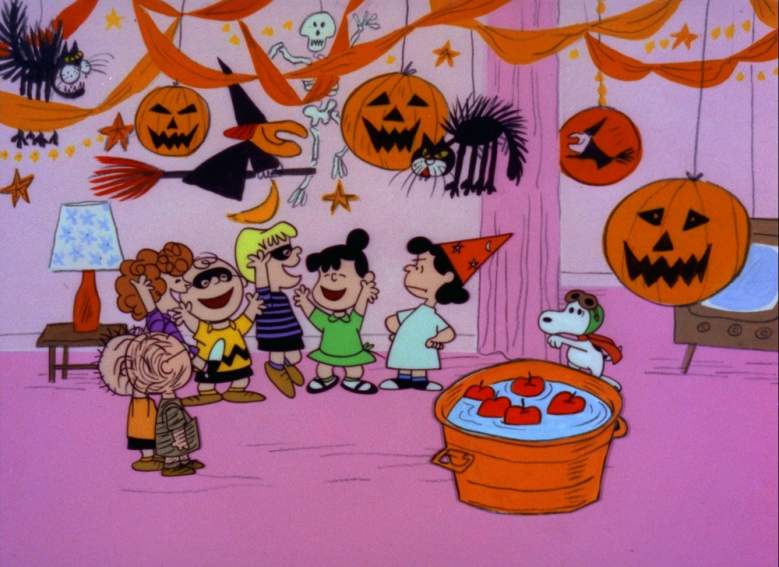 Then again, Linus’ believe in a Santa Claus-character for Halloween might have just been part of a long-running joke. In a October 1959 strip, Linus asks Lucy, “Why don’t we get the whole gang together, and go out and sing Pumpkin carols?” 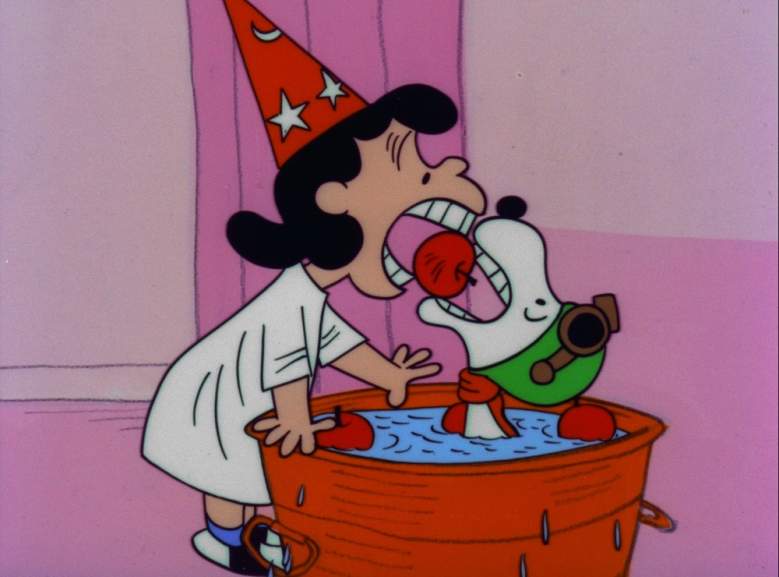 Jill Schulz, the youngest daughter of Shulz, told the Washington Post in September that part of the 50th anniversary celebration for Great Pumpkin will be Peanuts-themed corn mazes across the country. The Utah-based MAiZE is working with farms to create different corn mazes inspired by the show.

Click here to find the nearest Peanuts-inspired corn maze. Hopefully, you go home with something better than a rock.

If you can’t catch It’s The Great Pumpkin, Charlie Brown on October 19, ABC is re-airing it at 8 p.m. on Friday, October 28. You can also watch the special in its entirety on YouTube right here. 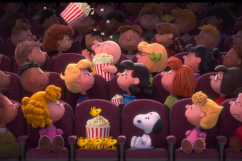