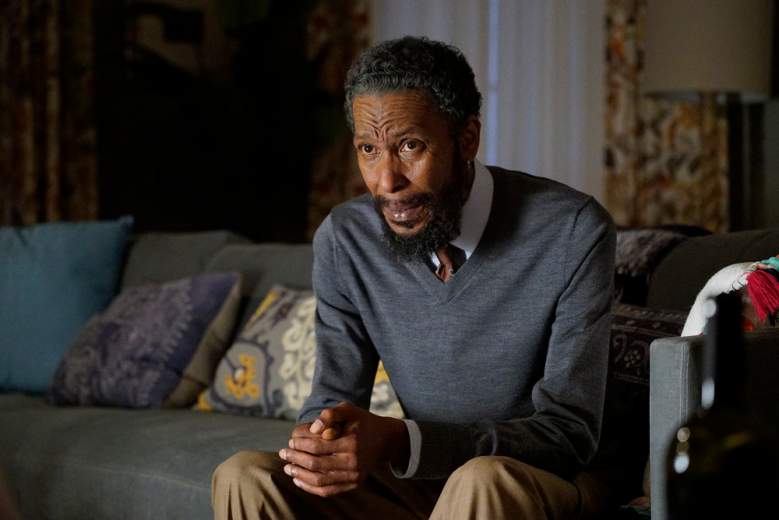 Ron Cephas Jones is one of those actors whose faces you know, but names you might not. He’s been acting in film and television since early 1990s, but has only recently begun to win lead roles on television. In just the past two years, he’s been on Mr. Robot, The Get Down, Luke Cage and now, This Is Us.

On the hit NBC freshman series, Jones played William, the biological father of Randall (Sterling K. Brown). William gave Randall up for adoption after his mother died and Randall was adopted by Jack (Milo Ventimiglia) and Rebecca (Mandy Moore) Pearson. At the start of the series, Randall finally finds his biological father, assuming that William completely abandoned him. But in episode three, we learned that this wasn’t exactly the case. We’ve also learned that William is dying because of cancer. We saw his heartbreaking death in “Memphis,” which focused on William’s past and his family, teaching us more about the past Randall never knew he had.

In “The Game Plan,” creator Dan Fogelman took audiences to the future. Just moments after revealing that Jack is dead in the present, he jumped to a future where we see Randall mourning the loss of William.

Read on to learn about William and Jones’ life and career. Warning: This post includes spoilers on the show.

1. ‘The Pool’ Included a Scene Where William Is Stopped Because of the Color of His Skin 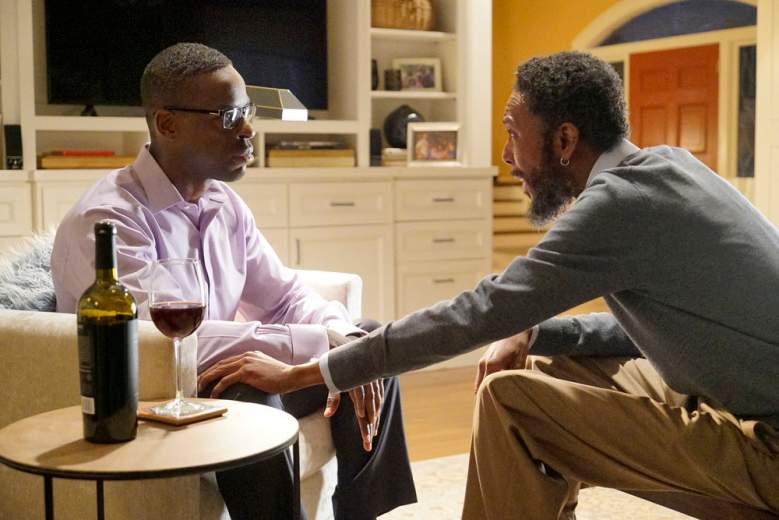 The fourth episode of This Is Us dealt heavily on race. Titled “The Pool,” we saw the Pearsons take their children to a public pool, where young Randall comes to terms with being a black child in a white family. In the present, William ran into trouble because he is stopped by a private security guard in Randall’s predominantly white neighborhood.

“It sets forth a story which you think it’s one thing — of Randall and William coming to terms with two very different backgrounds and viewpoints — and by the time you get to the end of the episode… it’s a very emotional ending between William and Randall,” creator Dan Fogelman told Entertainment Weekly of that episode.

Fogelman said that the audience sees in the episode Randall being defensive over how he is raising his children in this upscale neighborhood. We learned why he’s chosen to bring them up this way.

“It’s a moment of firsts at the end of the episode between William and Randall, and it’s very impactful. I think it’s one of our most impactful and emotional scenes that we’ve done, between this estranged father and son as they come to an accord,” Fogelman told Entertainment Weekly.

We know that William will die and his death will come soon. We saw Randall packing his belongings at the end of “The Game Plan” in a flashforward scene. In an Entertainment Weekly interview, Jones said he doesn’t even know when that scene really takes place. He explained to EW:

I don’t know if the writers know, either. That’s another way of holding on to say, “Well, when are we going to have William’s demise?” When I read it, that’s exactly what I thought. But the way it’s written, you don’t know if it’s near future or the far future. It’s through Kevin’s eyes so as far as Kevin is concerned, William could be dead tomorrow. (Laughs) 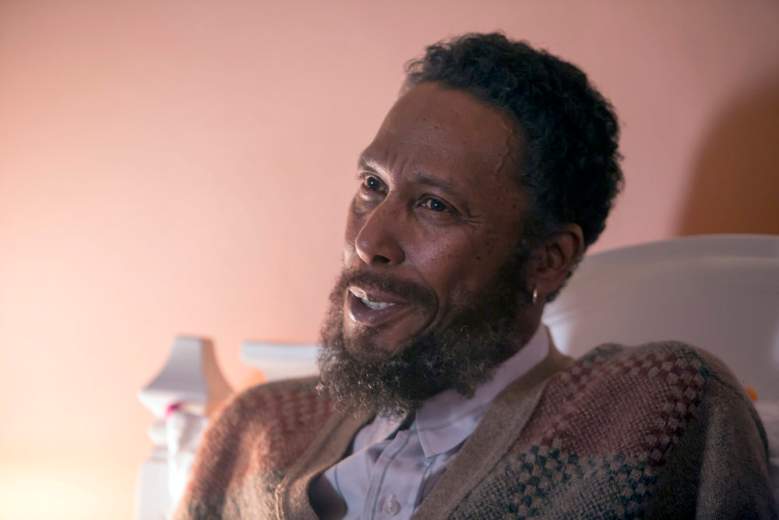 Jones has been acting for over two decades, but it wasn’t until last year that he really found a memorable role. He played Romero in USA Network’s hit series Mr. Robot in nine episodes. In an interview with Previously.TV, Jones teased a possible return to the show, even though his character was killed.

You know what? It’s interesting that you ask, because the last time I spoke with the director, he hinted at something about that. He didn’t really say, but that’s the way Sam [Esmail] is with that show. It’s very secretive. They don’t give out the episodes until a day before, so he’s been very secretive. It’s like you have to go into a special box when they send it to you and you have to put in a special code to get your script and your line, and he hinted something to the effect of — and I’m paraphrasing — gone but not done. And he had this little sneaky smile, so maybe the character will be referenced again because of the fsociety stuff; Romero’s he’s an original member of the fsociety. So we’ll see. 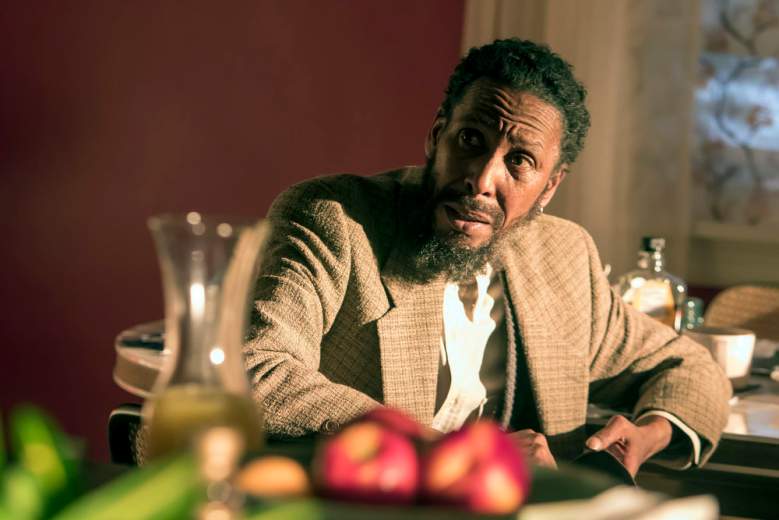 Jones is also a veteran of the New York theater scene. His biggest role to date was starring in Richard III for The Public Theater in 2012. as Playbill reported at the time, the production also toured homeless shelters, at-risk-youth centers and other community centers throughout New York City.

As TimeOut New York noted in 2012, Jones also understudied for Chris Rock in The Motherf**ker with the Hat in 2011. 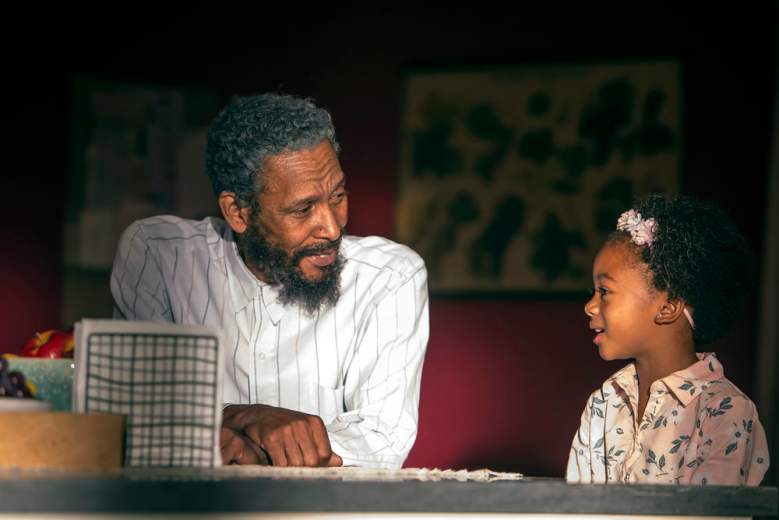 “It’s fun to play the vixen,” Jasmine said of her Hamilton role in an interview with Broadway.com. “In the first act, I’m a kid running around and looking up to my sisters. In the second act, I get to put on red lipstick and strut my stuff. Lin never makes anything uncomfortable, which gives me permission not to feel weird.”

As a New York-based actor, Jasmine has also appeared in episodes of Blue Bloods and Unforgettable. She also appeared in the 2014 off-Broadway show The Loneliness of the Long Distance Runner.

“This is my first professional musical theater job, but I don’t want to put myself in a box,” Jasmine told Broadway.com. “I took my dad’s name to carry on his legacy because acting feels like something I’m meant to do. I want to try everything.”

5. William Earned the Nickname Shakespeare & Has a Connection to Rebecca That Could Destroy Randall 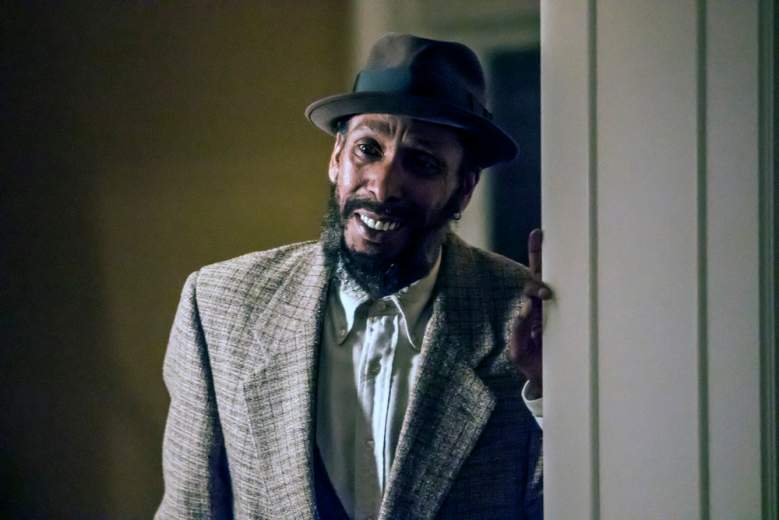 In episode three of This Is Us, we learned about the secretive relationship between William and Rebecca. Before, Randall (and the audience) assumed that William really did abandon his son at a fire station. But there is much more than that. In reality, William went back to the hospital to check in on his son, which was when Rebecca spotted him. Rebecca searched for William, who she found out was nicknamed Shakespeare because he was always writing.

Eventually, Rebecca confronted William at his apartment and told her that she wasn’t feeling a connection with Randall, who was then named “Kyle.” Rebecca let William re-name the baby, suggesting “Randall,” after poet Dudley Randall. Randall still does not know this and Rebecca fears that the truth could ruin him.

This secret was a major thread in This Is Us‘ first seasin, Fogelman told Entertainment Weekly on October 11. He teased another meeting between Rebecca and William, suggesting that the two have remained in contact for years. Fogelman also suggested the possibility that we will see more of William’s past, beyond the opening montage in episode three. He even cited Pixar’s Up as an inspiration for the sequence.

“Maybe in the future, we’ll tell a whole arc exploring young William and where his life took him. But sometimes as a storyteller, you don’t have that flexibility to focus on that for that long. But if you pick the right snapshots of your life, you can tell a really beautiful story, really simply,” Fogelman explained. “That movie Up did a beautiful job with it, obviously, which told the history of this couple just with imagery and song. So, that was a little bit of the intent.”

New episodes of This Is Us air on NBC Tuesdays at 9 p.m. ET.