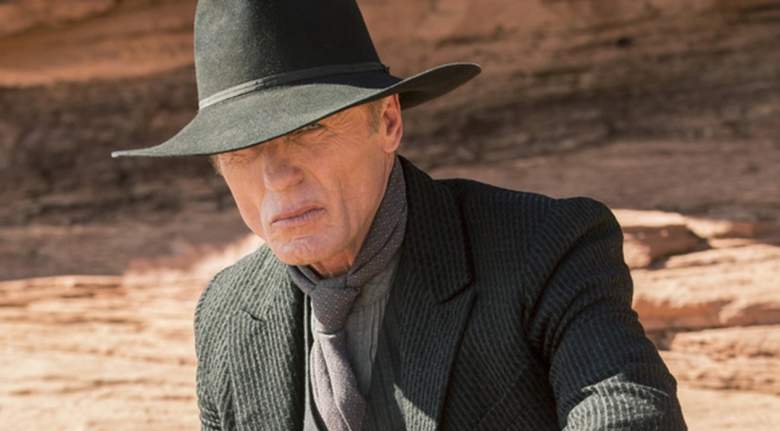 The premiere of HBO’s Westworld was phenomenal. This could be HBO’s new Game of Thrones. But one of the top questions on viewers’ mind is exactly who Ed Harris’ character. This article will contain spoilers through the premiere, along with theories about the future of the show.

Ed Harris is very similar to the “Gunslinger” character from the original Westworld movie. According to what we know so far, Harris’ “The Man in Black” has been visiting Westworld  — and Dolores — for 30 years. He has no qualms about torturing hosts in the most horrific ways. He apparently views them as complete non-entities, but he likely is acting out deeper, sociopathic tendencies. This is what we’re led to believe in the first episode.

But fans have other theories.

One of those theories revolves around the original movie on which the series is based, Westworld, which was written and directed by Michael Crichton. The movie was made in the early 1970s and this new version is just loosely based on it. (Spoilers for the original movie follow.)

In the original movie, a Gunslinger was the main attraction. He was a robot programmed to be a rival cowboy. So many fans think that Ed Harris’ character might eventually be revealed to be a robot who is trying to figure out the nature of his existence — a host who has already become self-aware. However, that theory does have a few flaws. First, Teddy couldn’t hurt him or shoot him. That prohibition seems only in place when it comes to hosts-against-humans, and Harris’ character knew that. It’s possible that if Harris really is a robot-gone-bad, then perhaps his part of the programming made certain that other hosts couldn’t hurt him. But if he were a host, wouldn’t he have gone rogue? And wouldn’t management know exactly where he is and stop him? So, he likely is human, unless he’s a robot who is so smart that he’s managed to evade detection.

There’s also a theory that he’s from a rival company and is trying to figure out how the hosts’ programming works so they can make their own, similar attraction. Or perhaps he’s part of an attempt to take over the company from Anthony Hopkins’ character.

In one part of the trailer, The Man in Black says: “What if I told you, I’m here to set you free?” That seems really strange, considering how he’s torturing the hosts. But from previews, it appears that he is looking for some hidden meta-game within-the-game. It could be as simple as Harris’ character becoming tired of the game and hoping there’s another game “hidden” in the code. He might just be plain old crazy.

Or perhaps he believes that enough pain will free the hosts and make them self-aware. Or he may think something is hidden in their programming that hints at a more sinister reason for this whole theme park, and he’s trying to get at the heart of that. A conversation among management in the middle of the episode does convey the idea that something deeper is going on and there’s another reason for all of this besides simply making a fun, profitable entertaining park. 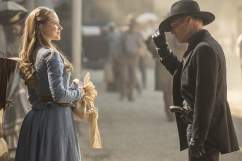 ‘Westworld’: What Do the Flies Mean?