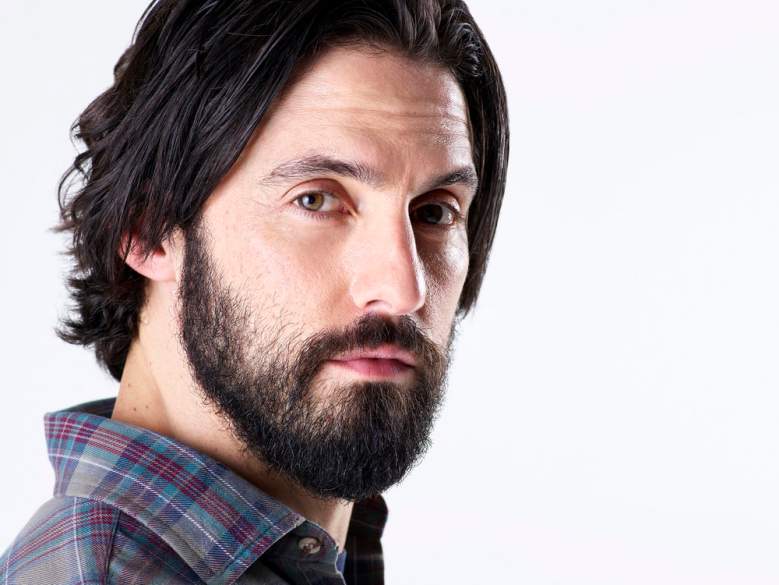 The biggest mystery on NBC‘s This Is Us was answered in “The Game Plan.” We learned why Jack (Milo Ventimiglia) is no longer married to Rebecca (Mandy Moore) in the present. The fact that the Pearson triplets’ parents are no longer married was revealed in the second episode, when we learned that Rebecca is married to Miguel (Jon Huertas).

Jack is played by Milo Ventimiglia, who has not been seen in any scenes in the present. This was because his character died, somewhere between 2006 and 2016. Kate revealed that she saw the Steelers win a Super Bowl with Jack by her side after years of being estranged. We still don’t know what happened or how exactly Jack died. Ventimiglia can also be seen in the revival of Gilmore Girls, which is now available on Netflix.

Here’s a look at the character and the actor behind the role. The following post includes spoilers for the episode and the series.

1. Jack’s Fate Will be Revealed by Kate in ‘The Game Plan’ 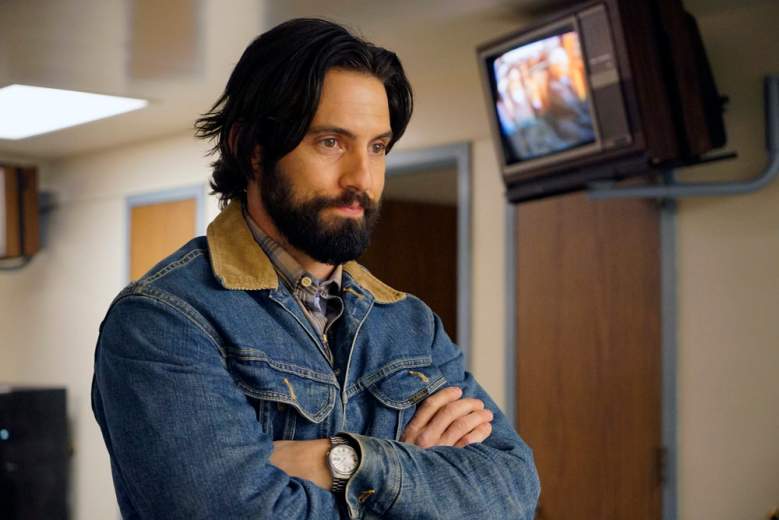 Before “The Game Plan” aired, TV Guide reported that Kate (Chrissy Metz) will reveal what Jack is up to during a conversation with Toby (Chris Sullivan). He’ll ask her why she is acting oddly and she will reveal the big secret behind her parents’ split. The news will also change their relationship.

The flashback sequences will take place before Kate and Kevin (Justin Hartley) were born, and leads up to the day they were conceived. We will also learn how important Miguel was in their lives.

There are three main fan theories for what happened to Jack and there’s evidence in each episode so far to back up each claim. Jack might have died or he could be battling Alzheimer’s disease.

Jack and Rebecca could also have divorced over a couple of issues. For example, we don’t know if Rebecca ever told Jack about meeting William (Ron Cephas Jones), Randall’s (Sterling K. Brown) biological father. Did Jack find out, leading to an argument? Did Jack’s desire for another child doom their marriage?

SPOILER: Don’t read the following few paragraphs if you haven’t seen “The Game Plan” yet.

Unfortunately, we learned that Jack died. As The Hollywood Reporter notes, this news was initially revealed in the pilot, but it was cut before it aired. Creator Dan Fogelman decided to keep the audience in suspense. Fogelman said that there are still mysteries surrounding Jack’s death.

At the end of episode five, you know he’s no longer alive, but when did he die and how? Did he die as an older man? Did he die in a formative way when these kids were younger? And what happened in the marriage? Did their marriage survive as beautifully and heroically as we had hoped? Or did it fracture and then he died? By the end of this season you will have a lot of those details. You won’t know how things have happened, but you’ll know what happens and when.

In another post-show interview with Entertainment Tonight, Ventimiglia said that the answer to Jack’s fate only opened another can of worms.

2. Ventimiglia Said What Attracted Him to ‘This Is Us’ Was the Show’s Universal Family Themes 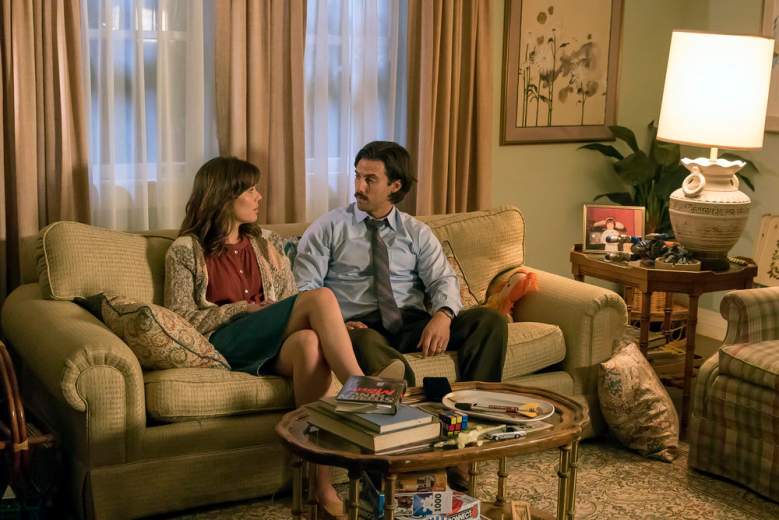 The 39-year-old Ventimiglia told E! News before This Is Us debuted that what attracted him to the series, which was created by Dan Fogelman, was that it’s a show filled with universal themes. It’s about a family and struggles that everyone knows.

“That’s what I liked about the script and about the show and about the casting and everything—it’s inclusive,” Ventimiglia said. “A lot of shows try to be exclusive. They want that smaller narrow audience. They want to say you’ve got to understand comic books or superhero lore or an alien race is going to come down and kill us.”

Ventimiglia went on to say that the show is for everyone, which might explain why it’s been a ratings hit and earned a full, 18-episode season. “There is no separation between gender or race or age or weight, sexual preferences, anything, nothing. It’s human beings,” the actor said.

In the same E! News interview, Ventimiglia said that the show came around at a perfect time in his own life and can understand the motivation of his character. “It’s an exciting thing, an exciting time right now to play a character like Jack, he said.

3. He Is Back to Play Jess Mariano on ‘Gilmore Girls’ for the Netflix Revival 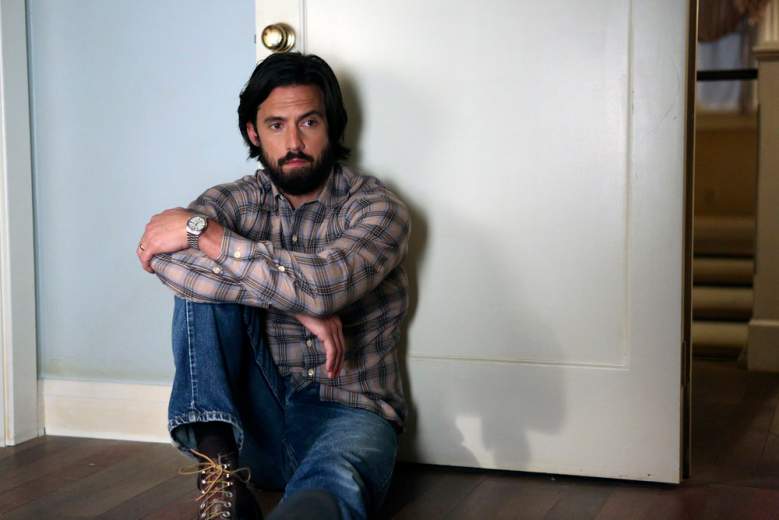 Ventimiglia’s breakout role came on Gilmore Girls, where he played Jess Mariano, the love interest for Rory Gilmore (Alexis Bledel) between 2001 and 2006. Although he only appeared in 37 episodes of the show, he remained in contact with creator Amy Sherman-Palladino and her husband, co-producer Daniel Palladino. He was asked to appear on the Netflix mini-series Gilmore Girls: A Year in the Life, which hit Netflix this weekend.

In an interview with Collider, Ventimiglia said that he had to go back to watch the last few episodes he appeared in to remind himself of where the character was when he left the show.

It was all very much on the page. I didn’t have to dream too far about who he was. I definitely went back and looked at the last three episodes that Jess was in, just to see where his head was at when he last left and to understand the dynamic between Rory and Luke and just his own journey in life. I was surprised about where he was, and then where he is when we pick back up with him.

The four-part A Year in the Life will debut on Netflix on November 25.

4. Ventimiglia Starred as Rocky Balboa’s Son in ‘Rocky Balboa’ & Said He Was Always a Fan of the Films 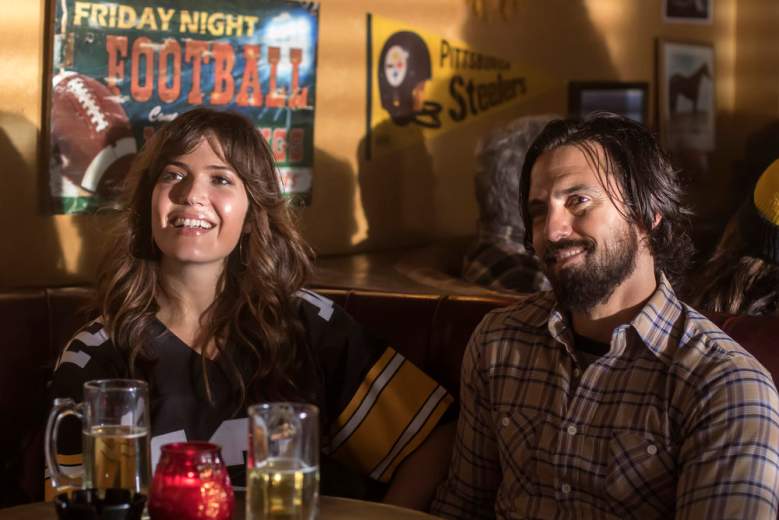 Ventimiglia began his career in 1995, with an appearance on The Fresh Prince of Bel-Air in a small role. Since then, he’s piled on over 60 credits in film and television. One of the biggest roles of his career on the movie side was playing Rocky Balboa Jr. in 2006’s Rocky Balboa.

In an interview with MovieWeb, Ventimiglia said that he grew up watching the Rocky films and even enjoyed Rocky V.

“It really just got into the underdog story and how if you have your mind in the right direction, and your heart is full of the right kind of stuff, you’ll succeed and you’ll triumph over adversity, over really anything,” he said of the franchise.

Ventimiglia told MTV News that Sylvester Stallone probably knew he could by Rocky Jr. before anyone else did.

“For 11 years, I’ve been in this business, and I’ve worked and worked and worked, gone from job to job, and always remained under the radar,” Ventimiglia said in 2006. “Being picked by Sylvester to be in this film, to play his son — that’s a really nice feeling.”

While Rocky Balboa was hitting theaters, Ventimiglia was on NBC in Heroes, playing Peter Petrelli.

5. Ventimiglia Has Dead Nerves in His Lower Lip, Which Gives Him a ‘Crooked Mouth’ 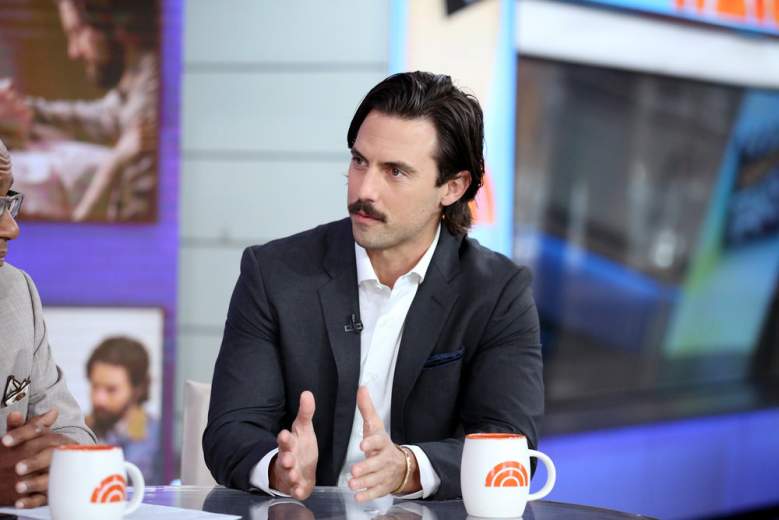 Ventimiglia has a birth defect. He has dead nerves in his lower lip, which gives him a “crooked” mouth. It’s a defect that he’s learned to embrace.

“I also get comments on my crooked mouth and my smile. The nerves are dead in my lower lip. I call it a birth defect. My mother would call it me. I guess it’s my signature,” the actor told People Magazine in 2007.

His Heroes co-star Hayden Panettiere told USA Today that it’s “cute,” adding, “It’s a flaw, and I hate perfection more than anything in the world.”

Sylvester Stallone noticed it too, when he was casting Rocky Balboa, so he looks like Stallone. “I thought if Rocky and Adrian had a child, (Milo) would be a perfect offspring. He sort of resembles her and (looks like) he’d be intimidated by Rocky,” Stallone told USA Today in 2006.

Vintimiglia is single and leads a very healthy lifestyle. He told Men’s Fitness that he started focusing on his health after he quit smoking. He’s a life-long vegetarian.