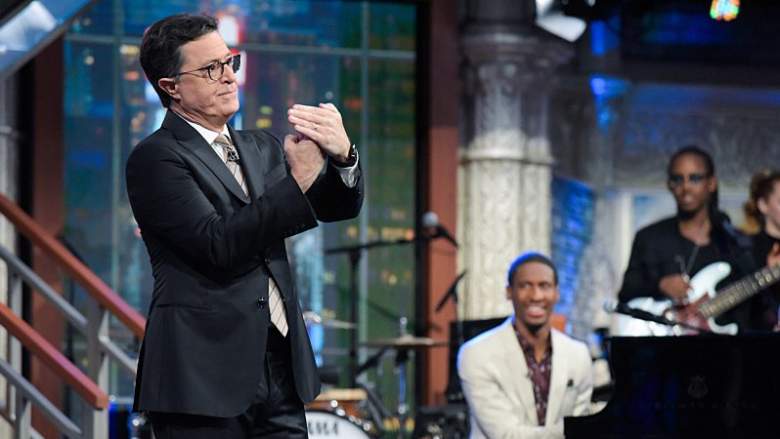 Since CBS will be spending all night on election coverage, Stephen Colbert has been kicked over to Showtime for his Election Night special tonight. The move will allow Colbert and the Late Night team to go uncensored and Colbert won’t have to cover his middle finger like he did during the November 7 show.

Stephen Colbert’s Live Election Night Democracy’s Series Finale: Who’s Going to Clean Up This Sh*t? (yes, that is the entire official title of the special) will start at 11 p.m. ET on Showtime.

Colbert’s former Daily Show colleague Larry Wilmore will also stop by. Showwime is also teasing “more,” so perhaps Jon Stewart will visit again. Wilmore, Colbert and the other comedians on the show will get to swear and curse as much as they want since the special iars on premium cable.

Showtime also plans on streaming Colbert’s uncensored monologue on the Showtime Facebook page, so those without a Showtime subscription can still see some of the special.

TV CHANNEL: Showtime (To find out what channel Showtime is for you, click here to go to TV Guide’s TV Listings and chance the “Provider” above the chart.)

EPISODE DESCRIPTION: Stephen Colbert hosts a live election night special of anything-goes political satire and social commentary. Featuring real-time reactions as the results come in, plus an eclectic group of guests to break it all down.