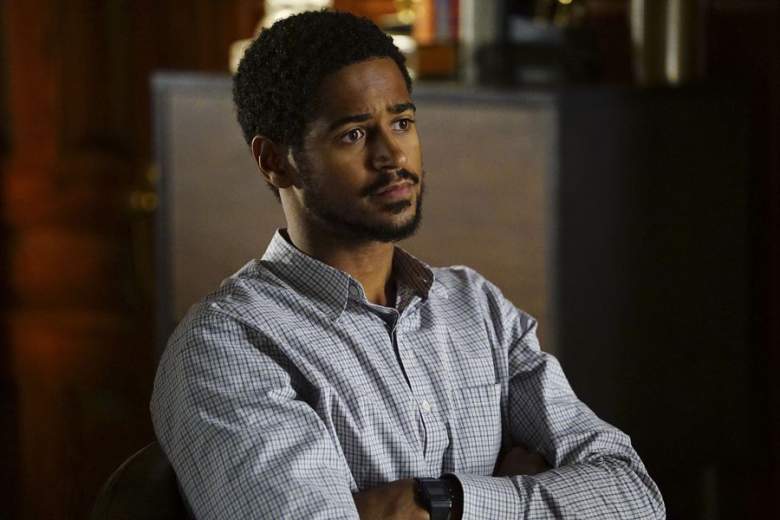 On the Season 3 finale of How to Get Away With Murder, Wes (Alfred Enoch) was revealed as the one who’s dead #UnderTheSheet. That’s right– through a series of time jumps and fake-outs, the show surprised fans everywhere by killing off one of the most beloved main characters.

How exactly did that happen? Wasn’t Wes alive on the night of the fire? Didn’t we see that in a flash forward?  Yes— two weeks ago, we did learn that Wes was alive on the night of Annalise’s house fire. But, we never saw Enoch’s character with with Bonnie, Oliver, or the other five students (not including Connor) after the fire, meaning he was a totally viable option this whole time.

Tonight’s finale was full of twists and turns, and was just as shocking (if not more) than promised. In the beginning, Annalise more or less had a breakdown after realizing that ADA Atwood hired Nate to tail her (later on in the episode, Nate understandably breaks up with Atwood). Annalise calls her students and tells everyone to go to her house that night. At first, we actually think that Laurel is the who dies– right after she walks into Annalise’s home, the place explodes. Soon after, however, we see Laurel jolt awake in her hospital bed, and realize she’s going to make it.

Wes gets the voicemail from Annalise as he’s speaking to the cops– not about the Mahoney case. When the police step out to rewrite his deal, he listens to Annalise’s voicemail and sneaks out of the station. Where did Wes go? We still don’t know the answer to that– we just know that wherever he went, he eventually ended up dead in a fire. But when Nate makes his way to the morgue to confirm Wes’s identity, we learn another explosive piece of information: Wes wasn’t killed by the fire. He was dead before the house went up in flames.

How to Get Away with Murder 3×09 Promo "Who’s Dead?" (HD) Season 3 Episode 9 Promo – Winter FinaleHow to Get Away with Murder 3×09 "Who’s Dead?" Season 3 Episode 9 Promo (Winter Finale) – Annalise receives a tip about A.D.A. Atwood that leads to a heated confrontation with Nate. Meanwhile, the deadly events leading up to Annalise’s house fire reveal who’s under the sheet, on the winter finale of “How to Get…2016-11-11T04:03:24.000Z