Zara Larsson is one of the hottest breakout pop stars of 2016, and the 18-year-old’s hit songs have soared to the top of the charts. But just who is the Swedish singer dating? Does she have a boyfriend? Is she single? 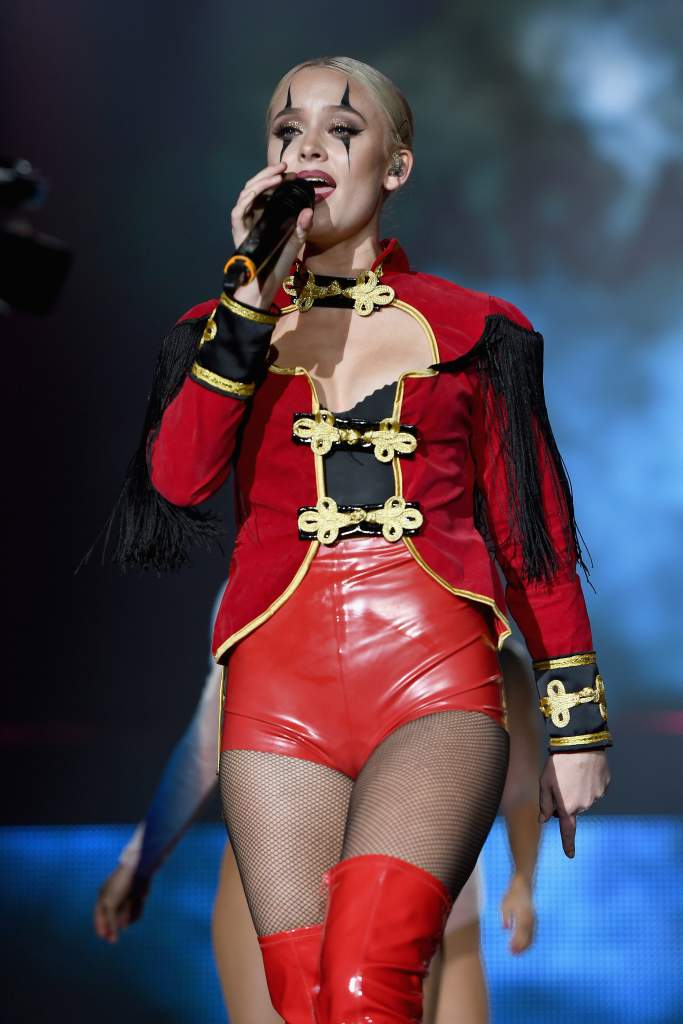 Based on what she’s said in interviews and what we’ve seen in pictures, Zara hasn’t been in a serious relationship– which isn’t all too surprising, as she’s only 18. In an April interview with Noisy, the singer is asked if she’d been on at least one date by that time, and she responded, “I went on my first date a couple weeks ago, actually. Right here in London.” The magazine pushed for details, and Zara responded, “I just saw him on Instagram and thought he was really cute and I was like ‘Heyyy!’ sliding into his DMs…” She said she’s usually afraid of meeting new people, but she was the pursuer in this case. Noisy asked if she thought she’d see him again, and Zara responded, “I think it went really well. He was super sweet. I will probably see him again, although it sucks that he lives here.”

Noisy then asked, “Do you ever get concerned about the potential pressures of dating now you’re on the way up?” Larsson responded, “I don’t really think about it, because people don’t care about my dating life right now. But probably in the future, if I get really big, people will be interested in everything I do. And it’s strange, like why do people care so much about someone’s private life? I guess that’s just what it is to be a celebrity in 2016.”

In February, Larsson was caught having a late-night dinner date with Justin Bieber. You can see the paparazzi video above. In June, however, Larsson was featured on the game ‘To Bae or Not To Bae’, a game in which radio DJ Roman Kemp interviews celebrities and asks if they’d be interested in other celebrities or not. (See the full video below) When Kemp asks Larsson “To bae or not to bae: Justin Bieber”, she responds, “Not to bae”, and then explains, “He’s just not my type.” Nick Jonas? She again says, “He’s sweet. He’s good looking, but he just doesn’t have that sex appeal. To me, he’s just very cute.” The one Larsson was most into? Zayne Malik. “He’s just cool, you know, he’s very handsome. I like his songs, and I dunno– he’s just… he’s just very cute. He’s got good eyelashes.”