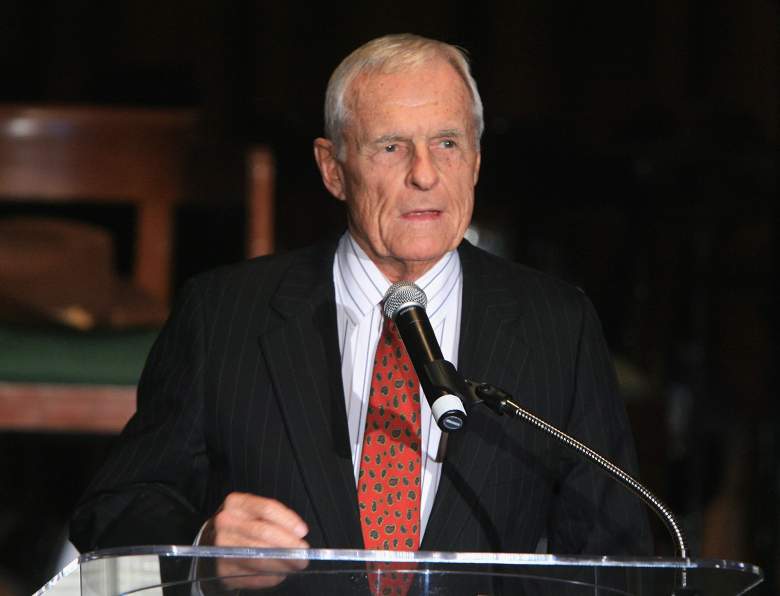 Grant Tinker at the 2006 Academy of Television Arts and Sciences Hall of Fame induction ceremony. (Getty)

Grant Tinker was Mary Tyler Moore’s second husband. Tinker was an award-winning television producer and was married to Moore from 1962 to 1981. Like Moore, Tinker was also married three times in his life. He was also the CEO of NBC from 1981 to 1986.

Tinker died on November 28, 2016. He was 90 years old. Moore and Tinker did not have any children together, although Tinker had four children from his first marriage.

Here’s a look at Tinker’s life and career. 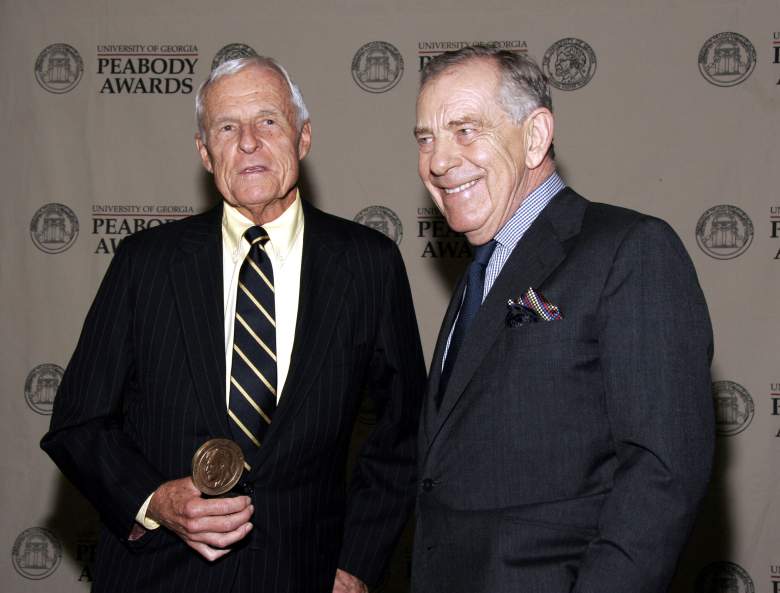 Tinker started his career at NBC, and married Moore in 1961. Eight years later, they began MTM Enterprises. Although the company has been defunct since 1998, the company brought to life The Mary Tyler Moore Show in 1970. MTM’s other productions include the classic Mary Tyler Moore Show spin-off Lou Grant, along with Rhoda, The Bob Newhart Show, Hill Street Blues and St. Elsewhere.

Tinker left the company in 1981, after his divorce from Moore. He then moved to become the chief executive of NBC, which was then the last-place network.

In an interview with the New York Times in 1989, Tinker said he regretted leaving the company. “We were a growing company,” Tinker said. “After I left, it flattened out, so what they sold was in effect the company I left behind.” 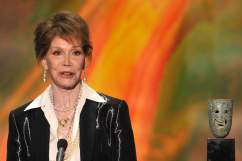 2. He Oversaw NBC When ‘The Cosby Show,’ ‘The Golden Girls’ & ‘Cheers’ Were TV Staples 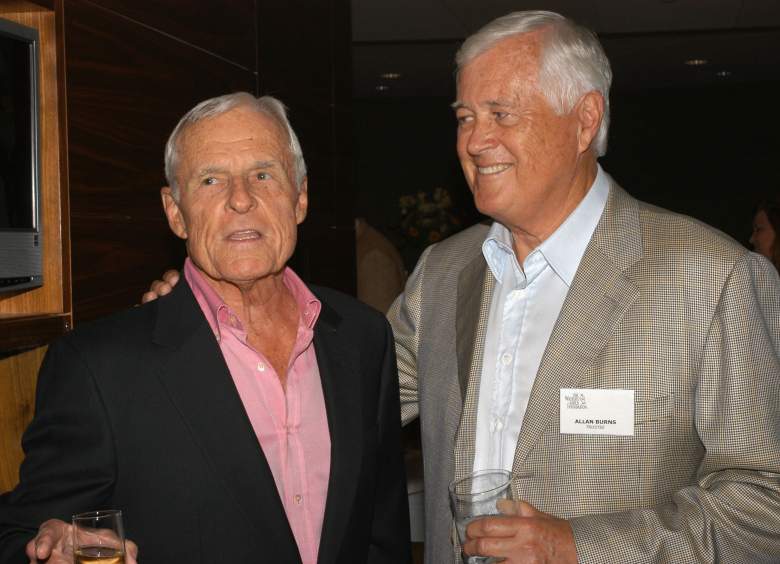 Tinker (left) with producer Allan Burns at a Writers Guild event in 2005. (Getty)

When Tinker became CEO of NBC in 1981, the peacock network was in terrible shape and last in the ratings. Tinker found a way to get NBC out of the cellar, and helped see Cheers and Family Ties turn into big hits, notes Variety.

The Golden Girls and The Cosby Show also debuted during Tinker’s reign. By 1985, Tinker made NBC the top network again.

After his time at NBC, Tinker went independent and joined Gannett for an ill-fated venture called GTG Entertainment in December 1986.

3. Moore Called Tinker Her ‘Professional Mentor’ When He Passed Away

Tinked died in November 2016 at age 90. At the time, Moore released a statement to Variety, offering her condolences to his family.

I am deeply saddened to learn that my former husband and professional mentor Grant Tinker has passed away. I’m forever grateful for and proud of what we achieved together with the creation of ‘The Mary Tyler Moore Show’ and founding of MTM Enterprises (an independent production studio that created what remain some of the best TV shows ever made). Grant was a brilliant, driven executive who uniquely understood that the secret to great TV content was freedom for its creators and performing artists. This was manifest in his ‘first be best and then be first’ approach. He lived life to the fullest in his nearly 91 years and he left an indelible mark on the television industry and its audiences. My thoughts are with his four children, John, Mark, Michael and Jodie.

4. Tinker Unofficially Retired in 1992 After His Independent Projects Failed

As Variety notes, Tinker failed to find the same amount of success he had at NBC and with Moore after he left NBC. He tried to go independent, beginning with GTG Entertainment, a venture with USA Today owner Gannett.

Although the partnership produced Baywatch, other projects – including a show with Dick Van Dyke called The Van Dyke Show – all failed. A USA Today newsmagazine program also didn’t work. The partnership only lasted from 1986 to 1990.

In a brief interview with the Los Angeles Times in 1992, Tinker said that he was unofficially retiring. “I’m no longer pursuing independent production of television programs,” he said.

He said he’d only return to TV if he had “an idea or two,” but he wanted to focus on writing a book about his time at NBC.

According to a 2010 profile of Knapp in the Los Angeles Times, Knapp famously worked on the 2002 sale of Sony and Cher’s former home for $35 million. At the time of her interview in 2010, she had been working at Sotheby’s International Realty in Beverly Hills for 14 years.

“The best advice I’ve ever received: Better to be the master of your silence than the prisoner of your words,” Knapp told the Times. “That’s a nice literary way to say ‘Never miss a good opportunity to shut up.’ It applies to real estate and business.”