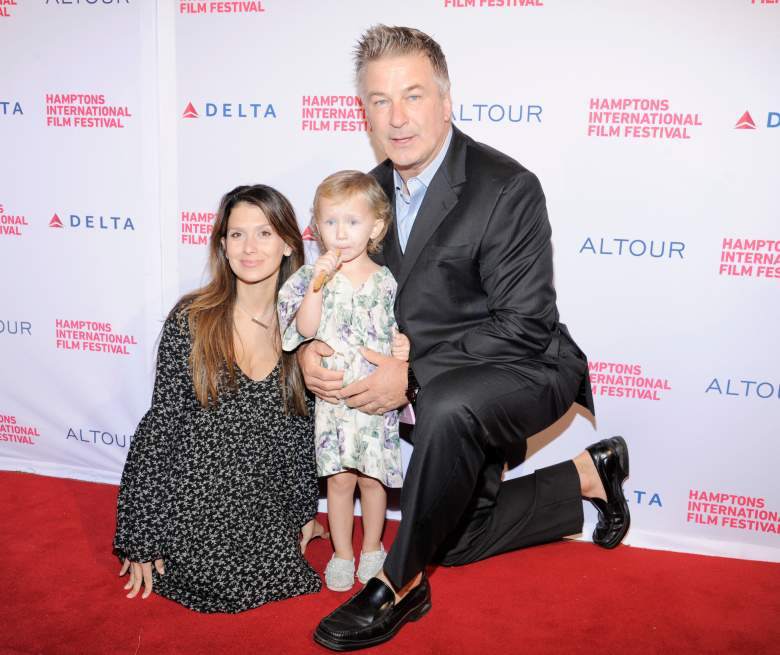 Baldwin and Alec Baldwin celebrated their fifth wedding anniversary in June by renewing their vows. She told Extra that it was all Alec’s idea.

Baldwin was born Hilaria Thomas in Spain, and has been married to Alec Baldwin since June 2012, after nearly a year of dating. This is Alec Baldwin’s second marriage after he was married to Kim Basinger from 1990 to 2002. Basinger and Alec Baldwin are parents to Ireland Baldwin, who was born in 1995.

The 32-year-old Hilaria Baldwin and the 58-year-old Alec Baldwin have three children together – daughter Carmen and sons Rafael and Leonardo Angel Charles.

Here’s a look at the life and career of Hilaria Baldwin.

1. Hilaria Was Just 13 Years Old When She Started in International Latin Ballroom Dancing 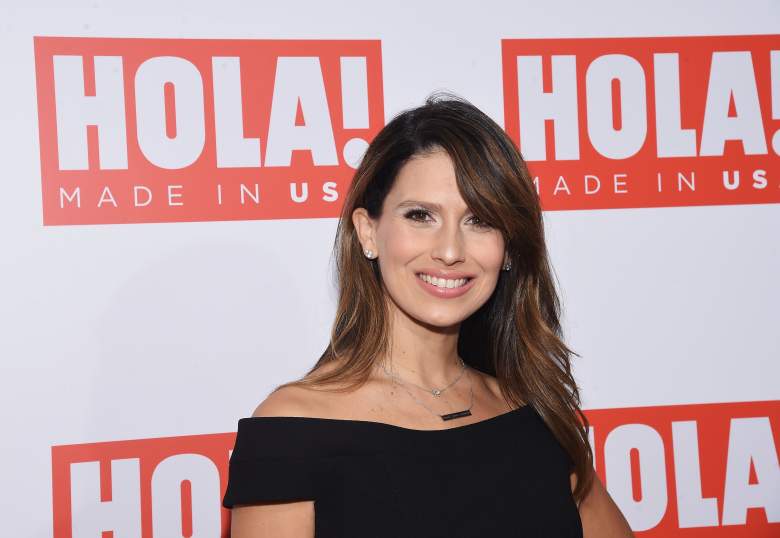 Hilaria Baldwin grew up in the U.S. and in Spain, studying ballet, flamenco dancing and gymnastics at a young age, according to her bio at Yoga Vida, where she teaches yoga in New York. When she was 13 years old, she got started in international Latin ballroom dancing and competed in dance around the world.

Baldwin majored in art history and dance at New York University and started teaching yoga in 2005. Despite being married to a major star, Baldwin still teaches at Yoga Vida.

Baldwin hasn’t left her Spanish roots behind. In a 2016 Instagram post, Baldwin wrote that she speaks Spanish to her children, which has caused some people to ask if she is their nanny. She wrote:

With two blonde hair, blue eyed children, people at the park always ask me if I am a nanny. They hear me speaking to my children in Spanish and I have been offered so many jobs because everyone wants to teach their children a foreign language these days. I always laugh it off and tell them that if I were not so busy with my 2 almost 3 babies, I’d love to come work for them! So here is proof that this is my little baby….climbing on tables and doing crazy yoga in all sorts of outfits…yup, this one is all mine. Always laugh with the world.

According to E! News, Baldwin also revealed in Hola! that Carmen’s first language is Spanish.

“I only speak Spanish with her…and with Alec she is smart enough to know that she needs to switch to English,” Baldwin told Hola!. “Alec’s Spanish is getting better and better. His accent is very good.”

2. She Wrote in Her New Book That Dancing Professionally Led to Her Struggling With Anorexia & Bulimia

In excerpts from The Living Clearly Method published by People, Baldwin revealed that her time in the professional dancing world pushed her into a struggle with anorexia and bulimia.

“Without realizing it, I started drifting away from the playful connection to movement I’d enjoyed as a young child and into a different and darker kind of dynamic: pushing my body to its limits and commanding it to perform through pain or fatigue,” Baldwin wrote in the book.

When she was 20 years old, Baldwin “was at least 20 lbs. under a healthy weight,” she wrote. “My nails were brittle, my hair was falling out, my period was MIA, and my energy had tanked. I was miserable and desperate to feel better.”

She wrote that she had a “rude awakening” in 2009 when her leg bone was severed from her hip after a bad fall. She soon discovered yoga, which helped her recover.

“My year of recovery turned out to be a year of waking up, in which I healed my two-decade-long eating struggle and began to treat myself right,” Baldwin wrote. “I started to find pleasure in engaging fully with the whole process of eating, instead of checking out or avoiding it.” 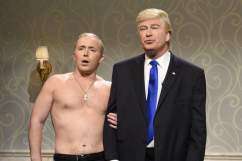 3. Baldwin Says Daughter Carmen is ‘Way Girlier Than I Am’ 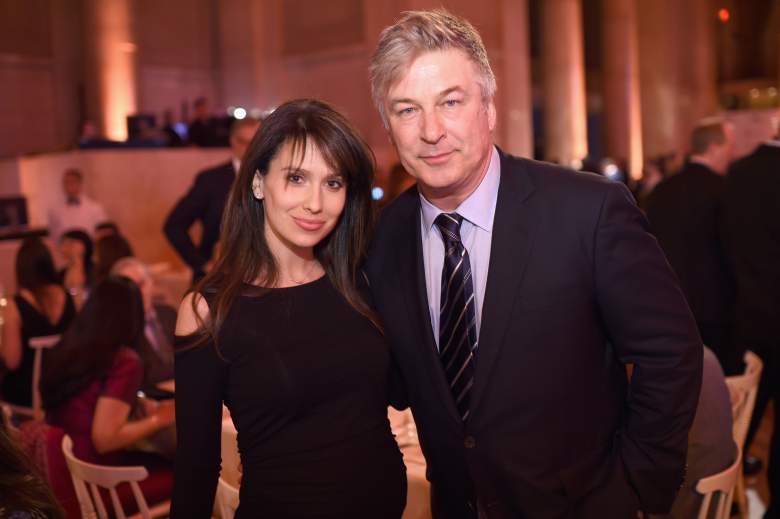 Baldwin and Alec Baldwin welcomed Carmen Gabriela on August 23, 2013. In an InStlye interview, Baldwin said that Carmen has become her own person, calling her a “girly-girl.” But Baldwin is OK with that.

“She is way girlier than I am. She is into princesses and crowns, lipstick and this and that—she really is her own soul. I want her to embrace that,” Baldwin told InStyle. “Sometimes I look over and she’ll be singing a song where they say, ‘Then someday my prince will come’ and I’m like, ‘This is not good for her! She’s going to think that now her prince has to come and kiss her in order for everything to be okay!’ I freak out about that, but I’ve gotten to the point where I want her to embrace her interests and who she wants to be because that’s her individuality.”

Baldwin and Alec Baldwin are also parents to Rafael, who was born in June 2015, and Leonardo, who was born in September 2016. When asked what she wants to do for the first time in 12 months, Baldwin told InStyle in May, “Not be pregnant!”

In that same interview, Baldwin said that her fashion style hasn’t changed much since becoming a mother. “I wore yoga clothes before, I wear yoga clothes now,” she explained to the magazine. “Though as we speak, I’m actually wearing jeans. Can you believe that? I’m wearing jeans. I figure I better get my jeans in until I can’t wear them anymore.”

4. She Likes to Use Her Instagram Page & Yoga Class to Show That She’s Not Leading a Perfect Life

Here’s how the Baldwins wished everyone a Merry Christmas. (Instagram/Hilaria Baldwin)

As the wife of a celebrity, you might think that Baldwin tries to show the public that she’s perfect. But that’s not the cast at all. Her popular Instagram page is filled with photos of herself raising her children, housecleaning and family outings. Between her Instagram page and her yoga classes, she tries to show that she doesn’t lead a fake lifestyle.

“One of the things I do with my Instagram and I do in my class is show that I don’t need to live behind this fake lifestyle or this feeling that everything is perfect,” she told Vanity Fair. “Let me tell you: I’ve barely slept this entire week. My life is far from being perfect. I’ve had vomit on me. I’ve had poop on me. I’ve had everything. For me not to touch on that would not be showing them the complete picture.”

Still, Baldwin knows there are some things her family gets to do that the average one doesn’t. Carmen got to help Saturday Night Live‘s Kate McKinnon and Baldwin light the tree at Rockefeller Center in New York. Not every kid gets to do that.

Baldwin also told Vanity Fair that her husband doesn’t do his famous Trump impression at home. “He’s such a pro with what he does that he’s pretty good at coming in and out of the character,” she told the magazine. 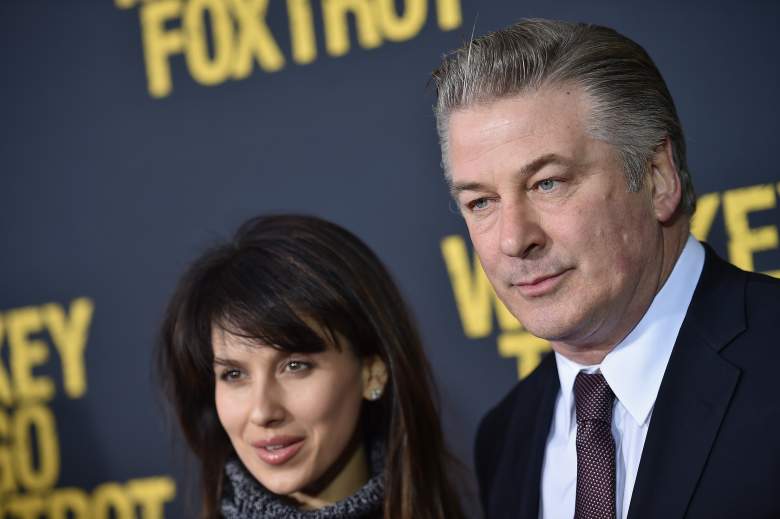 The idea at the center of The Living Clearly Method is finding the perfect balance of mind and body to lead a healthy life.

She told the site that site believes the common sign of a “mind-body standoff” are the repetitive behaviors we have, like grabbing a quick meal instead of a healthy one.

“We can retrain the mind to listen to the body and encourage the body to speak more loudly so that the two sides come back into conversation,” Baldwin told Well and Good. She explained that Yoga can help, but you can’t just expect one class to be all you need.

According to People, Baldwin writes in the book that her husband’s health was in trouble and she’s helped him cut out unhealthy food to lead a better life. She wrote that his blood sugar was at “pre-diabetic levels,” which was a wake-up call for him. ““By hitting a crisis point, he gained a new perspective on some of the unhelpful habits that became his normal without realizing it,” she wrote.

In addition to press interviews for The Living Clearly Method, Baldwin has also teamed with eBay for Charity to help raise money for Bent On Learning, a non-profit organization that promotes yoga among New York City public school students. You can click here to bid a package that includes a signed copy of Baldwin’s book, a Manduka PROlite yoga mat, a Keap tealight candle discovery set, Cole Haan STUDIØGRAND socks, a Life is Good Peace Water Bottle and an ALEX AND ANI bracelet. There are 10 packages up for auction, with the starting bids at $80. You can also get tickets for a special yoga class on January 11, taught by Baldwin in New York City, in the packages that start at $100. 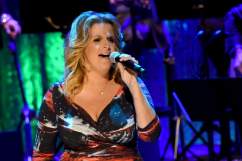