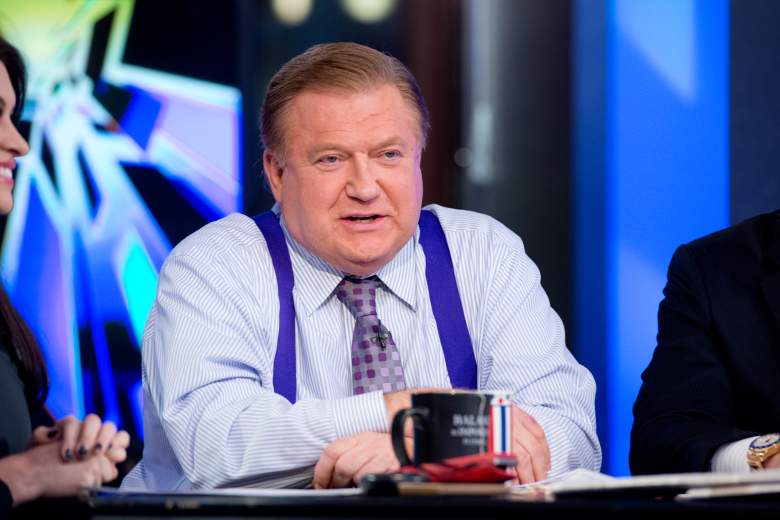 The Five co-anchor Bob Beckel was married to Leland Keyser from 1992 to 2002. (Photo by Noam Galai/Getty Images)

Bob Beckel, who has returned to Fox News‘ popular 5 p.m. ET roundtable show The Five, was married to Leland Ingham, who now goes by the name Leland Keyser. The two were married for a decade, between 1992 and 2002.

The 49-year-old Keyser, who was a professional golfer, and Beckel are parents to two teen children, son Alex and daughter MacKenzie. Keyser is now married to John Keyser and was a golf coach at Georgetown University. Beckel has not re-married.

Here’s a look at Keyser and her relationship with Beckel.

In his 2015 memoir I Should Be Dead: My Life Surviving Politics, TV, and Addiction, Beckel described meeting Keyser while playing golf at Columbia Country Club Golf Course in Maryland with two friends. He had no idea that she was already a pro golfer when she asked if she could play with them.

When Beckel saw that she was using a men’s tee, Beckel wrote that he asked her if she ought to use a ladies’ tee. “She looked at me like, ‘You dumb sonofabitch,’ and then, ba-boom, she blew past me by sixty yards on the first drive,” Beckel wrote.

After three years of dating and partying, they married on November 14, 1992, the day before his 44th birthday. He was 18 years older than Keyser at the time. He wrote that the age gap didn’t bother either of them, but it bothered her father and Beckel had to pay for the “enormous wedding.”

Beckel wrote that they “partied and partied” before their wedding. They had the money to do so, since her grandfather died and lefter her “a lot of money.” At the time, Beckel was still drinking heavily. He is a recovering alcoholic and has also admitted to using cocaine.

2. Keyser First Wanted to Play Tennis, but a Broken Wrist Forced Her to Switch to Golf

My daughter and I at parents weekend! #GOBUFFS

Keyser was always going to spend her life in athletics and had a wide range of sports to chose from. According to a 2001 Maryland Gazette profile of Keyser, she was going to be a tennis player, but broke her wrist at age 14. While that ended her pro tennis dreams, she did play basketball, field hockey and lacrosse while in high school. A year after the injury, her grandmother introduced her to golf, which changed her life. She began to focus on the sport.

“I fell in love with it,” Keyser told the Gazette. “I basically never played tennis again. It was such a challenge. It was so frustrating, and it was just fascinating to me.”

In 1983, she competed in the Mid-Atlantic Golf Association junior girls tournament and continued playing in college. she graduated from the University of Virginia in 1988 and turned pro in spring 1990. She competed on the Futures Tour, a step below the LPGA.

3. She Was the First-Ever Coach for the Georgetown Women’s Golf Team & Was the 2003 Big East Coach of the Year

Keyser was the first-ever coach for the Georgetown’s Women’s Golf Program. During her fourth season, she went on medical leave. In October 2005, she decided to resign because of ongoing medical issues.

“While we appreciate the job that Leland has done in building the Women’s Golf program to its current level of excellence, everyone understands that health issues must take precedence,” Athletic Director Bernard Muir said in a statement at the time. “Leland’s stewardship of the [Women’s Golf] program has seen it grow from a concept on paper to a competitive and accomplished program of which Georgetown can be proud. We all wish her the best for a speedy recovery.”

“It is with a heavy heart that I leave Georgetown,” Keyser added in her own statement. “My health issues give me no choice. I want to thank Georgetown for the opportunity to create a new program, Georgetown’s Women’s Golf Program. Working with such talented, spirited intelligent and determined young women has been one of the greatest experiences of my life. Georgetown and the members of the truly dynamic Women’s Golf Program will remain in my heart forever.”

4. Keyser Is Currently Married to John Keyser, Who Initiated the Women’s Golf Program at Georgetown

After her divorce from Beckel, Keyser married John Keyser, a Georgetown graduate who initiated the women’s golf program at the university in 2001.

According to his LinkedIn page, Keyser is from the Chicago area. He is the principal of Common Sense Leadership, a leadership coaching firm. “I work with executives and business owners helping them develop higher energy, collaborative and more loyal teams,” John Keyser notes on his LinkedIn page.

When Keyser announced her departure, students remembered her as a great coach who helped them in more ways than just learning gold. “As a leader she definitely wanted us to focus on many different aspects of our life, not only golf,” Nicole Hayashi, who was a senior at the time Keyser left, told The Hoya in 2005. “I think that was very helpful for the past four years.”

In an interview with Blue Ocean Global Wealth in 2015, John Keyser revealed that he’s been acting as a caregiver for his wife:

My wife had become a bit disabled and I retired to become a caregiver and soccer mom for the kids. I learned about a leadership coaching program at Georgetown University, thought I certainly have some time and who wouldn’t want to study leadership. I applied, was accepted, and immediately fell in love with what I was learning. Eight months later, when I graduated, I set up Common Sense Leadership.

In 2012, Keyser posted an X-ray of her neck, showing pins in her spine.

According to a Georgetown Women’s Golf newsletter, Keyser and John Keyser married in December 2004.

5. Alex & MacKenzie Beckel Followed Their Mother Into Golf, Too

Me and my son Alex. #family

According to her Georgetown bio, Keyser and Beckel’s children, Alex and MacKenzie, also have an interest in golf. Alex did go on to play in the PGA Middle Atlantic Section Junior Tour in 2012 at age 15. Alex is now 23. Their daughter, MacKenzie, is 21.