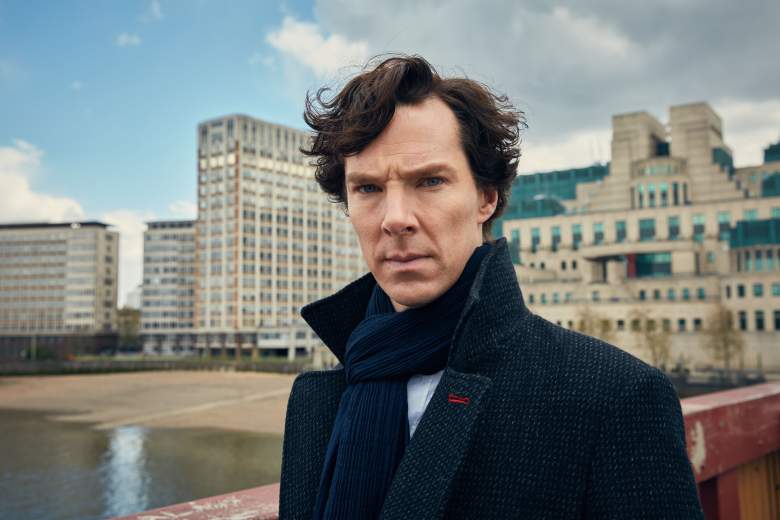 Sir Arthur Conan Doyle famously tried to kill off Sherlock Holmes, only to have to bring him back from the dead. Nothing – even death – can stop Sherlock Holmes, but Mark Gatiss and Steven Moffat’s modern take on the character might have found its match: Benedict Cumberbatch’s schedule. Does the international superstar have time to make a fifth season of Sherlock, or is “The Final Problem” really his final case? The show certainly ended with a hint of a future for the famous sleuth, as 221B Baker Street was back to its old self, with Sherlock and Dr. John Watson taking cases like they did in the old days (just with the addition of Watson’s daughter).

There is no simple answer about the show’s future. Because of Martin Freeman and Cumbebatch’s schedules, just making season four was a nightmare. The four main figures involved in the show – Cumberbatch, Freeman and creators Steven Moffat and Mark Gatiss – have made it sound like season four could be the last. Even if it isn’t, season five might not be made for another two years.

Back in January 2014, after the third season aired, co-creator Steven Moffat told an audience at a BAFTA screening that they were plotting a fourth and fifth season. After those comments, Cumberbatch and Martin Freeman didn’t make another appearance as Holmes and Dr. John Watson until “The Abominable Bride,” which aired in January 2016. A year after that, season four finally debuted.

While doing press for Doctor Strange last fall, Cumberbatch said some confusing things about the show’s future. In an interview with GQ U.K., Cumberbatch called season four the “end of an era.” He said:

“It might be the end of an era. It feels like the end of an era, to be honest. It goes to a place where it will be pretty hard to follow on immediately. We never say never on the show. I’d love to revisit it, I’d love to keep revisiting it, I stand by that, but in the immediate future we all have things that we want to crack on with and we’ve made something very complete as it is, so I think we’ll just wait and see. The idea of never playing him again is really galling.”

In a TVLine interview, Gatiss said that they “honestly don’t know” about season four being the last. He noted that they had trouble getting Freeman and Cumberbatch’s schedules lined up and the issue is only going to get more difficult. Gatiss said:

“These three [episodes], we’ve very, very pleased with them. And everybody’s very keen to carry on. It’s just genuinely difficult to schedule everyone’s diaries. It was a nightmare to schedule this season… and that’s not going to go away. I mean, the success of Doctor Strange is not going to make Benedict short of work.”

Ah, but then it appeared that Moffat let it slip in an Entertainment Weekly interview that they are targeting a 2019 date for season five. When asked about the decision to kill Mary Watson in episode one of season four instead of episode three, Moffat said that they didn’t want to have to wait “two years” to get the show back to its regular formula of Holmes and Watson solving crimes. He explained:

There was a big debate about whether to kill her in episode 1, instead of more traditionally in episode 3 at the end of the [season]. But let’s not give ourselves that two years to forget how mad they are at each other. Let’s do it in a circumstance where we have to come back in a week and make this show work again. I think it does.

A BBC source told the Radio Times that the network understands that there will not be more Sherlock in January 2018, but is “reasonably hopeful” that more will air in January 2019.

“Everybody’s schedule is difficult,” Moffet told the Radio Times. “Benedict and Martin aren’t just two of the finest actors of their generation, they’re stars, in demand everywhere. Sherlock can only ever be a passion project. So give us a moment and Mark and I will go back to [Arthur Conan] Doyle and see what we’ve missed. The game may still be on.”

Although Cumberbatch had been in films like The Other Boleyn Girl and Atonement before starring on Sherlock, the show made him an international star. He went on to appear in War Horse, Star Trek Into Darkness, 12 Years a Slave and Black Mass. In 2014, he played Alan Turing in The Imitation Game and earned his first Oscar nomination. He’s also a part of the Marvel universe as Doctor Strange, starring in Doctor Strange and the upcoming Thor: Ragnarok.

Freeman first gained international attention by playing Tim Canterbury in the original U.K. version of The Office. His character was the model for Jim Halpert in the U.S. version. Since Sherlock raised his profile, Freeman has starred as Lester Nygaard on the first season of Fargo and played Bilbo in Peter Jackson’s The Hobbit trilogy. He’s also a member of the Marvel Cinematic Universe as Everett K. Ross, who first appeared in Captain America: Civil War and will be seen in Black Panther. 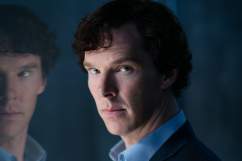 ‘Sherlock: The Final Problem’: What Time & Channel Is the Show on?