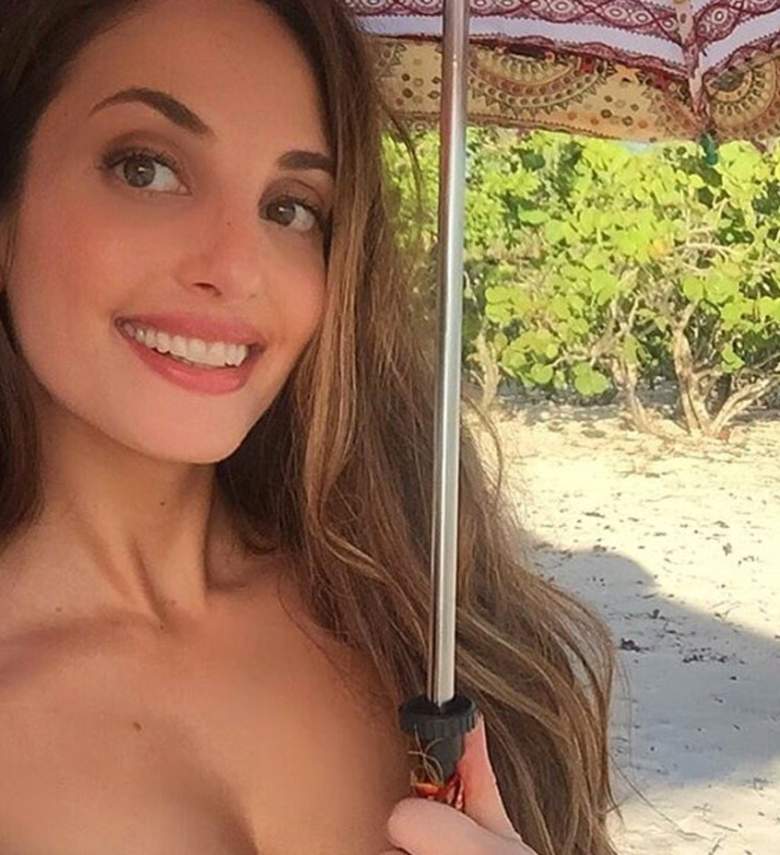 Christie Brinkley may be 63, but that isn’t stopping her from putting on a bathing suit and modeling for Sports Illustrated’s swimsuit issue. That’s right– this year, Brinkley will appear in SI alongside her two daughters, Alexa Ray Joel, 31, and Sailor Brinkley Cook, 18. Alexa Ray is a singer, songwriter, and pianist, and the eldest daughter of Billy Joel and Christie Brinkley.

Read on to learn more about Alexa Ray Joel.

1. Her Parents Are Billy Joel and Christie Brinkley 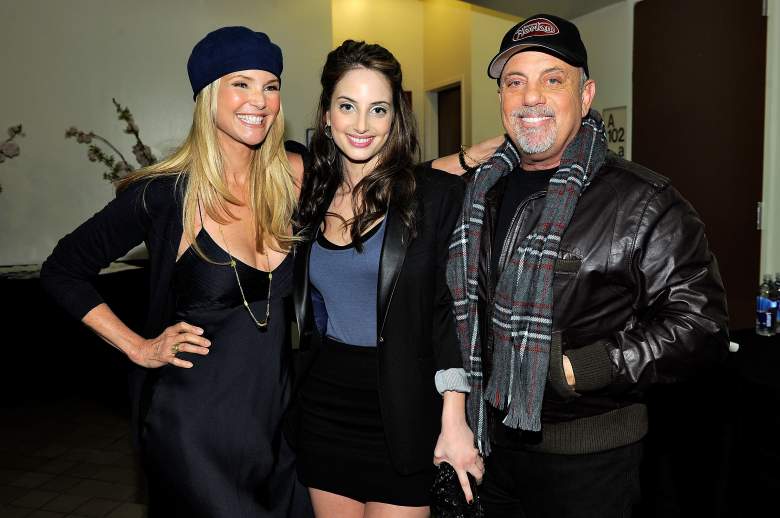 Christie Brinkley rose to fame in the 1970s after appearing in three consecutive Sports Illustrated Swimsuit Issue covers. She was also the face of CoverGirl for 25 years.

Brinkley has had four husbands– she was married to her second husband, Billy Joel, from 1985 to 1994, and Alexa Ray Joel is the couple’s only child together. Brinkley and Joel met at a hotel bar in St. Barts, shortly after her boyfriend Oliver Chandon de Brailles, was killed in a motor-racing accident in 1983. At the time, Joel had just divorced from his first wife, Elizabeth Weber. Joel had a drinking problem at the time the two wed– In 2011, biographer Mark Bego told the Daily Mail, “By this time [Joel and Brinkley’s wedding] Billy did have a problem with drinking, but Christie really thought that she could help him.” Drummer Liberty DeVitto later told the outlet that the couple disagreed on other things when it came to family, as well. “Christie wanted more kids with Billy, but Billy was always drunk.”

Speaking to Wendy Williams in 2015, Christie told the talk-show host that even though they’re divorced, she has remained good friends with Billy Joel. “Well, I’ve had a lot of practice. You know what it was, we had Alexa [Ray Joel] together and we knew that was going to bind us together for life so we wanted to make our divorce work… Of course as you’re going through it, you know, you can get a little bit raw, but you cannot find him saying a bad word about me or me saying a bad word about him, no matter what happens.”

2. Alexa Testified in the Divorce of Christie Brinkley & Peter Cook 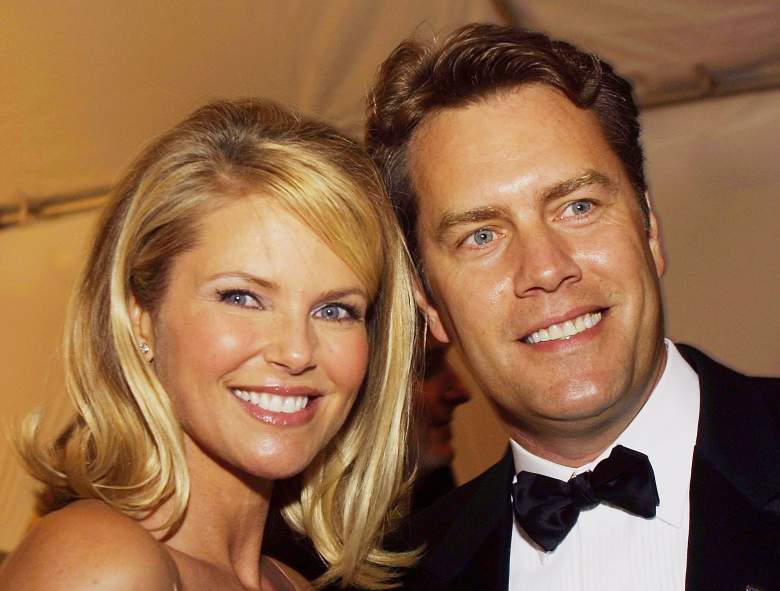 Today reported on the trial in 2008, writing that Alexa Ray Joel took part in the trial, and said that Cook once “shoved her head into a bucket of water.” Diana Bianchi, the young woman involved in the affair, testified that Cook “hid cash for her under a rock and gave her $15,000 to help her buy a Nissan Maxima in 2005.” 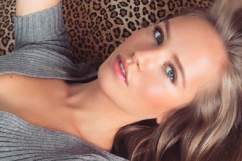 3. She Has Struggled With Depression

In December 2009, Alexa was rushed to the hospital after ingesting too many Traumeel pills that she hoped would calm her down. ABC News reports her as waking up with a sense of dread one morning, at which point she decided to take several pills. “I was genuinely, so distraught, and in so much pain… It was near the holidays. I was upset. I don’t want to like call and bother anyone with this anymore, ’cause I’m so sick of this pain, let me just, go to sleep.” Alexa was rushed to a Manhattan hospital after her roommate called 911. A few days later, she was released from doctor’s care.

Alexa confirmed to ABC that despite the incident, she was never suicidal. “I wasn’t trying to kill myself. I have a flair for the dramatic, OK, I’m an artist. I’m a performer. Did I actually want to die? Absolutely not. I was not suicidal.” According to ABC, Alexa credits her parents with helping her get out of the depression. “I knew with my mom that she was feeling the pain I was going through. I mean she’s just such a compassionate, empathetic woman… And my father, he has such perspective, he was like, ‘You got to see outside of this. You’re an intelligent, talented, beautiful woman.’ He just would build me up so high, so, I — I have a really good mix with the two.”

4. Her Middle Name Is a Tribute to Ray Charles 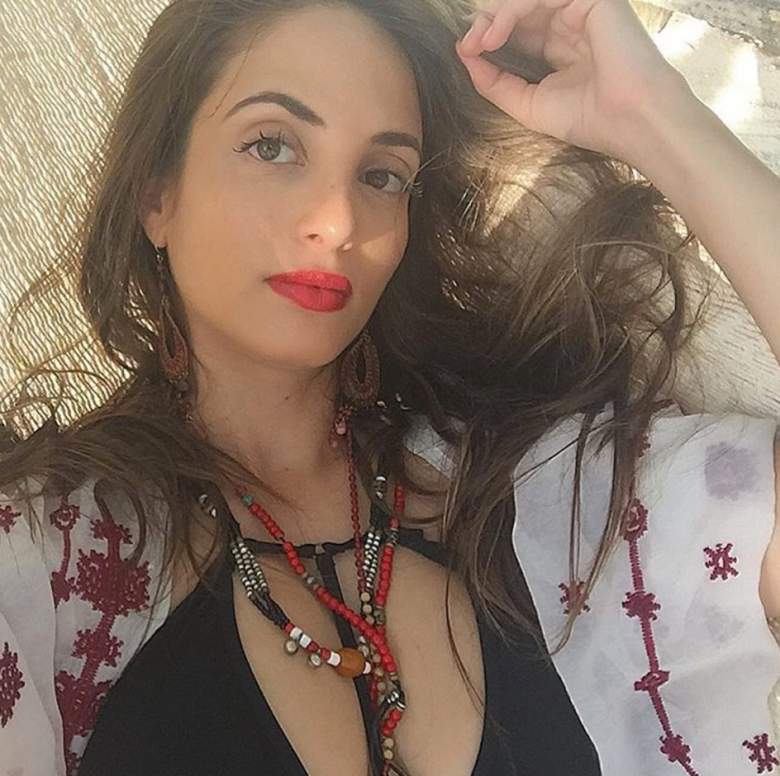 Alexa’s middle name is a tribute to Ray Charles, according to Chorus and Verse.

The 31-year-old was born in Manhattan, and was writing songs by 15. When she was 19, she put together a band and performed her first live show in Hoboken, New Jersey. Alexa’s EP Sketches was released in 2006. One year later, she performed at Bonnaroo.

Alexa’s 2008 performance with her father at the Hammerstein Ballroom was a sight to see– the father-daughter duo sang “Baby Grand” for an Obama fundraiser. Check it out below.

5. She and Her Sister Sailor Recently Spoke Out About Dealing With Body Issues Growing up

I've had issues with my body image since before I can even remember. I grew up not loving how I looked and felt held back because of it. I don't know why I always felt that way, sure I had baby fat and definitely went through a plethora of awkward phases, but I had a family that loved me i had friends who made me laugh etc. But for some reason I still looked in the mirror and always somehow found something to pick on. I went from being "too fat" to "too thin" to "too muscular" and I never felt satisfied. My body and I have been through it all. But recently I have been liberated. I am healthy, i treat myself well, and for that i'm happy. I've looked in the mirror and been able to LOVE the things about my body that beauty norms deem 'undesirable'. I now have grown to know that my body is worthy of so many great things. I don't need to be a size 0 to believe in myself. My body carries me each and every day, it loves the people i love, it holds what makes me healthy and strong, it bends it shakes it runs and it CHANGES. That is okay and that is beautiful. I could not be more grateful to the beautiful and strong @mj_day for including me in this years Sports Illustrated Swimsuit Issue ??❤ This is more than a magazine to me and always has been. As a growing young woman SI showed me all bodies are different and all bodies are worthy of celebrating. Thank you thank you @si_swimsuit for celebrating my beautiful mama, my beautiful sister, I, and ALL WOMEN!! How lucky am i?! ??? i think I'm dreaming. ??? thank you!!!!!!! ❤ (Also, thank you @hayleythorpeholla and @v_beast and everyone at @dogpound for changing my life ?❤) More to come!!!!!!!!

In their Sports Illustrated shot, Christie, Sailor, and Alexa pose in sexy black bathing suits. Sailor, Christie’s 18-year-old daughter and Alexa’s half-sister, recently uploaded the Instagram photo above, writing, “I’ve had issues with my body image since before I can even remember… I grew up not loving how I looked and felt held back because of it.” Sailor later adds on that now she treats herself well and loves herself for that. “I’ve looked in the mirror and been able to LOVE the things about my body that beauty norms deem ‘undesirable.’ I now have grown to know that my body is worthy of so many great things. I don’t need to be a size 0 to believe in myself. My body carries me each and every day, it loves the people I love, it holds what makes me healthy and strong, it bends it shakes it runs and it CHANGES. That is OK and that is beautiful.”

Alexa, too, has gotten candid about learning to accept herself both inside and out. According to ET, she recently captioned a Sports Illustrated snap: “This was a lesson in learning to let go, take the plunge, and embrace myself from both the inside AND out — which is something I struggle with each and every day. My purpose is to now pass along this lesson of unconditional self-love and self-respect to every woman who’s willing to listen.”