Big Little Lies is the new HBO limited series starring Oscar winners Nicole Kidman and Reese Witherspoon. The first of seven episodes airs on Sunday, February 19 at 9 p.m. ET. It is based on the best-selling book by Liane Moriarty and centers on three very different mothers and their small town, which is shattered by a murder. With a cast that also includes Shailene Woodley, Laura Dern, Zoe Kravitz, Alexander Skarsgard and Adam Scott, this is a series you can’t miss. It was also directed by Witherspoon’s Wild director, Jean-Marc Vallee, and written by Ally McBeal‘s David E. Kelley. If you aren’t near a television tonight, but still hope to watch it, here’s how you can still see it.

If you have a cable or satellite package that includes HBO, this section is for you. You can watch Big Little Lies for free via HBO Go. It’s a streaming service that’s included with a regular HBO cable subscription and includes all HBO programming. You’ll need your cable or satellite log-in information to access the service.

If you  have a cable subscription, you can also watch Big Little Lies on your TV via HBO On Demand.

If you’re in the United States and you don’t have a cable or satellite subscription that includes HBO, you can use the HBO NOW service to watch Big Little Lies. It costs $14.99 per month, but it has a free one-month trial that you can use to watch the first episodes of the series. (Ot runs seven epispdes, so youd have to sign up to watch the last three epispdes.) If you have any problems getting HBO NOW to work, you can troubleshoot it here. According to HBO’s website, all HBO programming, including Big Little Lies, should be available on HBO NOW. 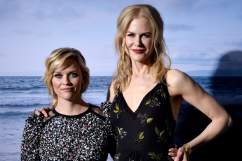 ‘Big Little Lies’ Series Premiere: What Time & Channel Is it On?